You are here: Home / Music / Sweetheart of the Rodeo by the Byrds (Vinyl record album review) 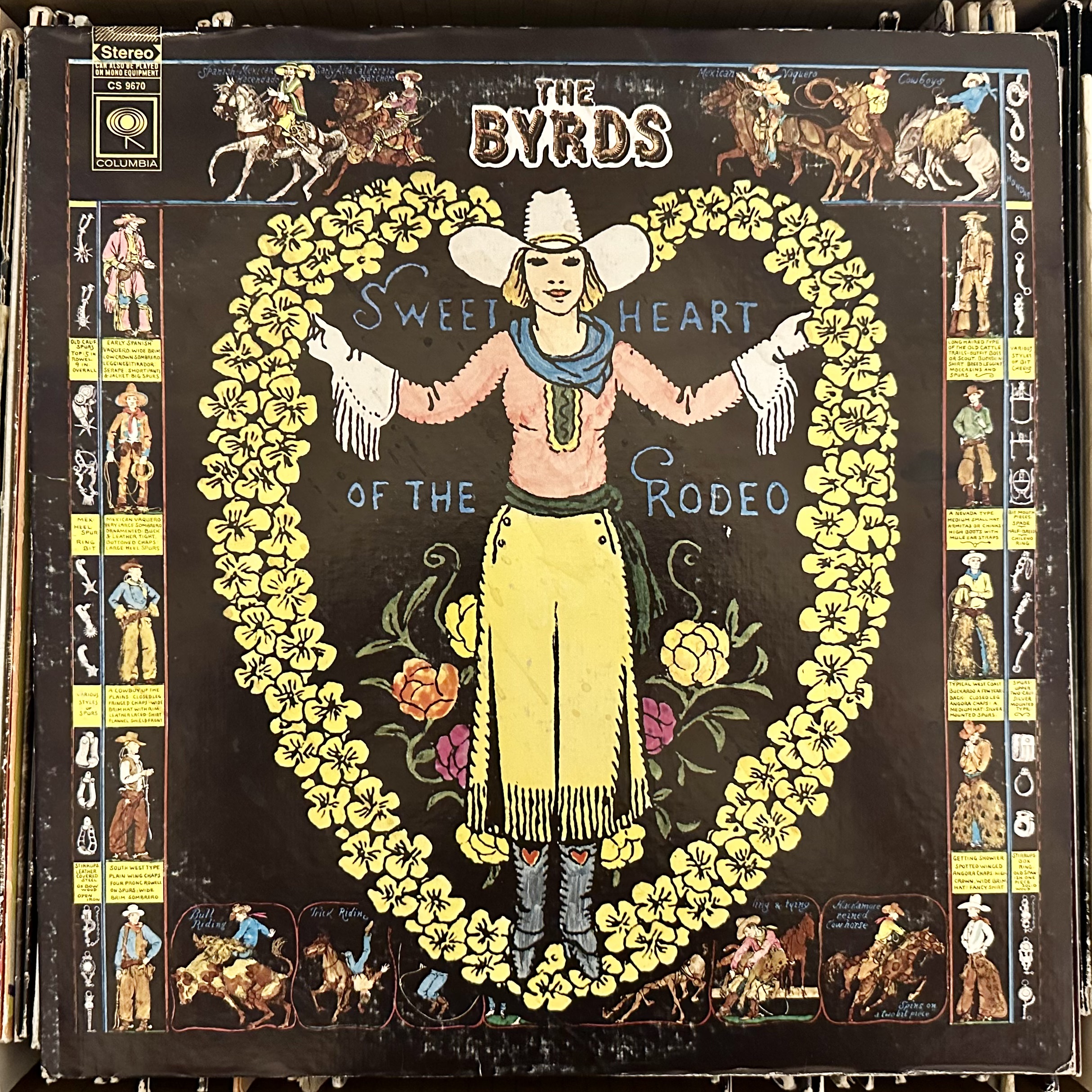 In the past several months, I’ve listened to three other Byrds records:

When I mentioned to my parents that I would be listening to this one, my father wanted me to know that it was his “favorite Byrds album,” adding that it was “a very good album” and that Hickory Wind was his favorite song on it. Describing the style, he said that it was country. Cosmic American, I asked? No, he said – more traditional country.

I guess country, though I also see that Gram Parsons joined the Byrds for this record, so maybe it will be Cosmic American after all?

First, Sweetheart of the Rodeo was phenomenal and every track on it was outstanding.

Second, like Dr. Byrds & Mr. Hyde, it was very consistent. There were no bad songs on it, and even its worst songs might have been the best on some comparable band’s record.

Third, to say that this is traditional country (ie, country as it existed before the mid 1960s) isn’t right, in my opinion: if I were a fan of unmodified “country,” I don’t think I’d have enjoyed this music at all – too much of it sounded too much like rock, or like rock trying to reinterpret country as rock, and even though it wasn’t psychedelic in the sense of what, for example, Quicksilver Messenger Service or the Beatles or Jimi Hendrix were doing right around that time, no one who listens to it could come away with the impression that the Byrds had never tried acid. Sweetheart of the Rodeo sounds a lot like Roger McGuinn and the other Byrds records that I’ve reviewed recently, but it also sounds a hell of a lot like Gram Parsons and cosmic American music to me.

Trying to list what I liked about each song individually would get awfully repetitive, but in general I liked the whiny and twangy country-style steel guitar, the vocal harmonies, the banjo and the fiddle.

Several of the songs, while very excellent, could have been faster to make me a bit happier, such as I Am a Pilgrim, a traditional song that I’ve heard a ton of artists do. I also thought the fiddle on it was great, but wouldn’t it have been better with some more Scruggs style banjo?

You Don’t Miss Your Water was also a bit slow for me, and interestingly, I actually knew it as a Peter Tosh song called Till Your Well Runs Dry.

You’re Still on My Mind, another classic country song reinterpreted, might have been my favorite on the record, and was such a good example of how much better country music can get when it meets all that rock sound.

I felt the same way about Life in Prison, a Merle Haggard song that they made a little more upbeat and just added so much richness to it.

When they got to Woody Guthrie’s Pretty Boy Floyd, though, giving it a bit of a bluegrass sound with banjo and some slightly Oompa-Loompa guitar… I want to be respectful to Guthrie, but the Byrds didn’t just take it to another level, but took it to ten other levels that he never even imagined.

I thought Hickory Wind was fine, but I wanted it to be faster at every moment. Of Gram Parsons songs, I liked One Hundred Years from Now was much better, with just the right harmonized vocals and just the right pacing and intensity. Maybe it was more of a rock song than most on the record.

Nothing Was Delivered was a bit like that also. Its chorus sounded like the folk rock Byrds of a different era, which was cool, and I loved how that fit into the rest of the song. It also had a great bass line and percussion, and putting it at the end was perfect.