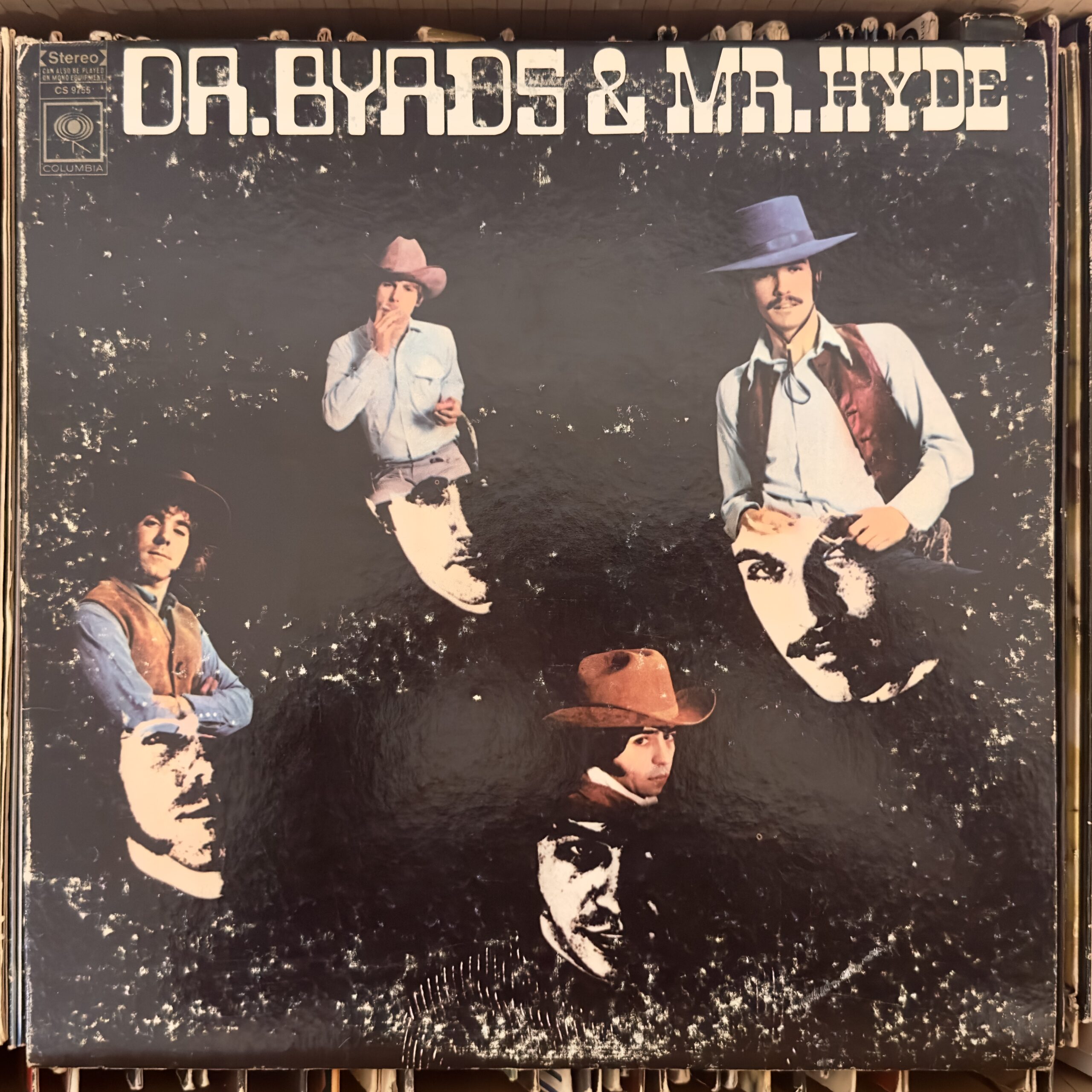 I’ve never listened to this record before, but I’ve previously reviewed (Untitled) (1970) and Farther Along (1971) and liked them both.

Country rock with blues rock and folk rock influences. My father was excited to hear that I would be listening to this record and said that it would have some great songs.

What stands out the most to me about Dr. Byrds & Mr. Hyde is its consistency: the musical style was country rock across the board, with some hard rock elements throughout like distorted electric guitar solos, a lot of rhythm guitar richness and some vocal harmonizing, noticeable drumming and no showy vocals. There wasn’t a single song that I disliked, but none of them stood out as particularly excellent, either.

Old Blue, an outstanding country rock take on a folk song, might have been the best on the record (but there really wasn’t a worst).

Nashville West was also on (Untitled), though I can’t recall if it was the same version. I liked it a lot, but it’s hard to make sense of the ending.

Drug Store Truck Drivin’ Man was also on the Woodstock soundtrack and I stand by my assertion that it was an asinine song, but that’s really just the lyrics. Musically, it could hardly have been better.

Overall, this is the rare LP whose parts are so consistently good that the whole ends up being great.