You are here: Home / Music / The Inner Mounting Flame by The Mahavishnu Orchestra with John McLaughlin (Vinyl record album review) 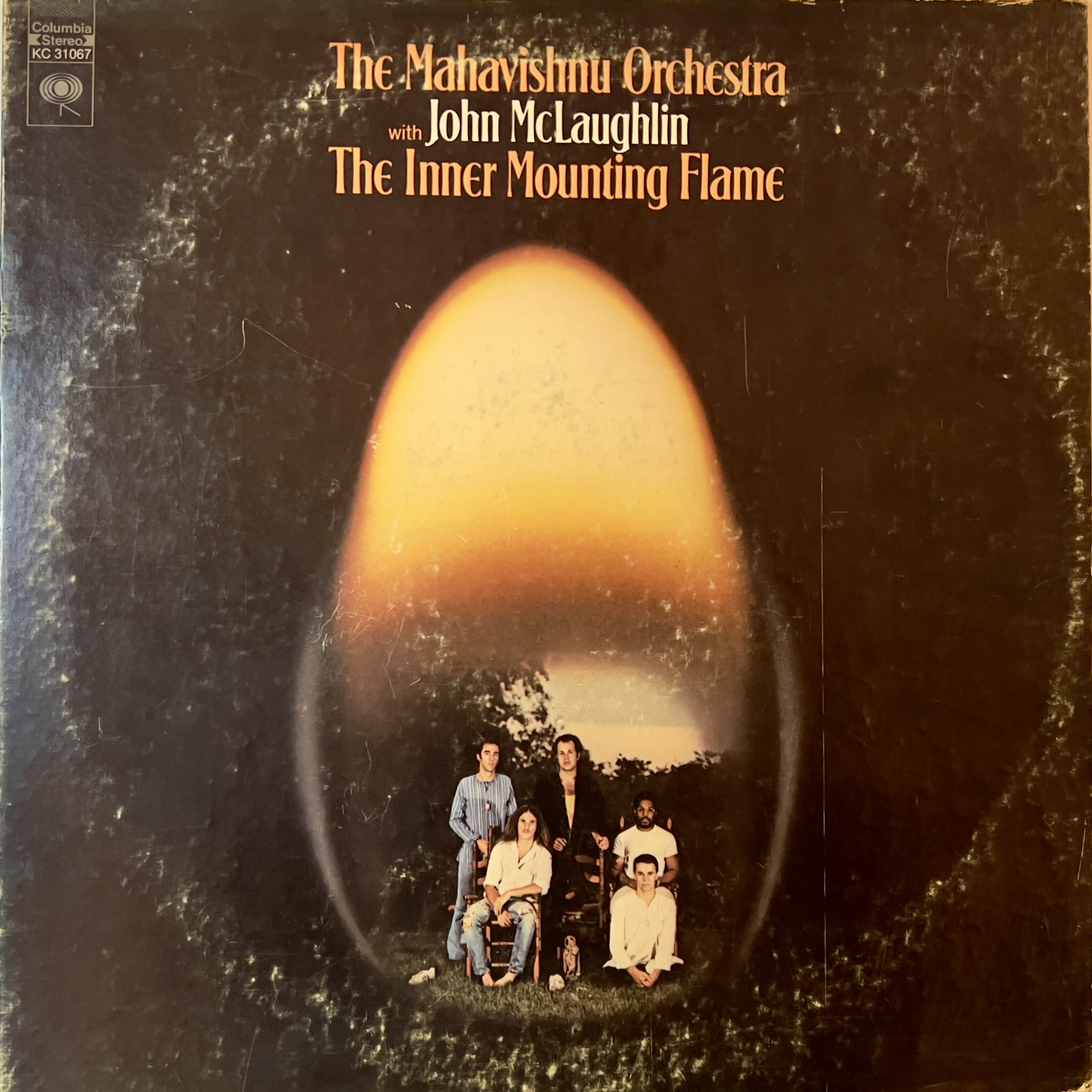 Issue one! Ok, that’s going to be my first and last John McLaughlin joke. I have never heard of this group and don’t have any idea what it is.

There’s no justification whatsoever for me to know even a single word of Sanskrit, but I do happen to know that “maha” is the Sanskrit word for “great” (cognate with the Greek “mega”) and Vishnu is the preserver god in the Hindu trimurti, whose name means “all pervasive” or “he who is everything and within everything.” Could this maybe be Indian-style music? I love some ragas, but I’m going to guess soft rock.

Wow. This was… maybe acid jazz? I didn’t really hear much Indian influence at all, though what I heard was so unlike what I’m accustomed to hearing that I don’t even know what I might have missed, or what might have been too subtle for me to pick up.

Parts had a very traditional electric blues sound like The Dance Of Maya, and other parts were more progressive rock and even hard rock, with electric guitar solos that I might expect of heavy metal (and recall that this was recorded in 1971), but the dominant sound was psychedelic, jazzy, and heavy. I loved it.

Vital Transformation was fantastic, and the beginning of it especially was incredible.

A Lotus On Irish Streams sounded a bit like my nature sounds playlist, pretty unlike the rest of the record (but ironically more like what I expected the whole record to be), and I’d say it was the worst song.

I really tend to prefer music that’s melodic and rhythmic, but “The Inner Mounting Flame” had a certain unmistakable excellence that really set it apart from… pretty much everything.

5/5: with absolute metaphysical certitude, you should check out the Mahavishnu Orchestra