You are here: Home / Music / (Untitled) by The Byrds (Vinyl record album review) 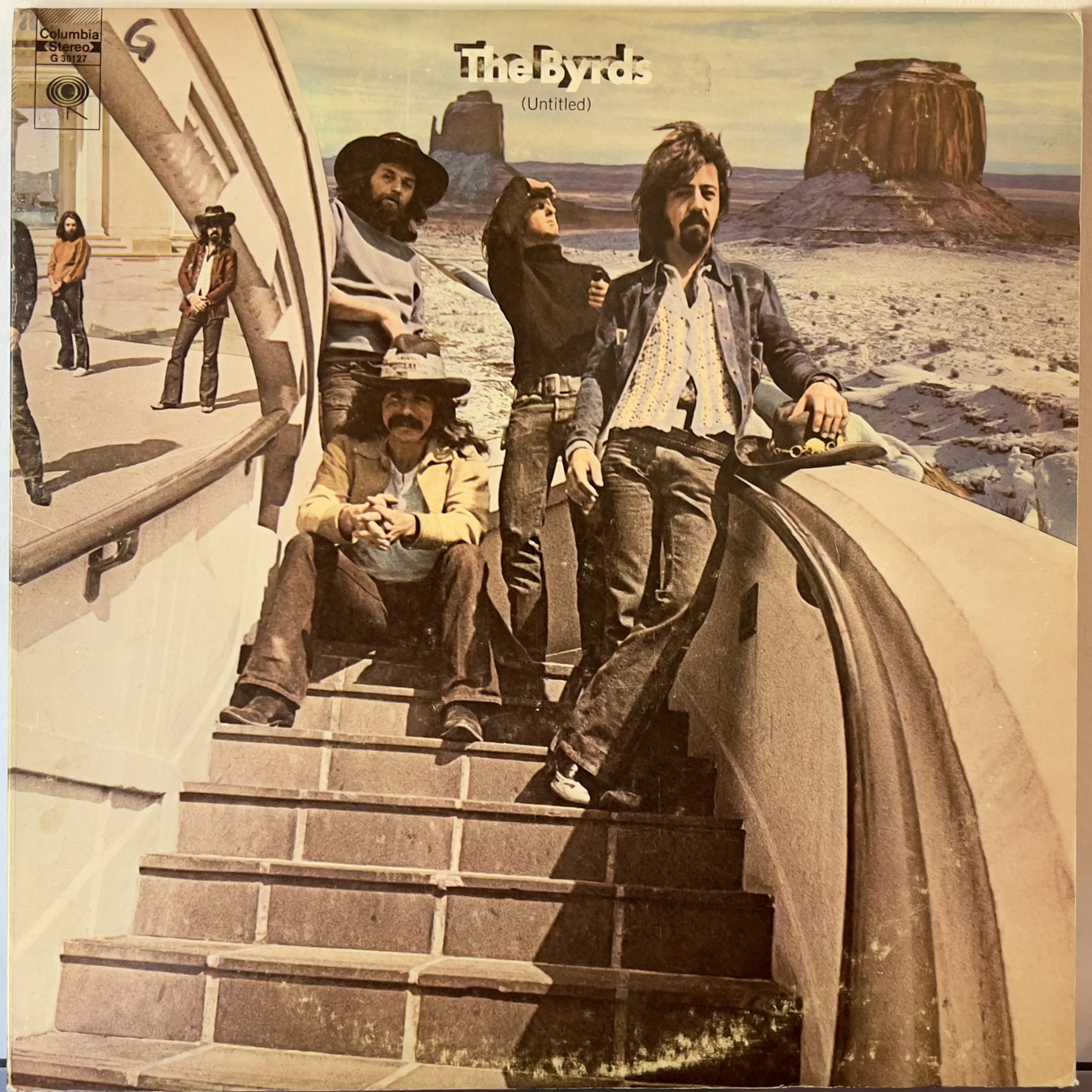 I listened to Farther Along a month ago and was pleasantly surprised, but I’ve never heard “(Untitled)” before.

“Farther Along” had a decent diversity of musical styles – rock, country, Bob Dylan impressions, bluegrass, Oompa-Loompa – and this record is from the same era, with some Dylan covers, so I’ll guess a similar mix.

The first two sides were recordings from concerts, and I thought they were both excellent, especially side one. Country rock was the predominant style, but parts were more hard rock. Lover Of The Bayou was a great blues rock opener, powerful but subtle, and I liked the rocking, fast tempo Nashville West (an instrumental) and So You Want To Be A Rock ‘N Roll Star, which had a pretty strong beat, but weaker vocals.

Both of the Bob Dylan covers, Positively 4th Street and Hey Mr. Tambourine Man, were excellent: faithful representations of what Dylan had written and performed, but with a lot more going on, the Byrds gave these songs a richer sound, and turned Hey Mr. Tambourine Man in particular into the rock song that I think it always wanted to be.

Eight Miles High was more of a long jam that took up the entire second side, and actually sounded more like multiple songs in one, and I thought it was pretty good.

The third and fourth sides were new studio recordings and were much more like “Farther Along” and what I expected. Parts were more country, like Yesterday’s Train, while Well Come Back Home was more of a standard Byrds-style rock song with strong folk influence. Just A Season also sounded a lot like the early Byrds, or early Dylan, or both.

Their version of Take A Whiff, the Lead Belly classic, was pretty good, but I’ve definitely heard better (and Lonnie Donegan’s version Have a Drink On Me is almost equally a classic).