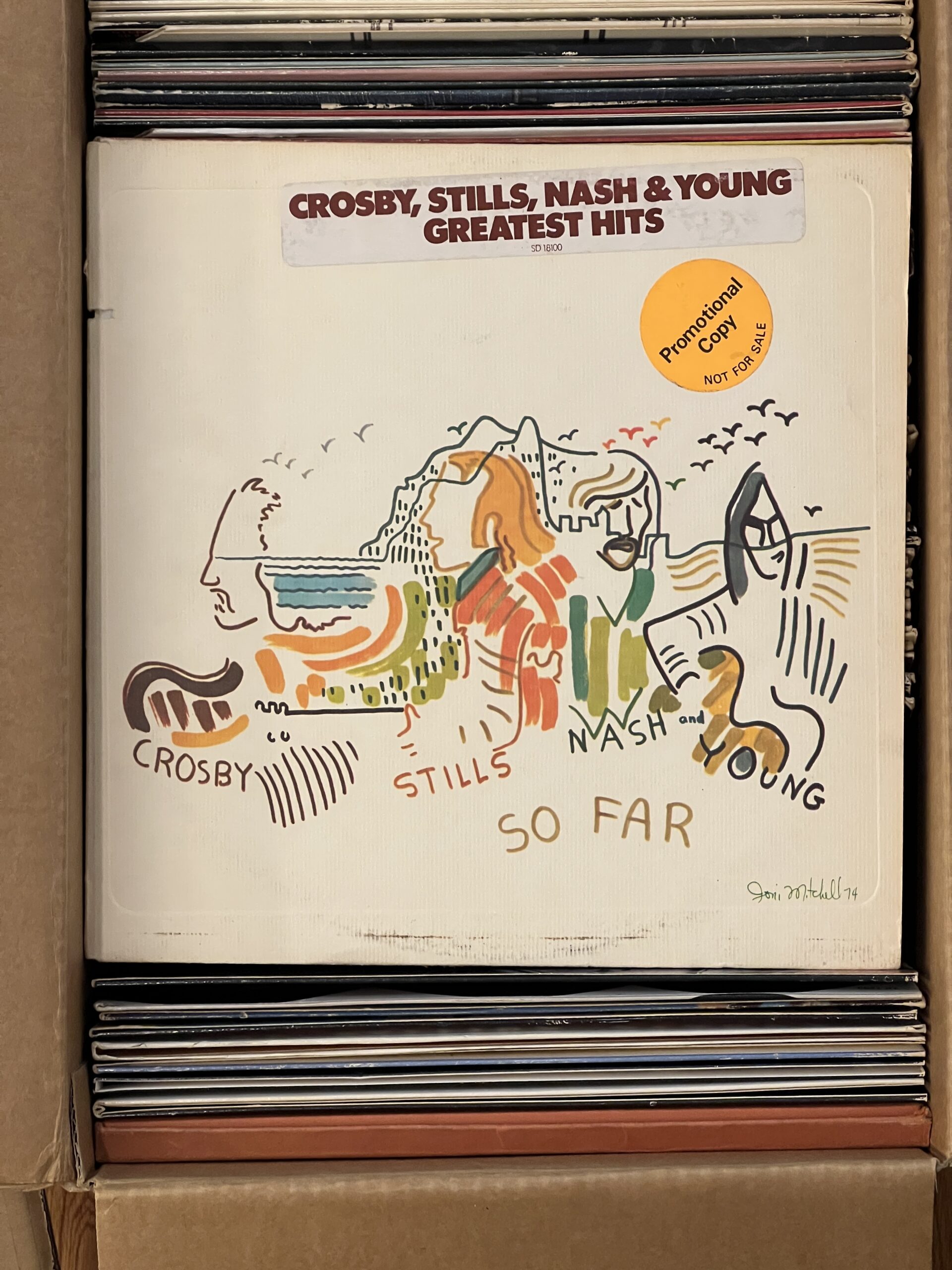 I know Crosby, Stills, Nash and Young fairly well, and would definitely consider myself a fan (as well as a CSN fan and a Neil Young fan). I didn’t realize that this greatest hits record existed, but I’m pretty sure I’ve heard all the songs on it.

Suite: Judy Blue Eyes is one of the most sublime and wonderful songs of its era. I’ve also long been a fan of Our House and Teach Your Children, and have always found Ohio somewhat catchy but also rather obnoxious.