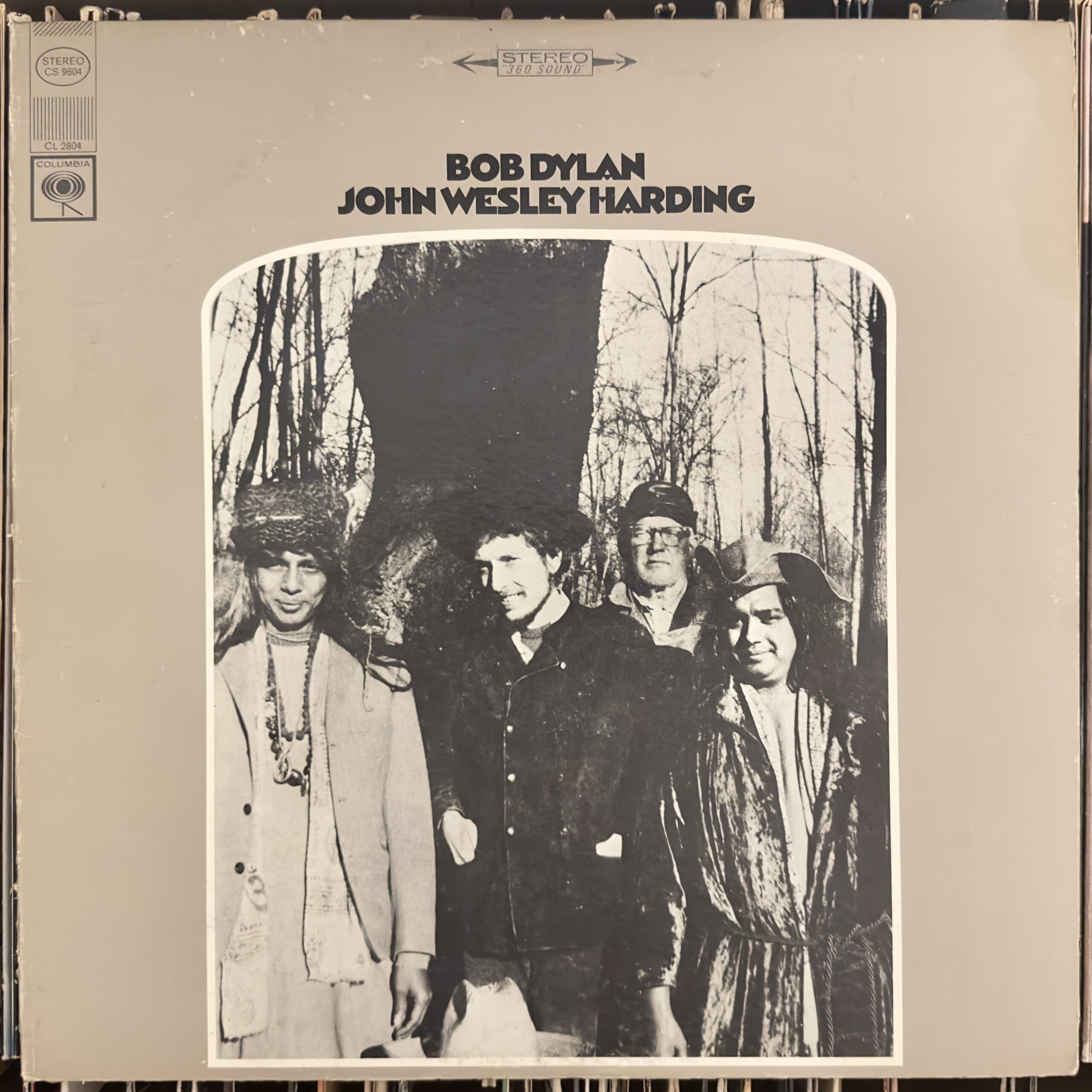 First of all, there’s a lot of harmonica on this record – like, more harmonica than I’m accustomed to hearing. And all the songs had a remarkably consistent sound that was acoustic and tight, with very little adventurousness of the sort that Dylan has done frequently throughout his career.

Several of them in fact, sounded like they could have been one song, or different parts of one song, or maybe just multiple songs played as if they were all one song: John Wesley Harding (the song), As I Went Out One Morning, I Am a Lonesome Hobo.

Then there were a few that sounded very similar, except with a somewhat slower tempo: Dear Landlord, I Pity the Poor Immigrant, I Dreamed I Saw St. Augustine (I’m going to venture a guess that Dylan was referring to Augustine of Hippo, not Augustine of Canterbury, but does he even know that these were different people?).

And Drifter’s Escape sounded like the same song, only a bit faster.

The Ballad of Frankie Lee and Judas Priest was more conversational than the rest, and was incongruously upbeat – I thought it would never end!

The Wicked Messenger also had a different vocal style that was sort of louder, more negative or harsh or accusatory sounding, and different instrumentation with a much more prominent bass line. This was one in which the harmonica really detracted.

Another song that I thought really wasn’t helped by the harmonica was Down Along the Cove, which kind of had a bit of a soul sound, with some country style guitar twang, and was almost kind of dancey. And I’ll Be Your Baby Tonight had even more of a country sound than that.

I’ve left All Along the Watchtower to last because I’m such a fan of it, and because I already wrote, when reviewing Bob Dylan’s Greatest Hits, Vol. 2:

All Along the Watchtower was probably the high point for me; I listen to the Hendrix version a lot (and I think it will come up imminently in a review, as I noticed that album on the shelf), so hearing Dylan’s totally-different-and-almost-as-good take was very cool.

By the end of this record, I wanted to yank Dylan’s harmonica out of his hands and smash it with a hammer. I also think this is a solid and strong record, and would have been a lot of artists’ best and best known record of their careers, but I still stand by my decision to exclude it from my routine Dylan listening, though do I think I’ll listen to it more often.