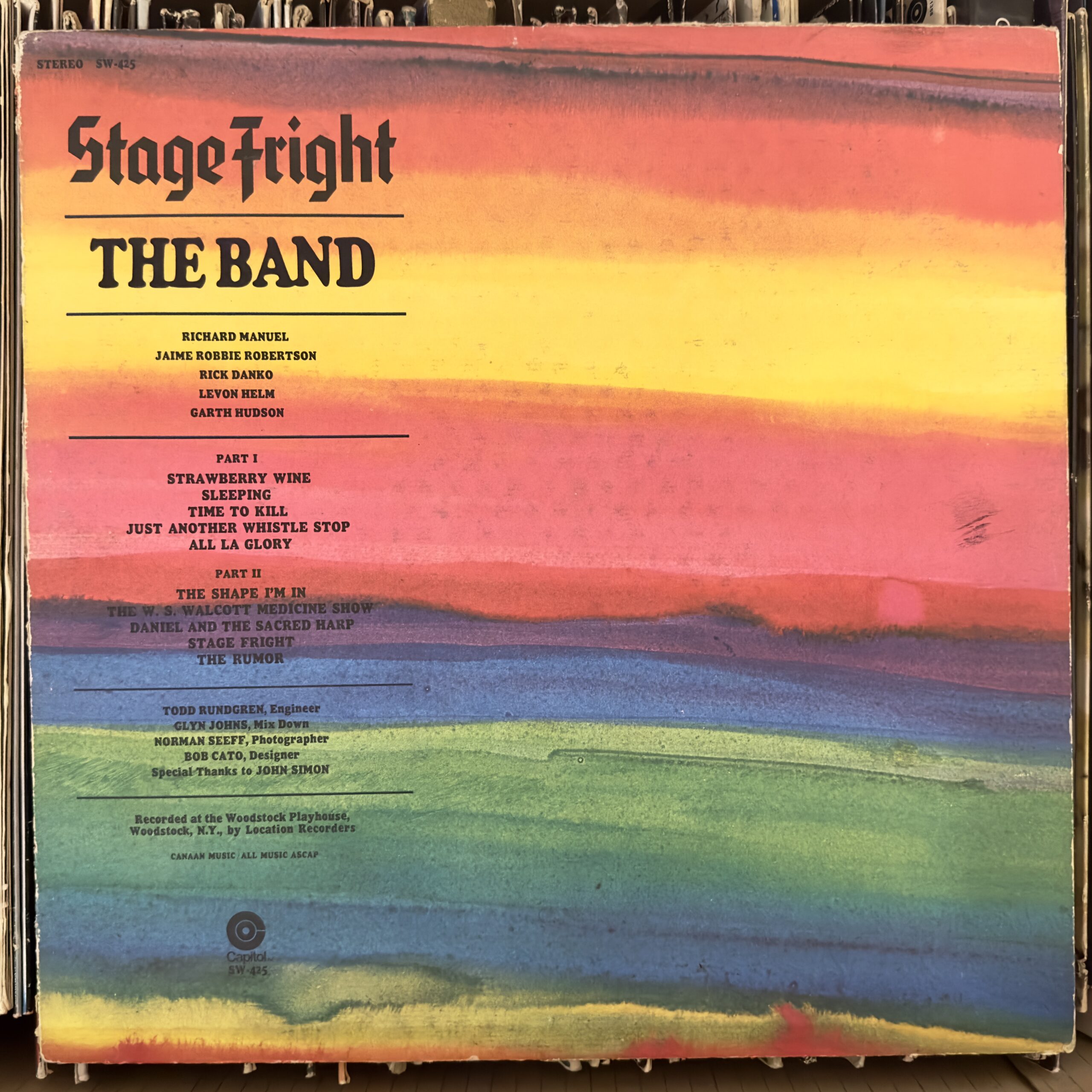 I mainly know of the Band as Bob Dylan’s band, from a different era.

My parents both say that this is a great record (and my mother says that my father probably also had a copy of it, but only her copy is in their collection), and apparently there are famous songs on it that I’m likely to recognize when I hear them, but I don’t recognize them at all by name.

I was surprised not to recognize any of these songs, which I guess means that my parents never played this record while I was growing up and that it wasn’t a staple of classic rock radio in the late 1990s.

The dominant style was blues rock and they were all musically complex and interesting.

There definitely weren’t any bad songs on the record, but none stood out as particularly good, either.

Sleeping, which was slower and jazzier than the rest, and which made more use of piano, might have been the least good.

The best stretch was on the second side, from the anxiety-inducing The Shape I’m In to the very bluesy The W.S. Walcott Medicine Show to Daniel and the Sacred Harp, which had more of a country style, and Stage Fright, which kind of reminded me of Bruce Springsteen’s lyrical and vocal styles.