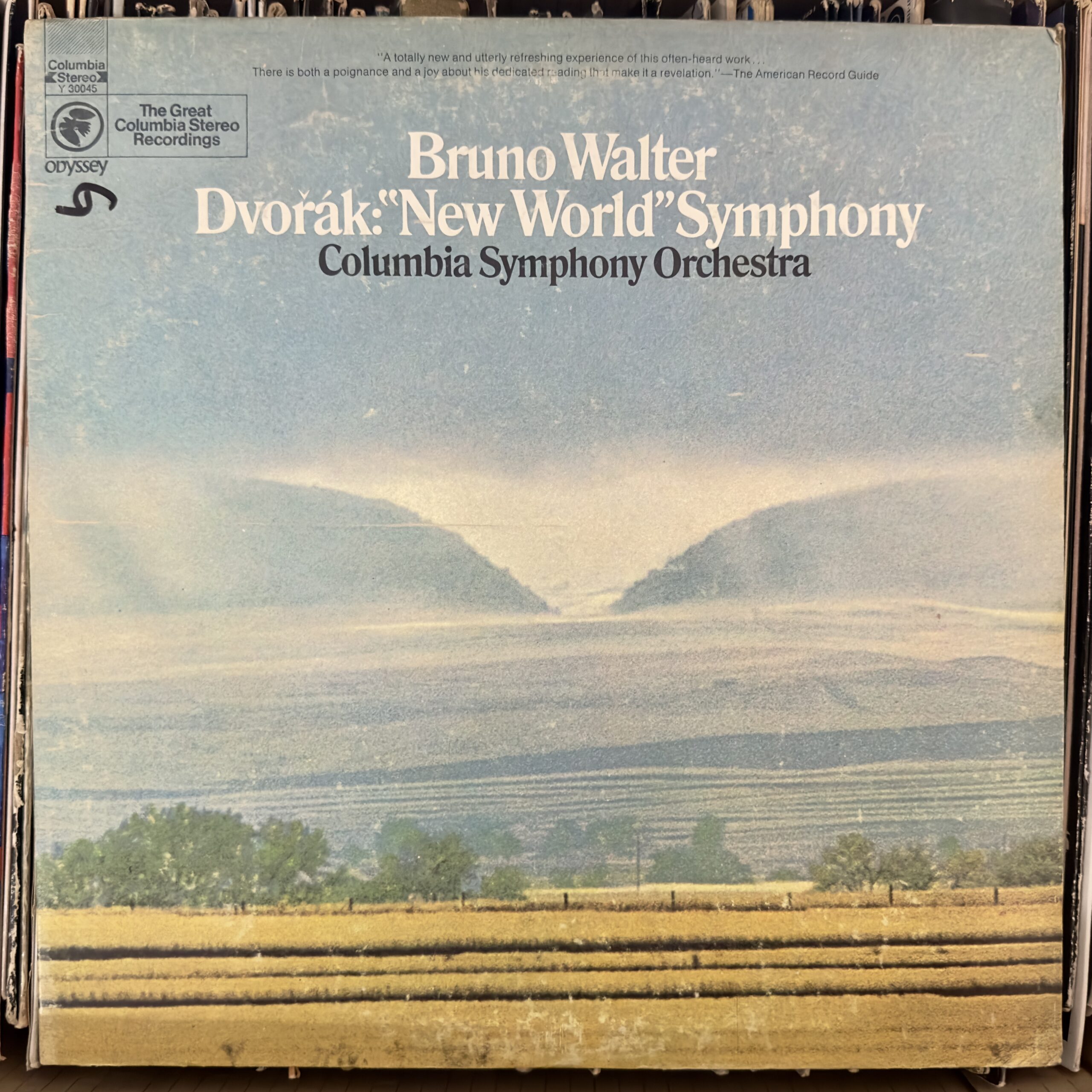 I’ve definitely heard of Dvořák and of this symphony before, and I assume that I’ll recognize it once I hear it, but there’s no way that I’d be able to say, “That’s Dvořák’s ninth!” or anything like that.

As expected, listening to the “New World” Symphony was as if I’d heard it every day of my life, which actually isn’t all that much of a stretch; this is some of the most widely played and frequently heard classical-style music in existence. And it’s enjoyable, with a lot of memorable and distinctive parts.

I don’t particularly recall my father ever playing it around the house, and I’m not quite sure why he owned it. I had speculated that he may have gotten it for a music theory course that he took in college, but I’m not actually sure that he ever took music theory, and also, the release date is one year after he graduated.