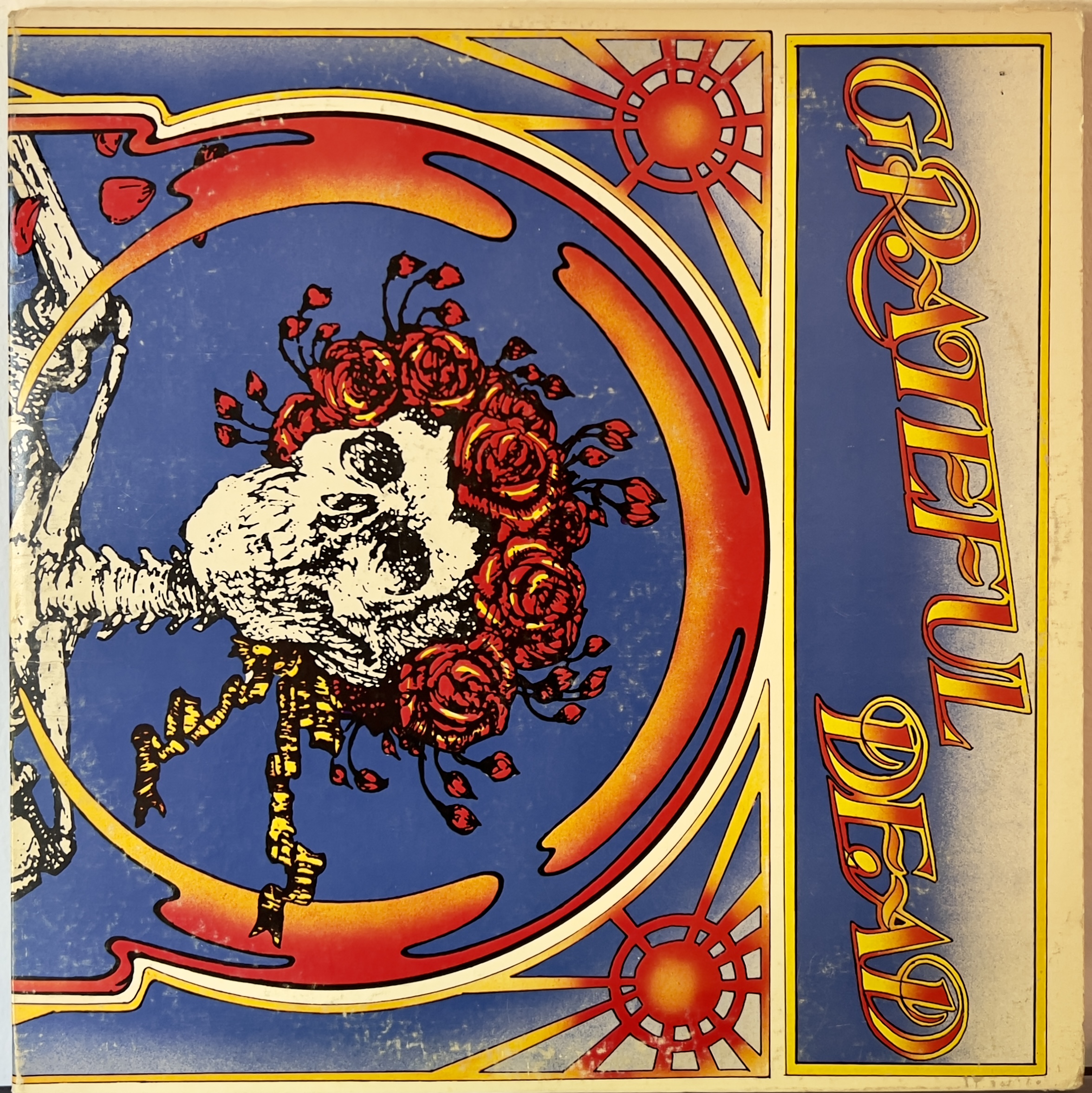 I’m just a bit too young to have seen the Grateful Dead perform live – I vividly recall being in my grandparents’ beach house in Margate, New Jersey, the adults and my cousins shocked and upset, after the news of Jerry Garcia’s death (which was also the same day as the Netscape IPO) when I was 14.

I’ve listened to approximately a zillion hours of live Grateful Dead recordings – in part because my parents were fans when I was a kid, and also in the past ten or fifteen years my father has always had their concerts playing on satellite radio when he’s in his car, but also I love a lot of their music despite not being a “jam band” fan.

I’ve never specifically listened to this this record (which I guess is just called “Grateful Dead,” despite being known by their fans as “Skull and Roses,” and which the band named “Skull Fuck”), but I expect that I’ll know more or less all the songs on it.

It’s a live Dead record from 1971, so that basically says everything.

First of all, this was awesome, and especially so because in 1971, these guys were not really a big deal, but by doing essentially the same things, again and again for three decades or so, they made themselves into the biggest deal. So I’m sure that someone listening to “Skull and Roses” shortly after it was recorded might have enjoyed it, and maybe even loved it, but would have completely lacked the ability to grasp how significant it was.

Also, the Dead could have gone the way of a lot of bands who made horrible music in the later 1970s and 1980s, but chose not to do that, and that’s special.

At any rate: the sound on this record seemed maybe a little flat, or almost compressed too much. It was as if I was listening to MP3s on a MacBook, and wasn’t able to pick out the sharp sounds. Maybe that was the copy I listened to, but what a bummer.

I loved it, though. Two of their covers really stood out: Me and Bobby McGee was good, but their version of Johnny B. Goode was outstanding. Playing in the Band was also so, so good.

Side 2 was an 18+ minute jam called The Other One and, predictably, was the most boring part.