You are here: Home / Music / Hooligans by The Who (Vinyl record album review) 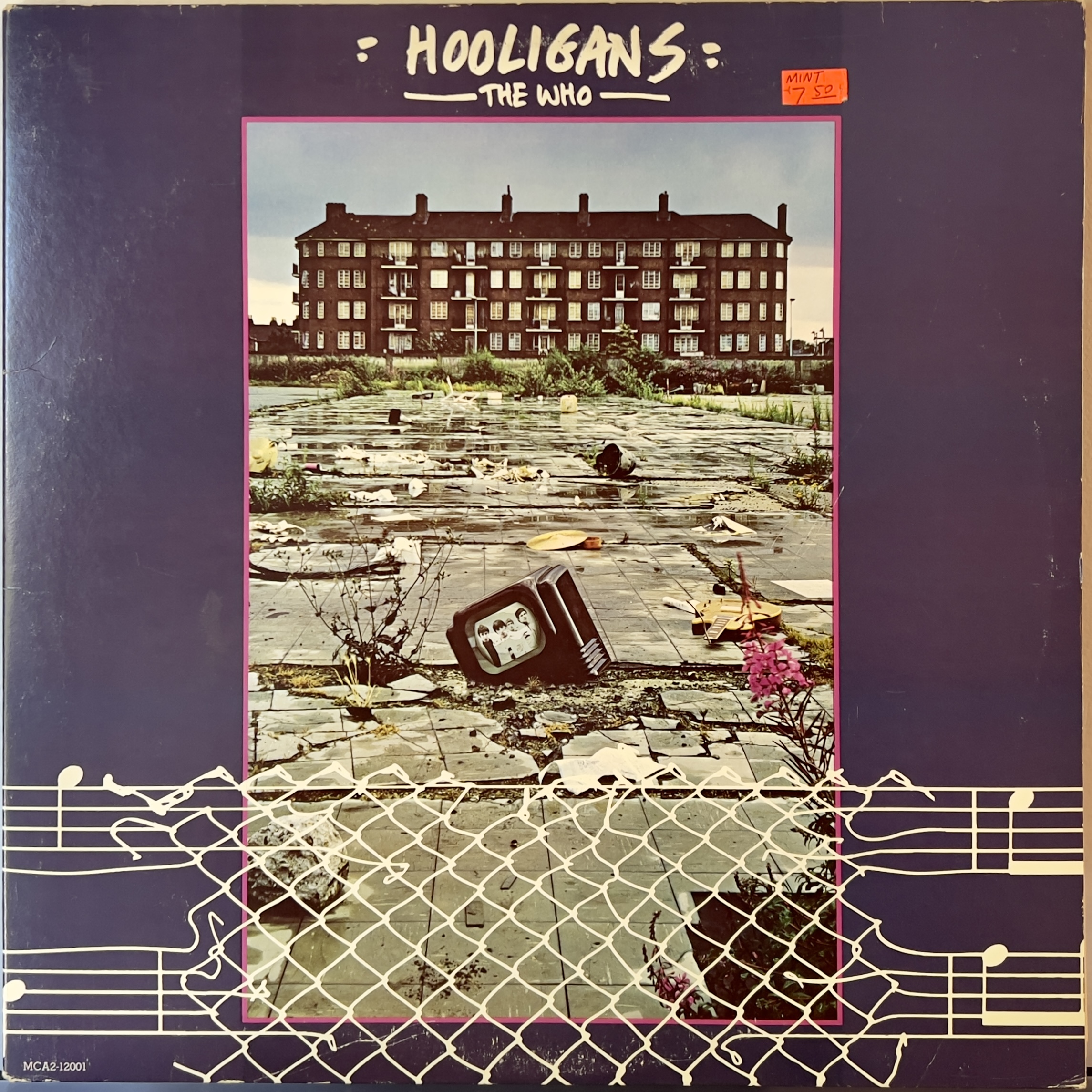 I’ve been a fan of the Who for decades, and I’m pretty sure that this record was part of my parents’ collection because I bought it and left it in their basement (as I never owned a turntable until my parents gave me theirs when they moved). It’s a compilation and I know most of the songs on it, especially the earlier songs, but I don’t have any clear memory of ever listening to it.

Four sides of The Who, but focusing much more on their 1970s era music than on their earlier eras.

If you name your band “the Who,” you’re obviously doing it for the puns, and for other people to use a lot of puns about you. In this case, the name of the record, “Hooligans,” is an obvious example, and then to take it a step further, they even named the four sides “First Bunch of Hooligans,” “Second Bunch…,” &c.

This was the most varied and excellent side, covering a very small sampling of their Maximum R&B era (I Can’t Explain), extending through the “Tommy” era (Pinball Wizard) and “Live at Leeds”[1] (Summertime Blues). I have always loved the Who’s reinterpretation of Summertime Blues as a hard rock song.

It’s just four songs from Who’s Next (Baba O’Riley, Behind Blue Eyes, Bargain and The Song Is Over), so it might be easier just to read what I wrote when I listened to it last month.

Slip Kid is an astonishingly bad song, and in fact, this is really the era of the Who that I enjoy much less, and I know very little about it – as far as I’m concerned, there was redeeming value in “Quadrophenia,” but so much of their work from the mid 1970s was highly questionable.

Join Together and Squeeze Box are both good, but I have a difficult time listening to Squeeze Box because it’s so over the top. The Real Me was also all right.

I did not like side four of this double LP.

Who Are You is annoying, but doesn’t really bother me, except that it’s somehow treated as one of the Who’s better known and/or more important songs, but all three other songs – Drowned, Had Enough and Sister Disco were abysmal. Rock bands should not play disco music, period. And with extremely rare exceptions, such as “Who’s Next,” they should just avoid any and all techno music.

I really wish The Who had retired after “Quadrophenia.”