You are here: Home / Music / Who’s Next by The Who (Vinyl record album review) 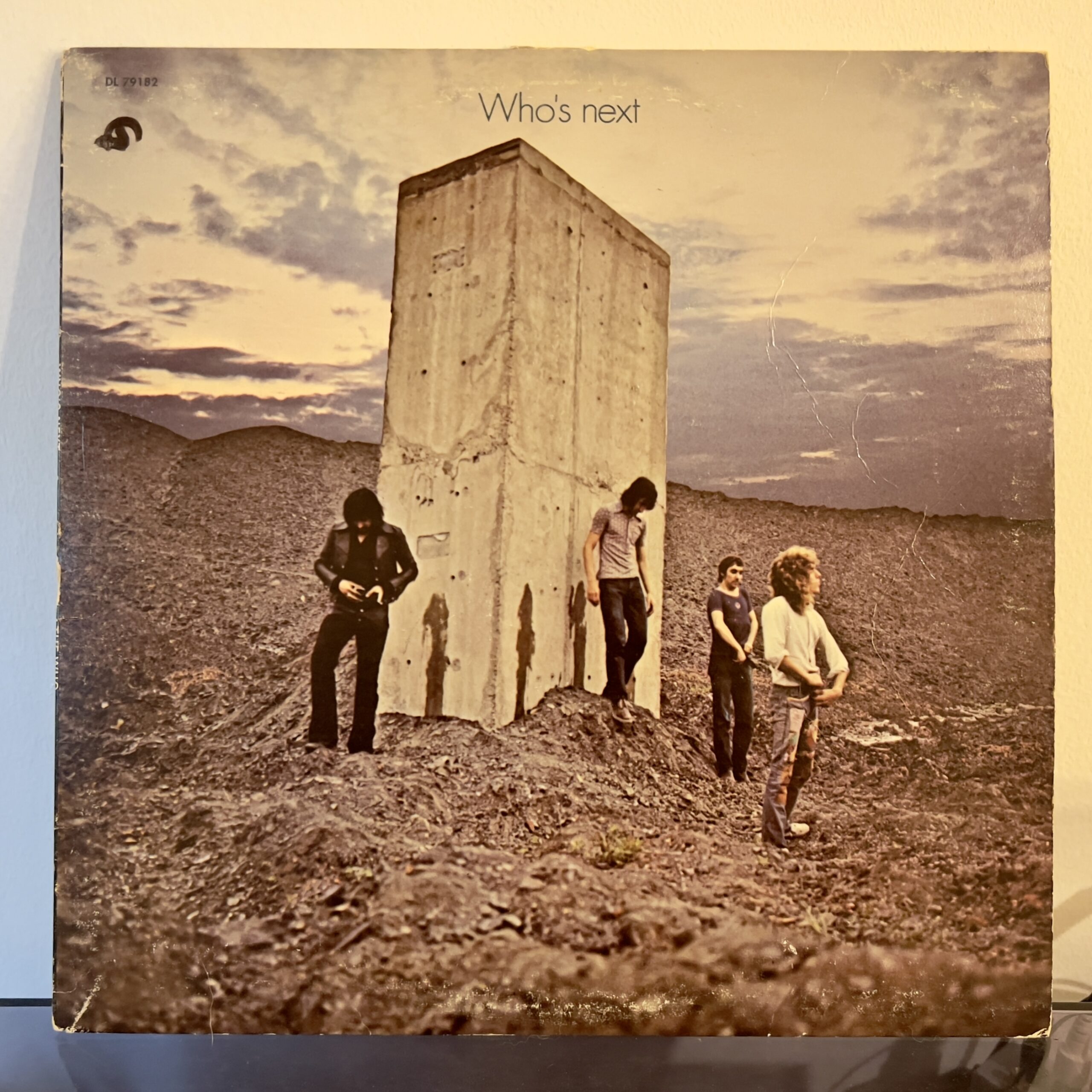 I’ve been a fan of the Who since high school, and this is one of the few records from my parents’ collection to which I listened more than once in the basement of their house in the 1990s.

A couple of iconic songs, a couple of pretty good songs, and some filler.

The opening of “Who’s Next” is a classic moment of classic rock, permanently seared into the memory of generations of young men – and probably some women, too, though I haven’t known many female fans of the Who. It was in that moment that the group who invented the highly idiosyncratic “Maximum R&B” in the early 1960s, and then helped to invent hard rock and the antecedents to heavy metal in the late 1960s, proceeded to give the world the precursor of techno music in the early 1970s. And if only the rest of techno music had sounded anything like Baba O’Riley, popular music in 2022 might be a lot better than it actually is. Alas.

I’ve always wondered whether I like Won’t Get Fooled Again or Baba O’Riley better, and I like them both a great deal; the other hit on this record is Behind Blue Eyes, and I used to be a big fan of it too, but I’ve never been able to hear it the same way after seeing Pete Townshend claim in an interview in the early 2000s that its lyrics were a reference to fascism.

Bargain, Going Mobile and Getting in Tune are all also quite good songs, and on a weaker record, they might have been a lot more prominent.

The filler: Love Ain’t For Keeping, My Wife, Song is Over.