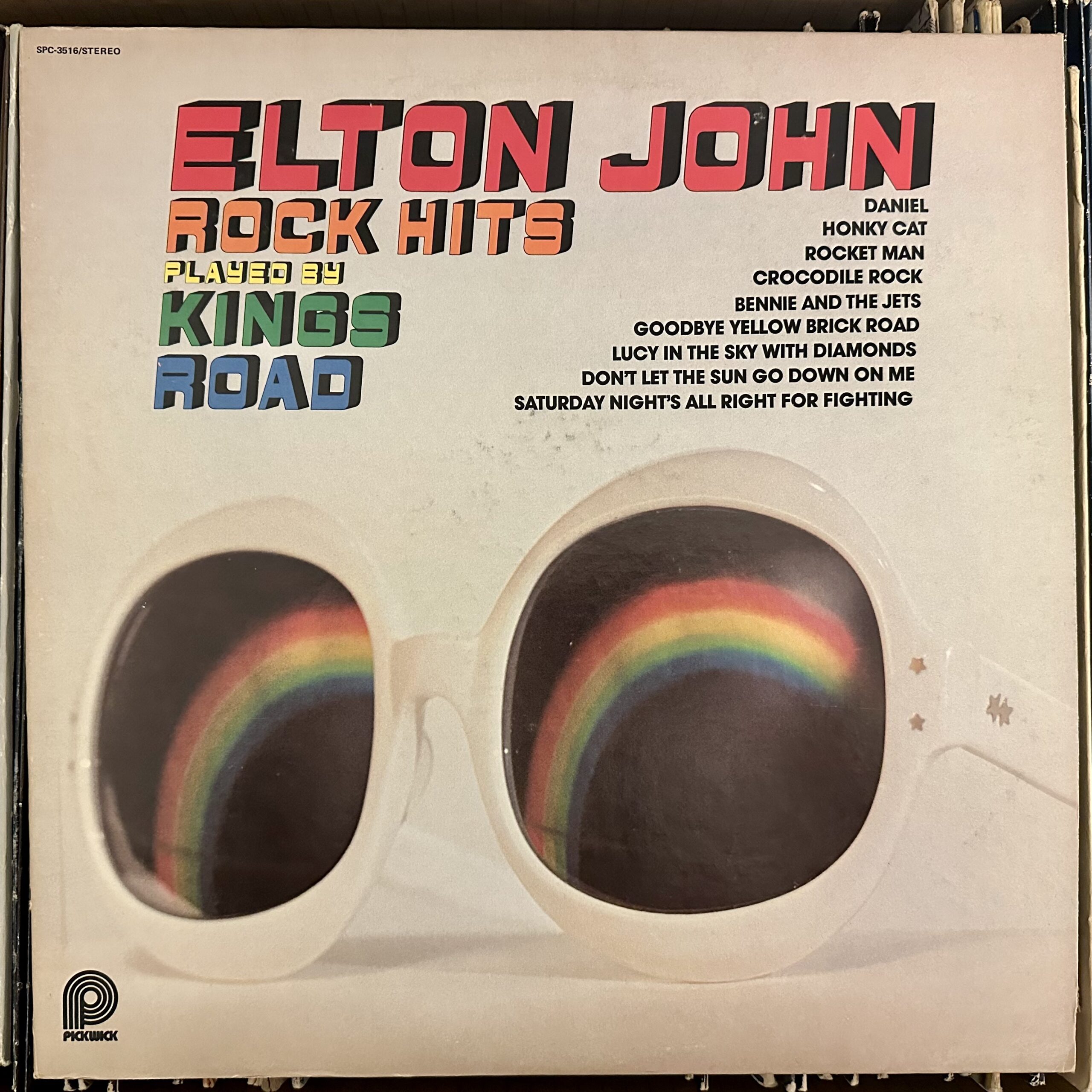 This appears to be a cover record by a group called “Kings Road,” whose name immediately made me think of this high point of Israeli popular music[1]Whatever you do, do not watch the extremely bizarre and creepy hip hop version.. I’ve never heard of it, but I have reviewed a bunch of Elton John records already:

Overall, I was impressed at the level of rock-style electric guitar throughout the record, such as on Saturday Night’s Alright for Fighting – one doesn’t usually think of Elton John songs as being particularly guitar-heavy – but distressed at the amount of piano. I really think Elton John could have created much better music by focusing on a rock style and minimizing non-rock instrumentation.

So maybe “King’s Road” had the same idea and decided to show how much of a rocker Elton John could really be? I think there’s plenty of reason for optimism, as Elton John’s songs aren’t generally bad; they’re just consistently performed in a bad style.

I would not exactly call myself an expert on the sound of Elton John, but for the most part, these songs sounded just like the regular Elton John versions of these songs.

Crocodile Rock was in an Oldies style, and I thought it was very good.

Lucy In The Sky With Diamonds, on the other hand, was pretty bad (when compared to the original – I’m not sure if Elton John ever covered it). The great thing about the Beatles song is that its sound almost sparkles, but this version was just kind of flat[2]It really showed how talented the Beatles were as musicians, even when compared to rock bands who played their instruments extremely well..

Though these were not exactly the rock reinterpretations of Elton John’s songs that I had hoped, they were at least some of his better songs.