You are here: Home / Music / Let It Bleed by the Rolling Stones (Vinyl record album review) 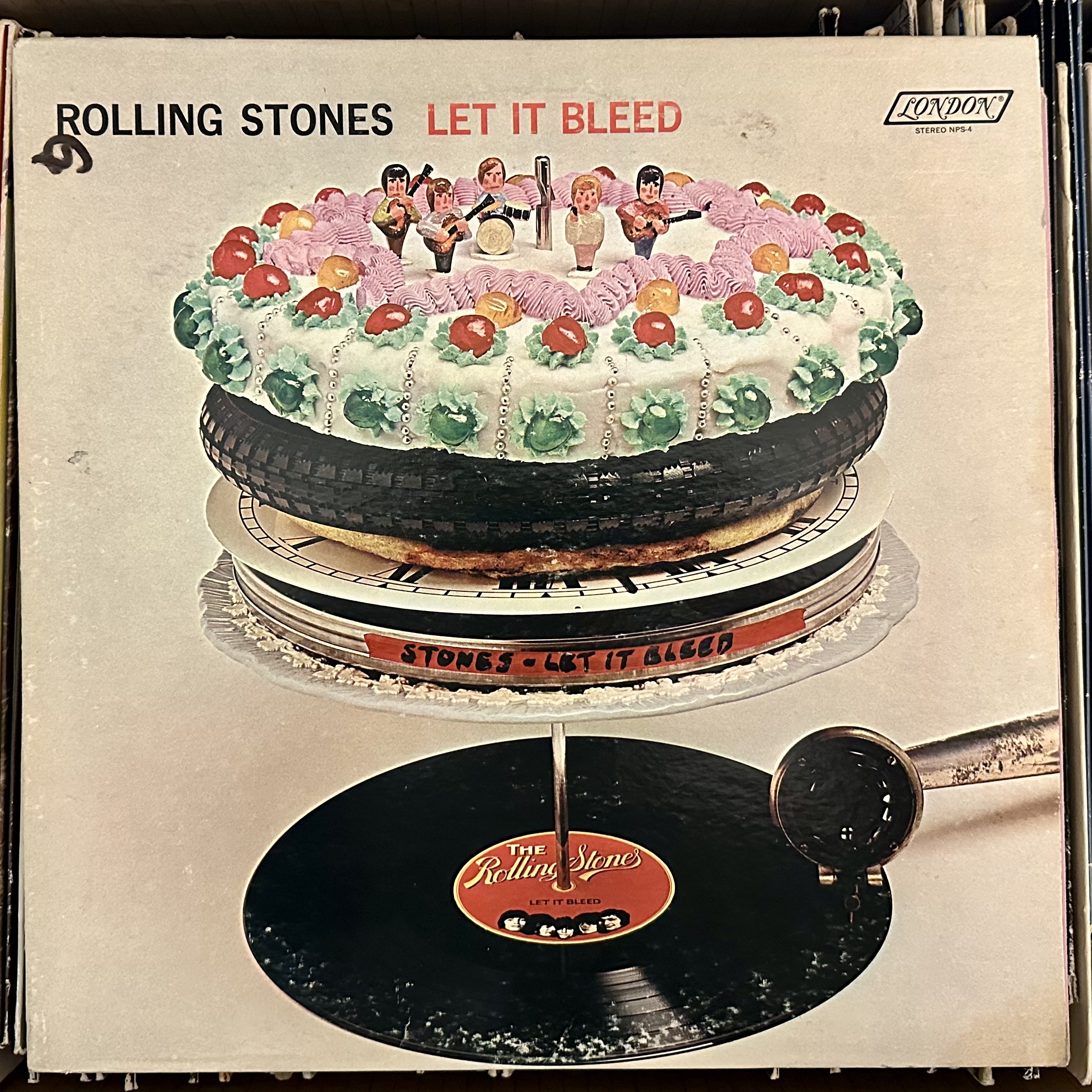 I’m familiar with many of the songs on this record, and think I’m going to love it, though I might only have listened to the entire record once or twice in my life.

I think that Let It Bleed might be the record that I had in mind when I thought I was going to like Their Satanic Majesties Request, which I actually hated, and that I’m going to love this one.

It’s fascinating to me that this record is bookended by two songs that both became iconic of their era. Gimme Shelter, for someone my age, is indelibly imprinted in my brain due to its use in movies – and with good reason, because it’s a fantastic blues rock anthem with a beautifully distinct eerie sound, and Merry Clayton’s vocals are perfect – so little adds so much.

And then at the end, You Can’t Always Get What You Want also defined its era, or defines it for people from my era. I’ve always been just a little lukewarm about this one, though. Maybe it’s just a case of lopsided excellence between the chorus and the verses.

Another that I loved was Country Honk, which was Honky Tonk Women, but reimagined as a country song. This version was excellent, especially the fiddle.

And the title track Let It Bleed was also a Stones classic with outstanding vocals and wonderful blues rock piano.

For the briefest moment, I thought that Monkey Man was going to be a cover of the Toots & the Maytals song by the same name and that I would be writing my story about seeing Toots live. This blues rock Monkey Man was still very good, but I did wish that it had been around 15% faster.

I liked Midnight Rambler a lot, and thought it was a great expression of the essence of the blues in an electric blues context. The harmonica was wildly good, better than perfect, and the best part was the way that the song increased in intensity as it progressed, but I think it would have been better if the whole thing had been a tiny bit more metal.

I wasn’t thrilled with their version of Love in Vain, the Robert Johnson song, and I strongly disliked the saxophone solo on Live with Me. You Got the Silver was also fine, but not really special.

Overall, Let It Bleed definitely was the awesome Rolling Stones record that I was waiting to hear, and one of my favorite things about it was how different it sounded from the Beatles.