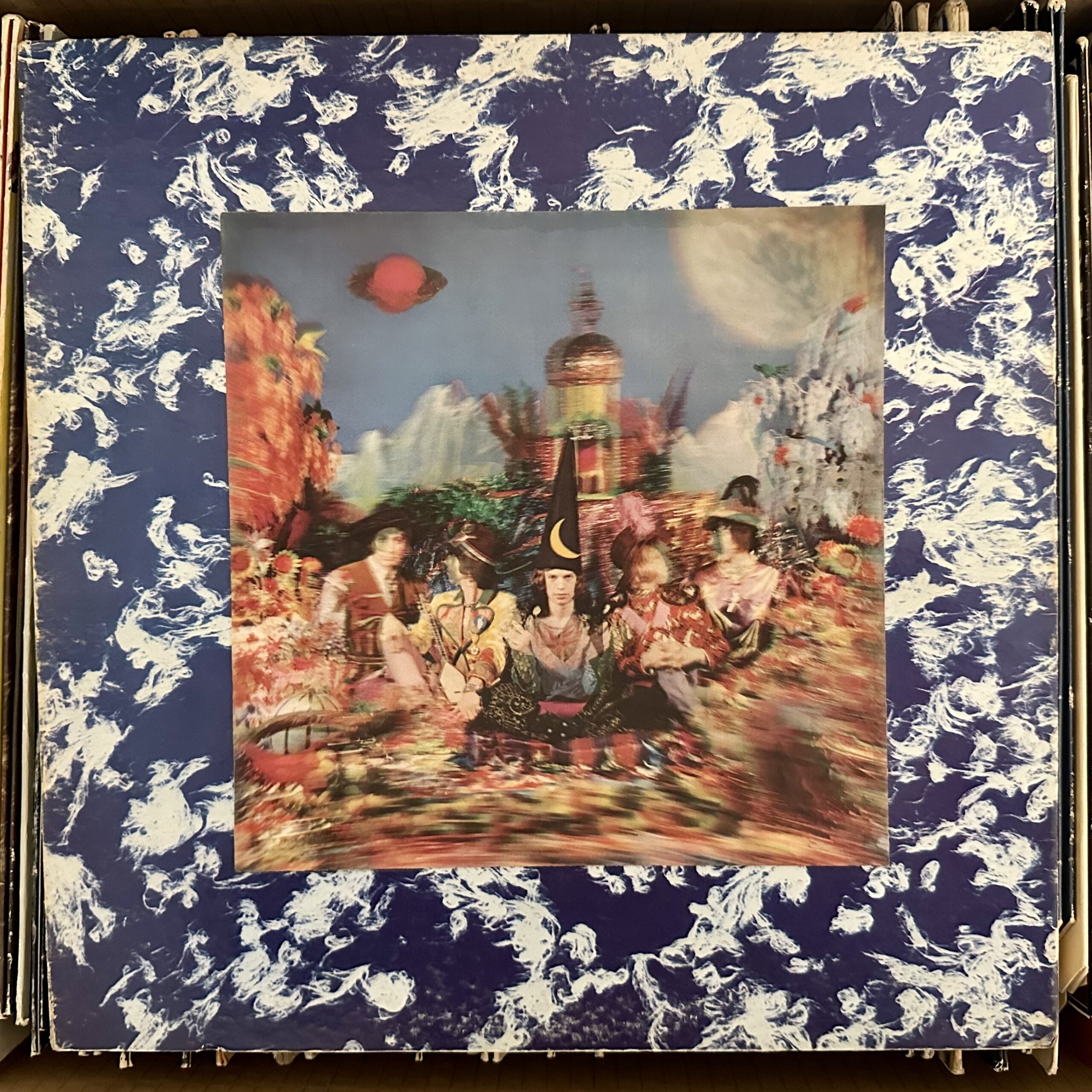 When I saw this record coming up on the shelf, I thought it was the one Rolling Stones record that I had heard the most as an adult, but looking it over now, I think I was mistaken, and maybe I don’t know it well at all.

The psychedelic version of the Rolling Stones, conveniently recorded immediately after the Beatles’ psychedelic phase commenced.

I had no idea that a Rolling Stones record could ever possibly be this bad. None of these songs ever would have made it onto a Beatles record of the same era. In fact, I don’t even think they sounded as good as the Beatles’ studio outtakes. They were more like scribbles of ideas of songs that neither John nor Paul would have brought to the studio, for fear of being embarrassed in front of the other.

Sing This All Together (See What Happens) in particular was absolute and utter crap, and Gomper was also unusually bad, even for this record.

I did know She’s a Rainbow and it was decent, the best song on the record by far and the most catchy, but whatever that harpsichord-like instrument was, they needed to get rid of it. 2000 Light Years from Home was also not as bad as the others.

In essence, I think that Their Satanic Majesties Request can be summarized by the lyric, “Was this some kind of joke?” from In Another Land.