You are here: Home / Music / Madman Across the Water by Elton John (Vinyl record album review) 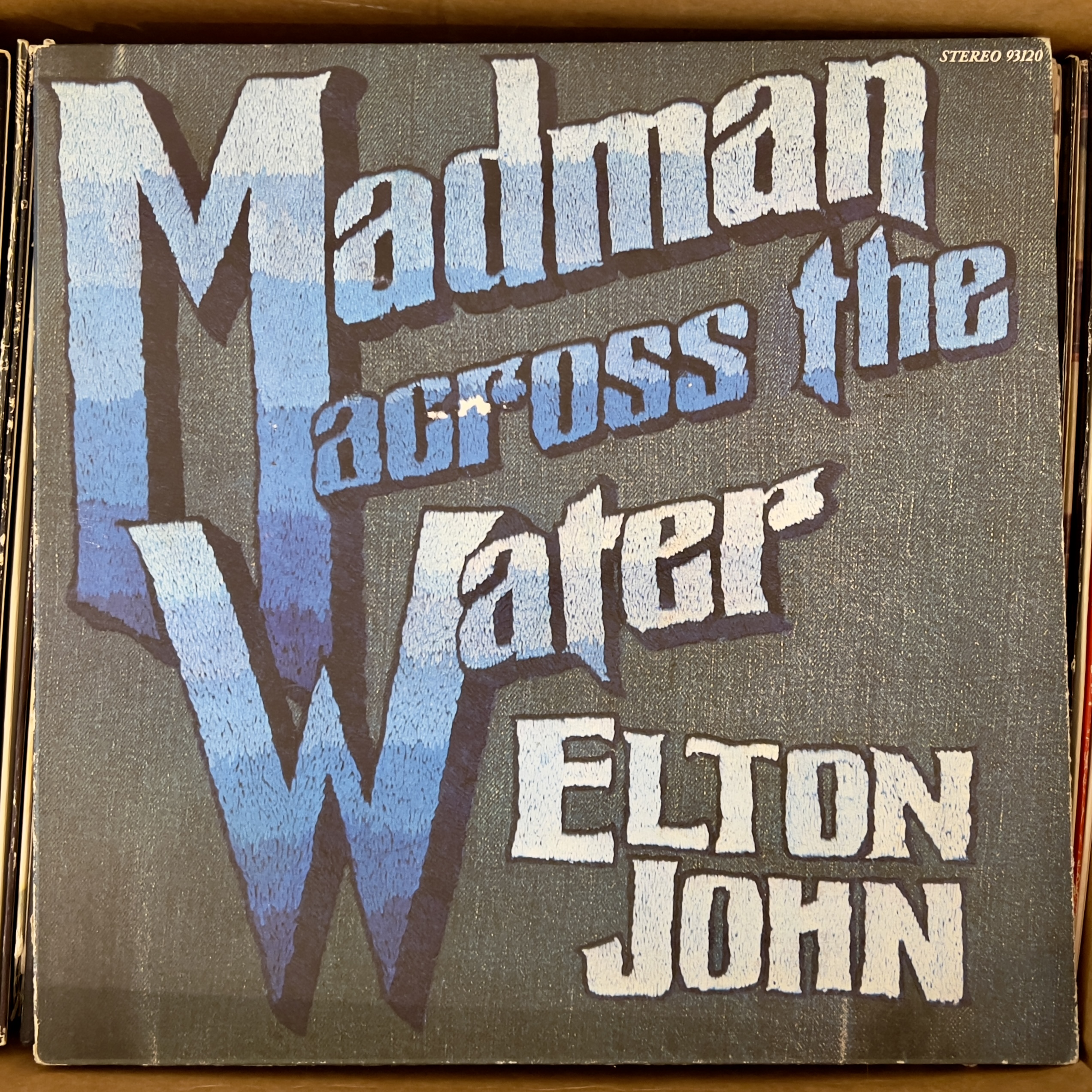 I’m not an Elton John fan, but I’ve previously listened to:

No part of Madman Across the Water was any good.

I guess that Tiny Dancer is probably Elton John’s most famous song, and while I don’t think it’s an enjoyable song by any standard, one thing I do appreciate is how weird it is, both musically and lyrically. For someone like Elton John, who makes bland and forgettable music to be played on commercial radio stations like “Mix 107.3,” which is where I must have heard Tiny Dancer while being driven around in my parents’ and friends’ parents’ cars as a child, weirder is better.

I recognized Levon as well, probably also from that period of my life when I was old enough to be sentient but not really yet old enough to have defined musical tastes of my own, and definitely nowhere near old enough to be allowed control over the music selections in the car.

I didn’t listen exceedingly closely to much of the rest of the record, though I did note that All The Nasties had a pretty annoying choral vocal backing group, and that Razor Face had more of a rock sound, though the keyboard was a distraction.