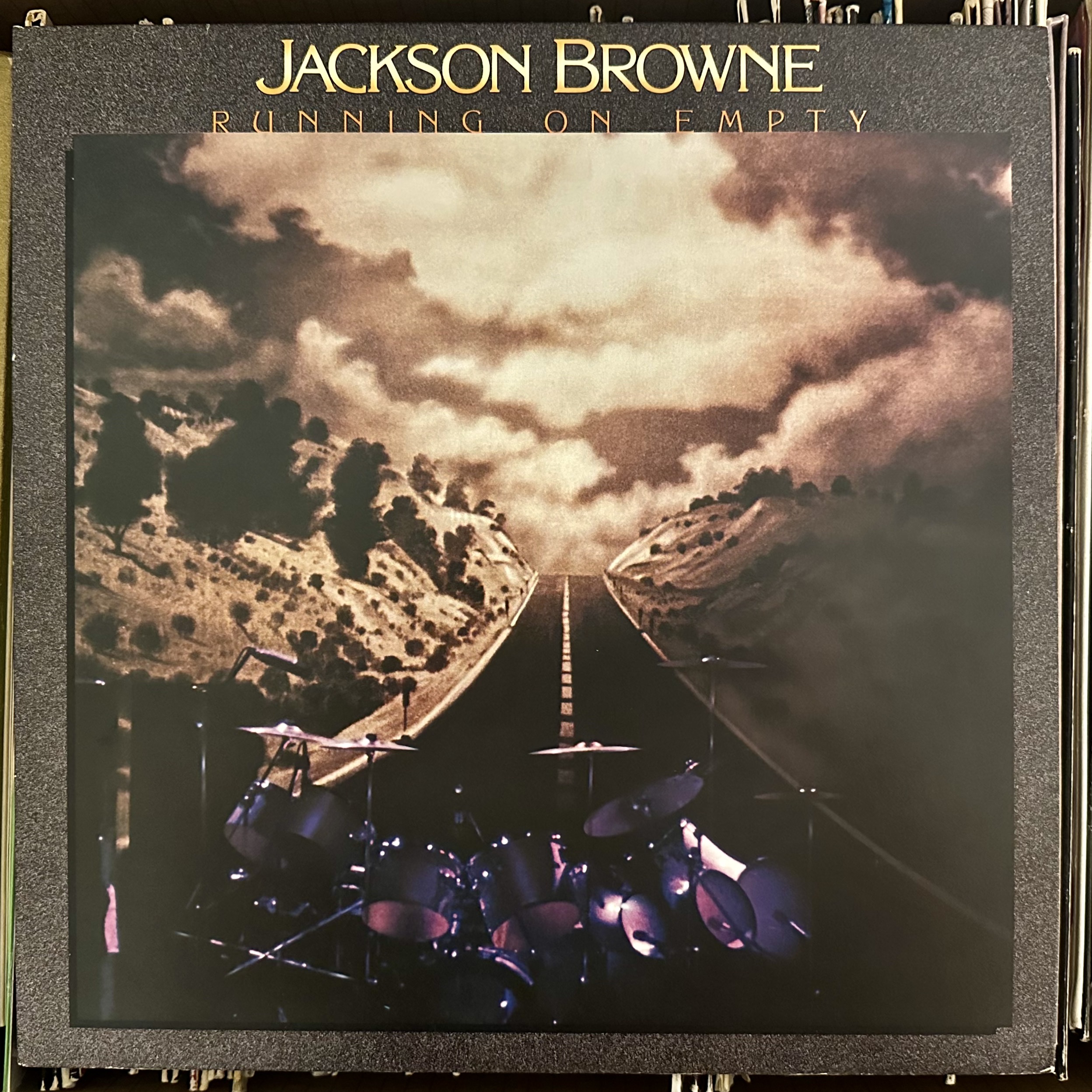 I have no familiarity with this record, but I’ve previously reviewed two others by Jackson Browne:

The other two Jackson Browne records were folk rock and country rock, and I was not that impressed. This one appears to be a live record, so maybe I will enjoy it better.

This was mostly a country rock record, and for the most part, although I could generally tell that the songs were recorded outside of a normal studio setting, they did not sound like songs recorded live at concerts, and generally had the “produced” sound that comes from a studio.

Undoubtedly, the best song by far on the record was the Stay cover, but that’s really because it’s just an incredible song, and everyone should just listen to The Zodiacs doing it.

The title track Running on Empty was not a bad song at all and I was pretty sure that I had heard it before. I liked the droning background sound.

Cocaine was acoustic and the guitar and vocals made it sound folk, but then the violin gave it a bit of a country sound, and to me, it did not really sound much like a song about cocaine, but fortunately Eric Clapton‘s is a banger, and the Grateful Dead’s Casey Jones also fits.

Rosie was mostly piano and was bad enough to be an Elton John song, but still sounded a little country.