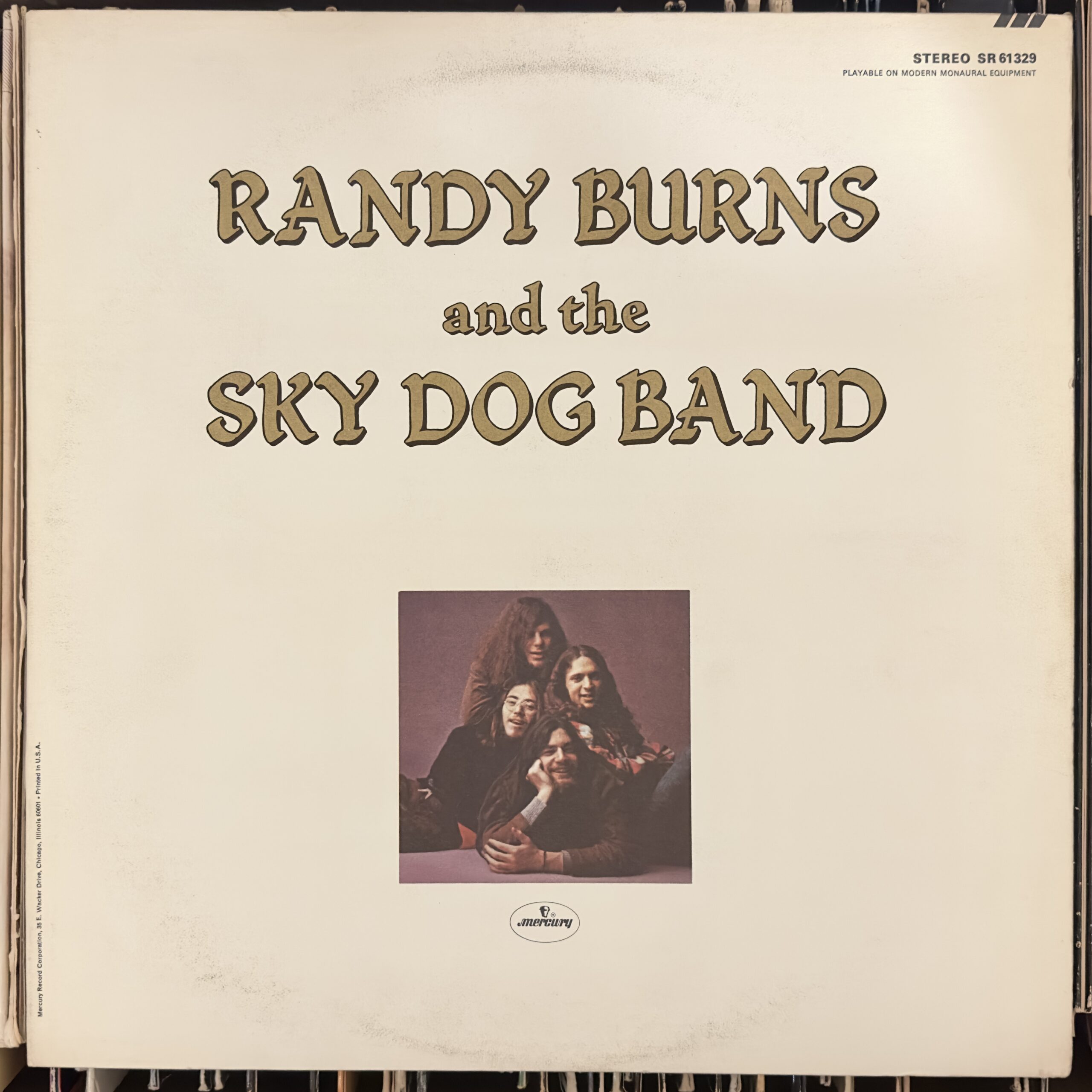 I’ve never heard of Randy Burns or the Sky Dog Band. As a matter of fact, I’m not even sure from the album whether “and the Sky Dog Band” is the second part of the group’s name or the name of the record.

and the Sky Dog Band‘s songs could pretty easily be divided into two categories: one was country, country rock and rock; the other was folk, folk rock and 1970s singer-songwriter. Alternatively: one was good; and the other was not so good.

In the first category, I’d put August Woman, a rock song with maybe a bit of a country sound to it, mostly in the vocal style, that was very rhythmic and sounded awesome; Livin’ In The Country, which was much more of a country rock song, both in vocals and guitar; and Blue Line, a lively electric country rock song, more country really than rock, which I loved.

All the other songs were kind of whiny and boring folky or folk rock songs that were very 70s, with the exception of The Streets Of Montreal, which sounded like a children’s song.