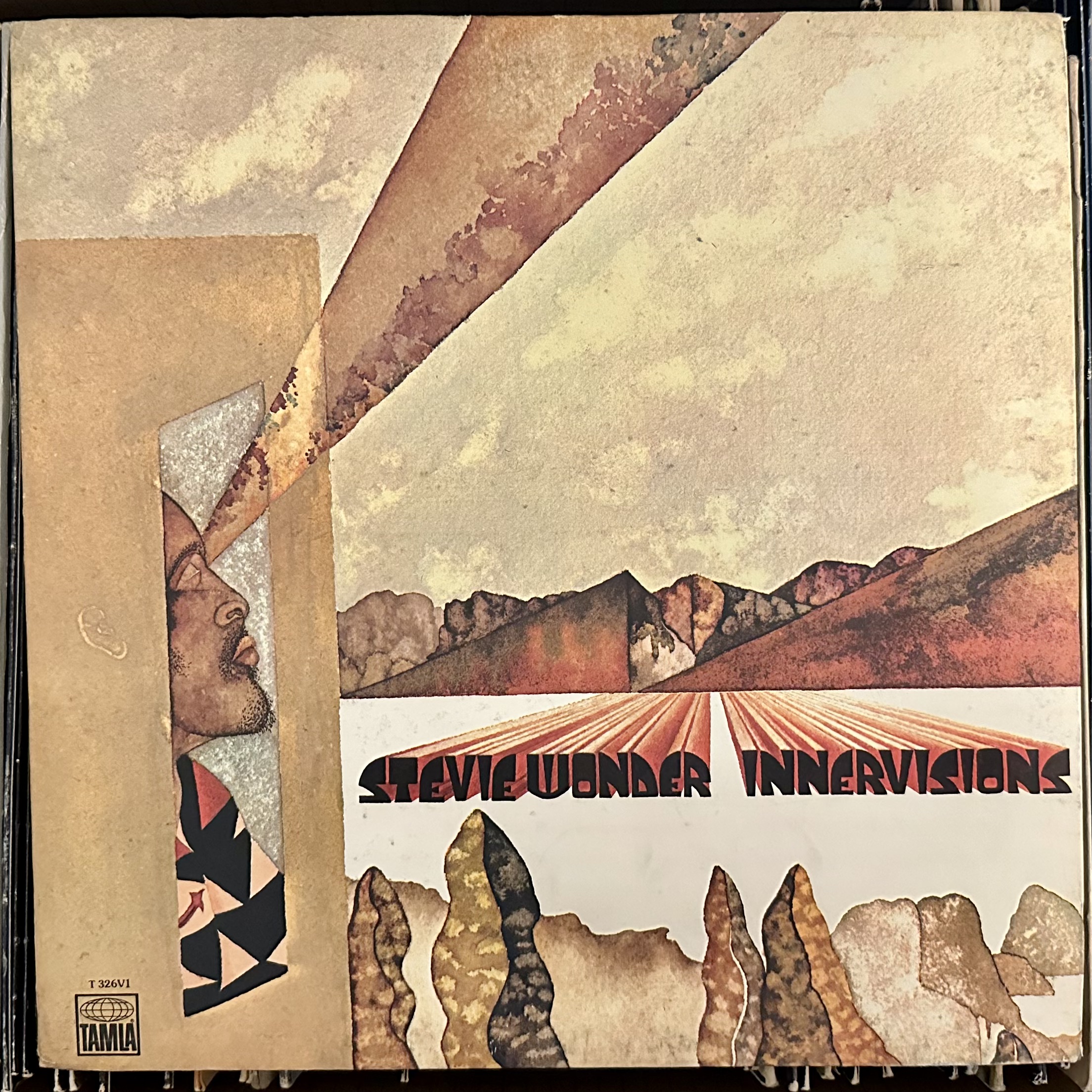 I don’t know a whole lot about Stevie Wonder, except that he’s blind. Also, my parents said that this record was extremely popular and that everyone had it, and they referred to him as “Little Stevie Wonder” when I said that I would be listening to it.

I thought that I would like this record a lot, but actually I hated it! There was a strong funk sound to much of it, but so much of funk is wonderfully melodic and harmonic, while so many of these songs, like the first two, Too High and Visions, were almost atonally unpleasant.

Living for the City was more of a rhythmic soul song, but with a thumping techno sound (without getting too Oompa Loompa). Golden Lady was also soul, but incredibly boring.

He’s Misstra Know-It-All was also pretty boring, with sort of a soft piano lounge sound, and without the vocals I might have mistaken it for elevator music.

All in Love Is Fair was a terrible piano jazz love song.

Don’t You Worry ’bout a Thing was kind of similar, except with a Caribbean sound. Without that island vibe, this song was more like what I expected the whole record to be.

It turned out that I recognized Higher Ground, a pretty famous funk-sounding song that I thought was good. I never realized that it was a Stevie Wonder song, but now that I know, it’s my favorite Stevie Wonder song by far.