You are here: Home / Music / Roses in the Snow by Emmylou Harris (Vinyl record album review) 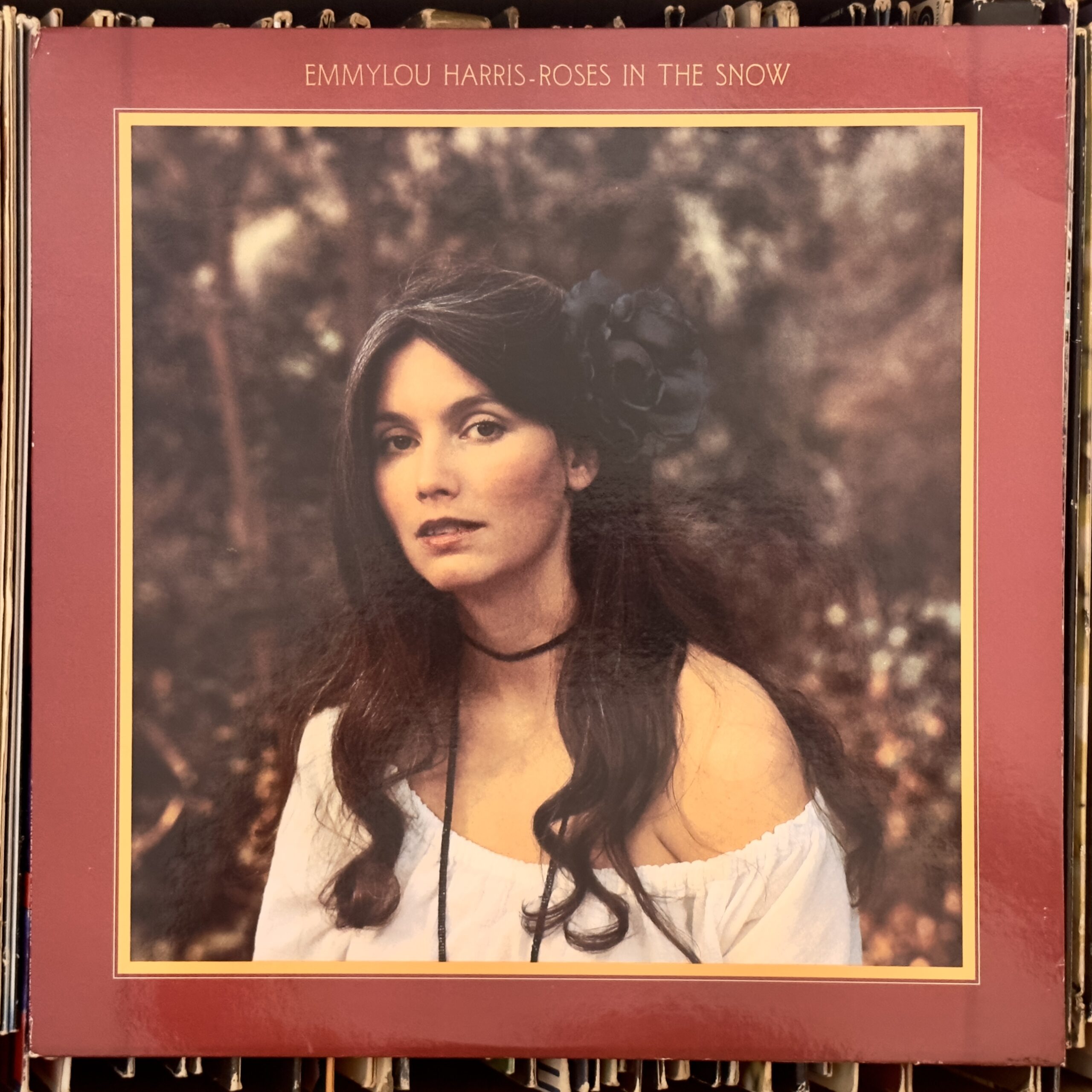 I’ve heard of Emmylou Harris, but don’t really know much about her.

This wasn’t anything like what I expected. It was kind of a bluegrass record, but also had a lot of non-bluegrass.

The bluegrass songs that I loved were Roses in the Snow, Wayfaring Stranger and I’ll Go Stepping Too. All three were outstanding! Jordan and Gold Watch and Chain were sort of bluegrass-adjacent, and were very good.

Several of the songs, however, were quite boring and slow, such as Darkest Hour is Just Before Dawn, You’re Learning and Miss the Mississippi and You.

Harris’s version of The Boxer was very strong. The banjo part in particular was far better than the weird flute that Paul Simon used in the version from his 1974 concert.

Green Pastures was a folk song that was extremely recognizable to me because my father used to play it all the time. I never knew that it was an Emmylou Harris song or what it was called, and I probably haven’t heart it in well over 20 years, but hearing it now was like being transported back in time to the house where I grew up. It’s a great harmony, too, and I think it makes the whole record.

Also, I guess I was wrong about this one, and that it must have been my father’s rather than my mother’s, because she was never a bluegrass fan.