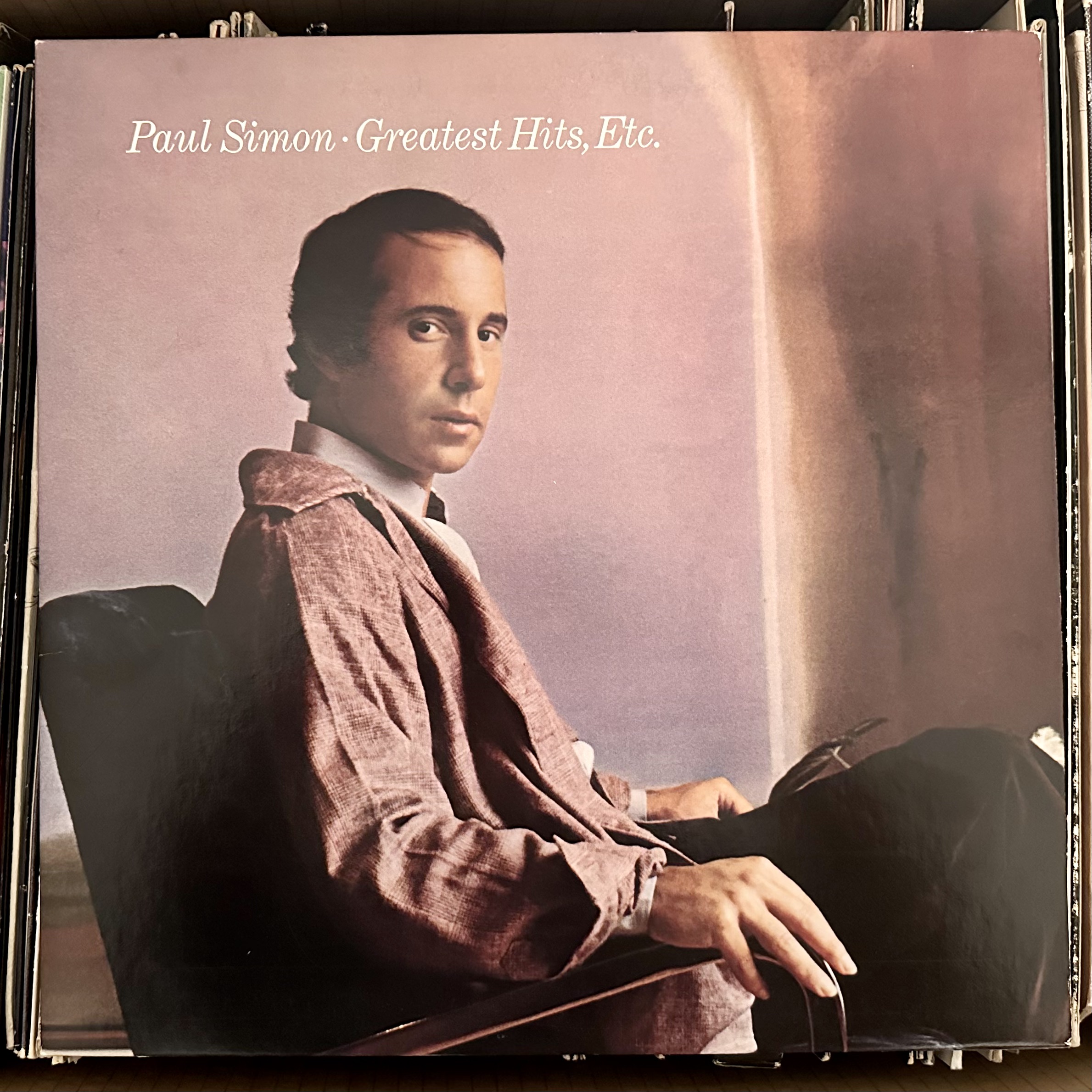 I haven’t heard this record before, but I’m familiar with about half of the songs on it by name. Other Paul Simon records I’ve reviewed:

Paul Simon’s hits from after his collaboration with Art Garfunkel, and also some non-hits.

I’ve always thought that Slip Slidin’ Away was basically a good melody and a good concept for a song, but that it just never came together right. I could imagine a more rock version that could be great, or a simpler, more stripped down version like this one, which is excellent, but the version on this record just had too much weird instrumentation and too many sound effects to be enjoyable.

Duncan was a pretty good folk style song, and I liked the flutes, but also thought they were a little too much.

I still loved Me and Julio Down by the Schoolyard, but also still thought that this version was superior. If that wasn’t the best Paul Simon song, then Kodachrome might have been, and it’s probably his only song that I sing whenever I hear it [1].

I had forgotten about Mother and Child Reunion, but it was a pretty solid reggae song, and I liked it!

Take Me to the Mardi Gras didn’t sound like very much of a mardi gras song until the horns kicked in at the end, but I liked that part a lot (and here is a better mardi gras song).

Still Crazy After All These Years was terrible, slow and boring – and that was before the saxophone. It could have been the worst Paul Simon song. American Tune sounded too much like Bridge Over Troubled Water, the worst Simon and Garfunkel song.

Have a Good Time was also terrible, and its atrocious saxophone solo at the end made me want to barf.

Something So Right and I Do It for Your Love were both also easy listening crap.

Loves Me Like a Rock was soul style, but too corny to be good.