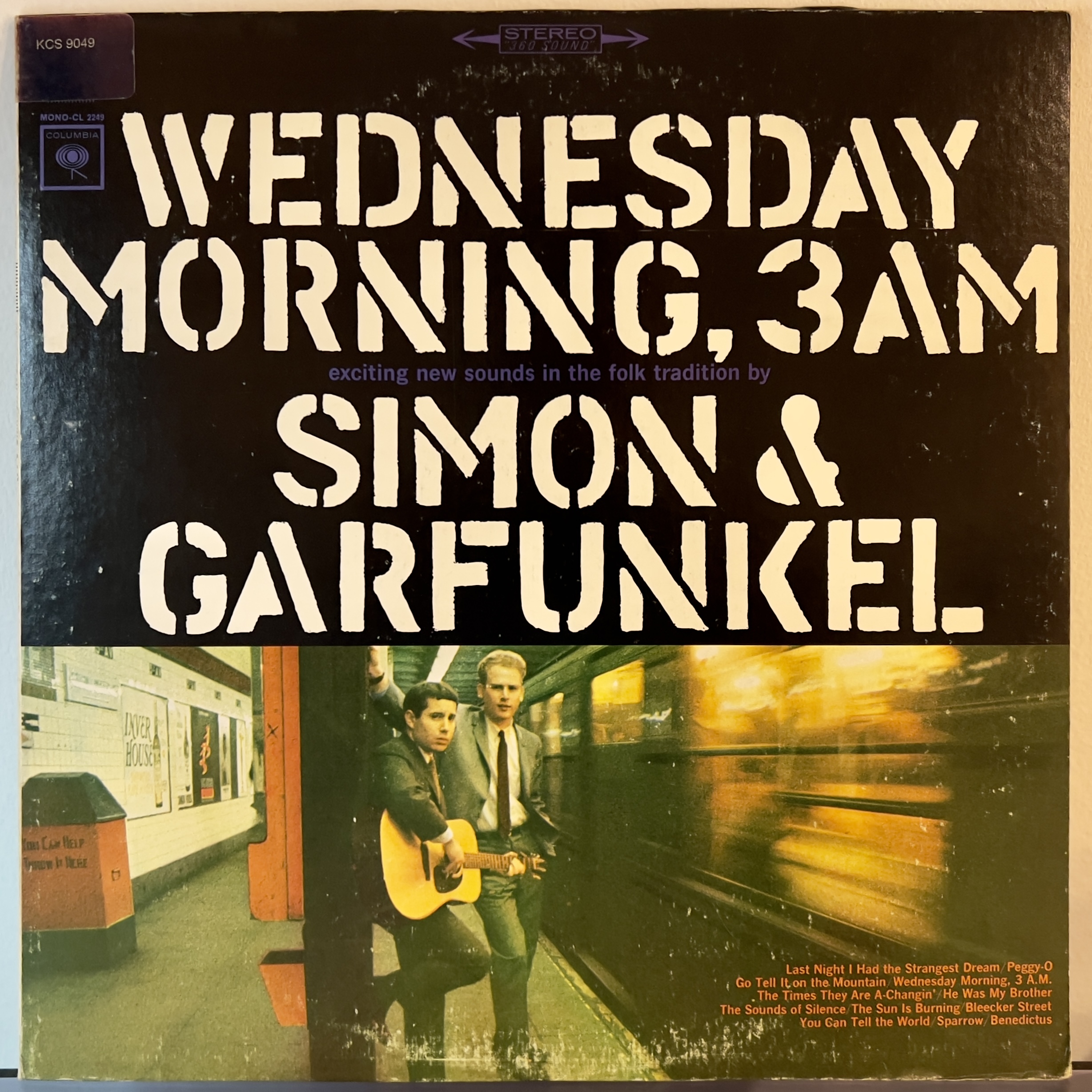 I don’t think I’ve ever listened to Wednesday Morning, 3 A.M. before, but I reviewed Parsley, Sage, Rosemary and Thyme last week, and The Concert in Central Park in May.

More folk and folk rock with extensive use of vocal harmonies.

There was a lot of good material on this record that I hadn’t heard before, such as the title track Wednesday Morning, 3 A.M.. I also thought that You Can Tell the World was pretty good, and I loved the extensive use of banjo in Last Night I Had the Strangest Dream.

Benedictus, on the other hand, sounds roughly like its name would suggest. When I listened to Parsley, Sage, Rosemary and Thyme recently, I wondered why these two Ashkenazi boys from Queens were so fixated on Christian imagery in their music, and that clearly is happening on this record as well. Go Tell It on the Mountain wasn’t that bad, though. At least it was an actual folk song.

I was pretty interested to hear the Simon & Garfunkel version of Bob Dylan’s The Times They Are a-Changin’ and thought they did a pretty good job with a sort of high-low vocal harmony, and some slight changes to the guitar part from Dylan’s, though of course they don’t have Dylan’s… unusual voice… so while it’s the folkiest thing in the world for them to take Dylan’s song and reinterpret it, I do wonder whether it sounds as authentic coming from them as it did from him.

Not surprisingly, Sound of Silence steals the show on this record, as it’s such a riveting song.