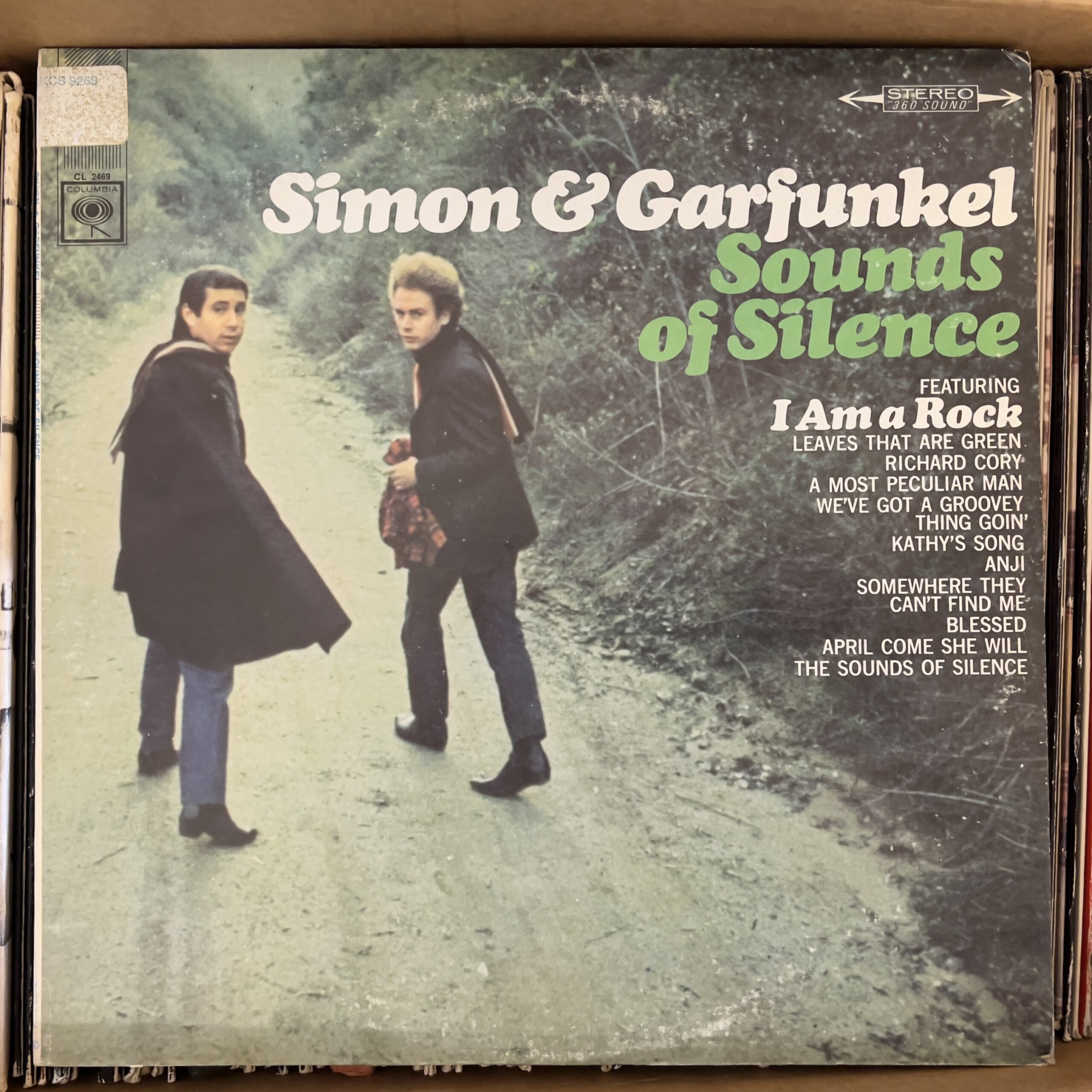 I’m not sure if I’ve ever listened to this record specifically, but I do know and love some of the songs on it, and in the past few months I’ve listened to:

It seems like the name of the song and/or record goes back and forth between Sound of Silence and Sounds of Silence, but I suppose record-keeping wasn’t as advanced back in the XX century as it is for us moderns. This was a different version of the song, though, that had a bit more of a rock sound. I liked it, but didn’t think the change was necessary.

Generally, Sounds of Silence was much more of a rock, pop rock and folk rock record than their others, and it kind of reminded me of British Invasion groups like the Hollies, which is weird because, as I may have mentioned in the past, Paul Simon and Art Garfunkel are two Ashkenazi boys from Queens.

And on that note, I’ve definitely mentioned in the past how creepy it is that these two Ashkenazi boys from Queens keep doing very overtly Christian music on their folk music records (without bothering to, you know, actually profess belief in Christianity, unlike Bob Dylan). That song on Sounds of Silence was Blessed, and it was weird!

And speaking of Bob Dylan, though Simon and Garfunkel might have anticipated Dylan’s obsession with Christianity, they definitely channeled his topical interests in Richard Cory.

Anyway, most of the record had that British Invasion sound and I quite enjoyed it – actually, now that it’s finished, I’m listening to the Hollies as I write – with the exception of Kathy’s Song, which sounded like it belonged on an earlier record, and April Come She Will, one of my favorites that I haven’t heard it since the last time I watched The Graduate.

And I Am a Rock has always seemed to me like Simon came up with a chorus but was never able to write verses for it. Shame!