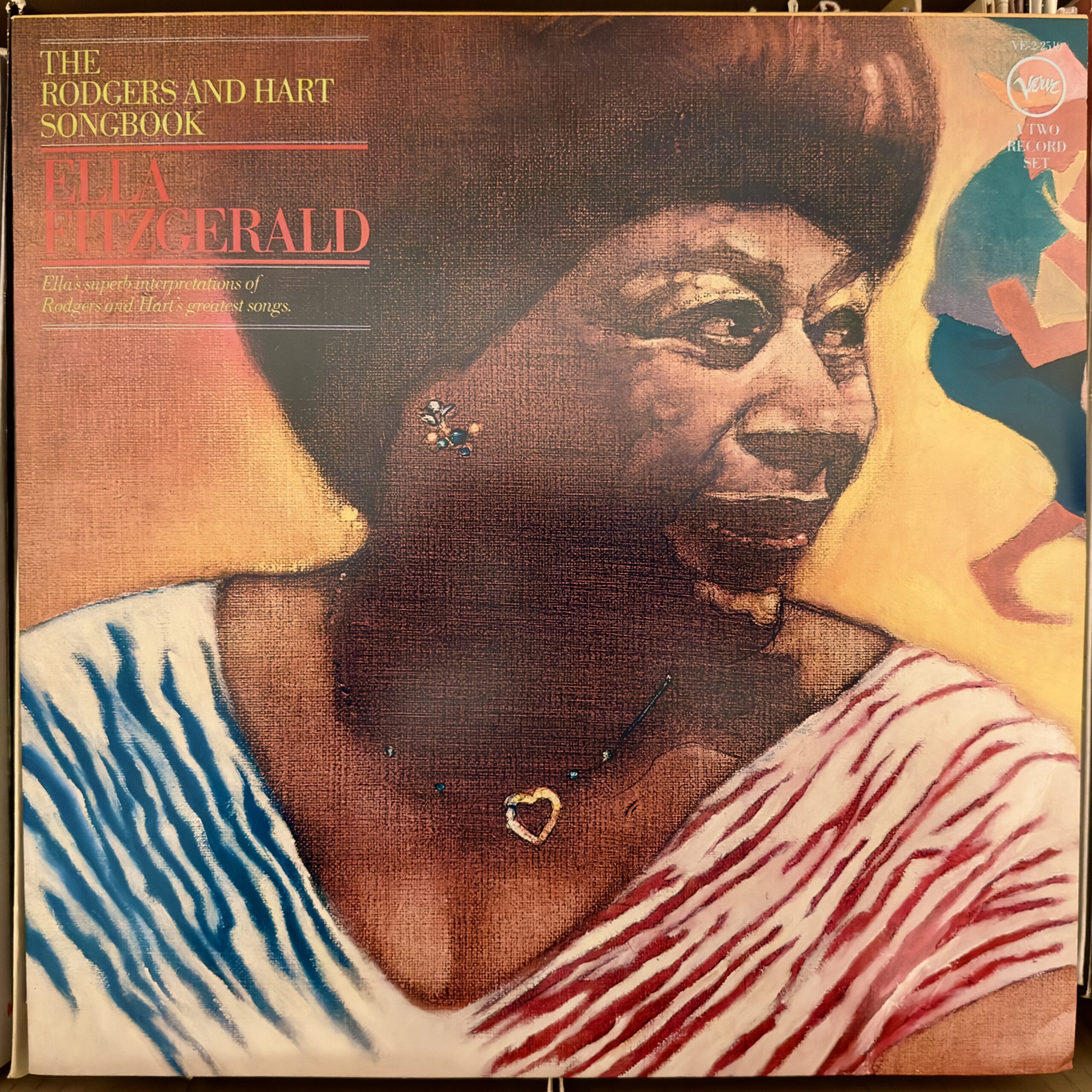 I also am not familiar with Rodgers or Hart, let alone Rodgers and Hart.

This was good and, as always, Ella Fitzgerald was a wonderful singer, but the record was really, really long, and that detracted a lot from my enjoyment. I wish they had cut it in half to a single LP instead of double.

My favorite songs were the most upbeat ones, like Everything I’ve Got and The Lady Is A Tramp.

I also recognized a few, such as My Funny Valentine, which was used well in The Talented Mr. Ripley, and Blue Moon, which I mentioned when reviewing The Muppet Show, though I still think the Marcels did it best.

Then there were some pretty weird songs that also got included, like Johnny One Note, which had a strong musical theater sound and was just very incongruously out of place, and Give It Back To The Indians, which… would not get recorded in 2023.