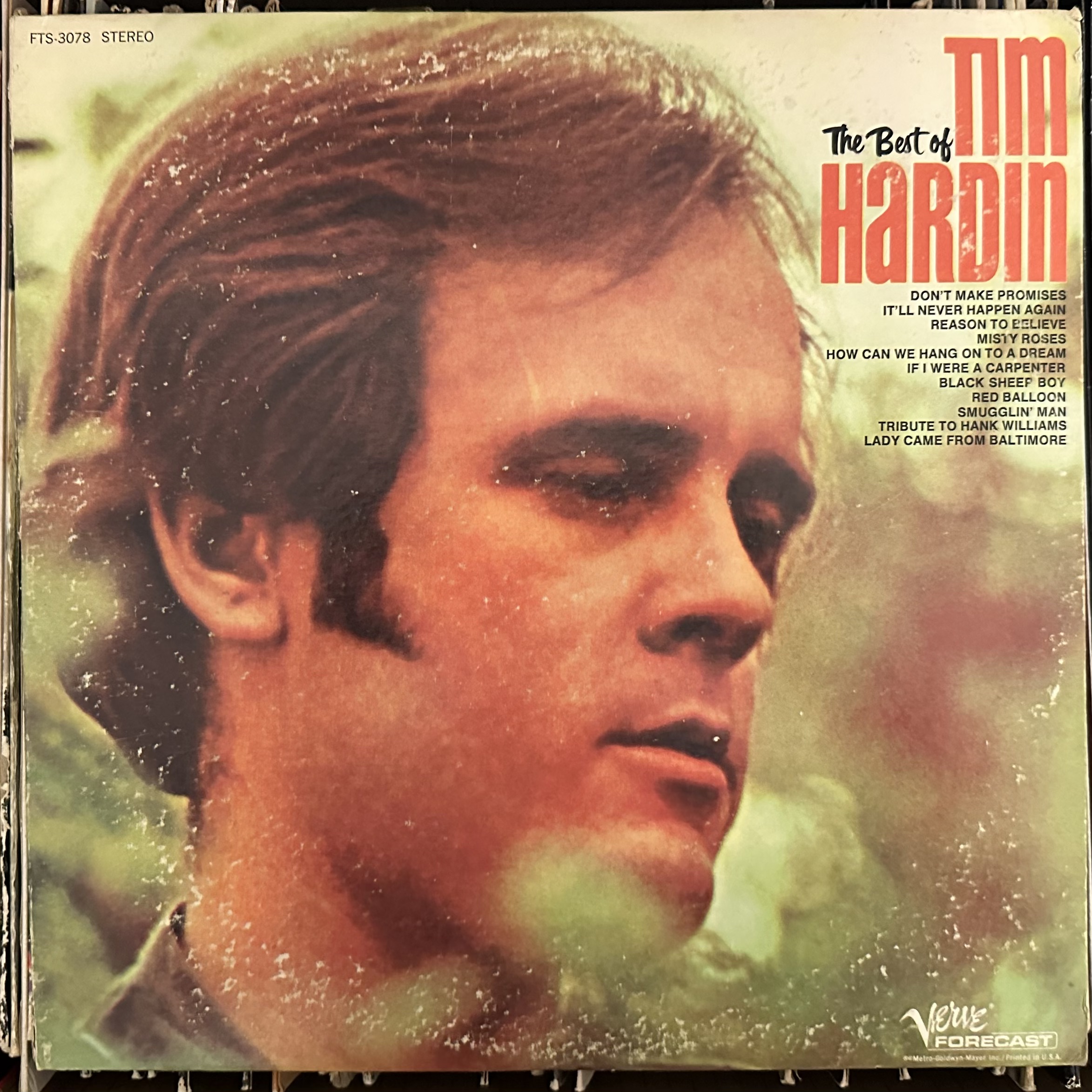 I’ve never heard of Tim Hardin, but he’s clearly a folk artist, and I’m only familiar with one of the songs, If I Were A Carpenter.

Also, I note that Tim Hardin’s hair very slightly covers the top of his ears, unlike Tom Paxton’s on the cover of Ramblin’ Boy. That’s 1969 versus 1964 right there.

It’s hard to choose a genre label for this record because it’s not really folk music, but also not really folk rock. “Folk style” is mostly right, but a few songs on it, like It’ll Never Happen Again and Misty Roses, were kind of easy listening crap, quite a surprise coming from a 1960s-era folk singer.

On the other hand, there were a bunch of songs like Don’t Make Promises that were nice and upbeat, and I enjoyed those a lot.

Black Sheep Boy was sad and moving, and I thought it was outstanding.

I was (maybe a bit embarrassingly) surprised to learn that Tim Hardin actually wrote If I Were A Carpenter. I had always thought that it was a “traditional” song, and figured that he had adapted it roughly around the same time as Johnny Cash et al. also did. The Johnny Cash and June Carter version was very true to Tim Hardin’s original, but I think I have to say that Cash/Carter did it way better, because this song actually begs to be a duet, and because Cash’s voice conveys so much emotion and struggle than Hardin’s, and because the plain old snare drum was far less distracting than the bizarre bongo drums in the original.

On that note, I also didn’t realize that Tim Hardin performed at Woodstock, though he didn’t make it onto the record.

Smugglin’ Man was the most different from the other songs on the record – a blues song in a very standard style, with some cute and topical lyrics and a great tempo. I thought it was the best track on the record.