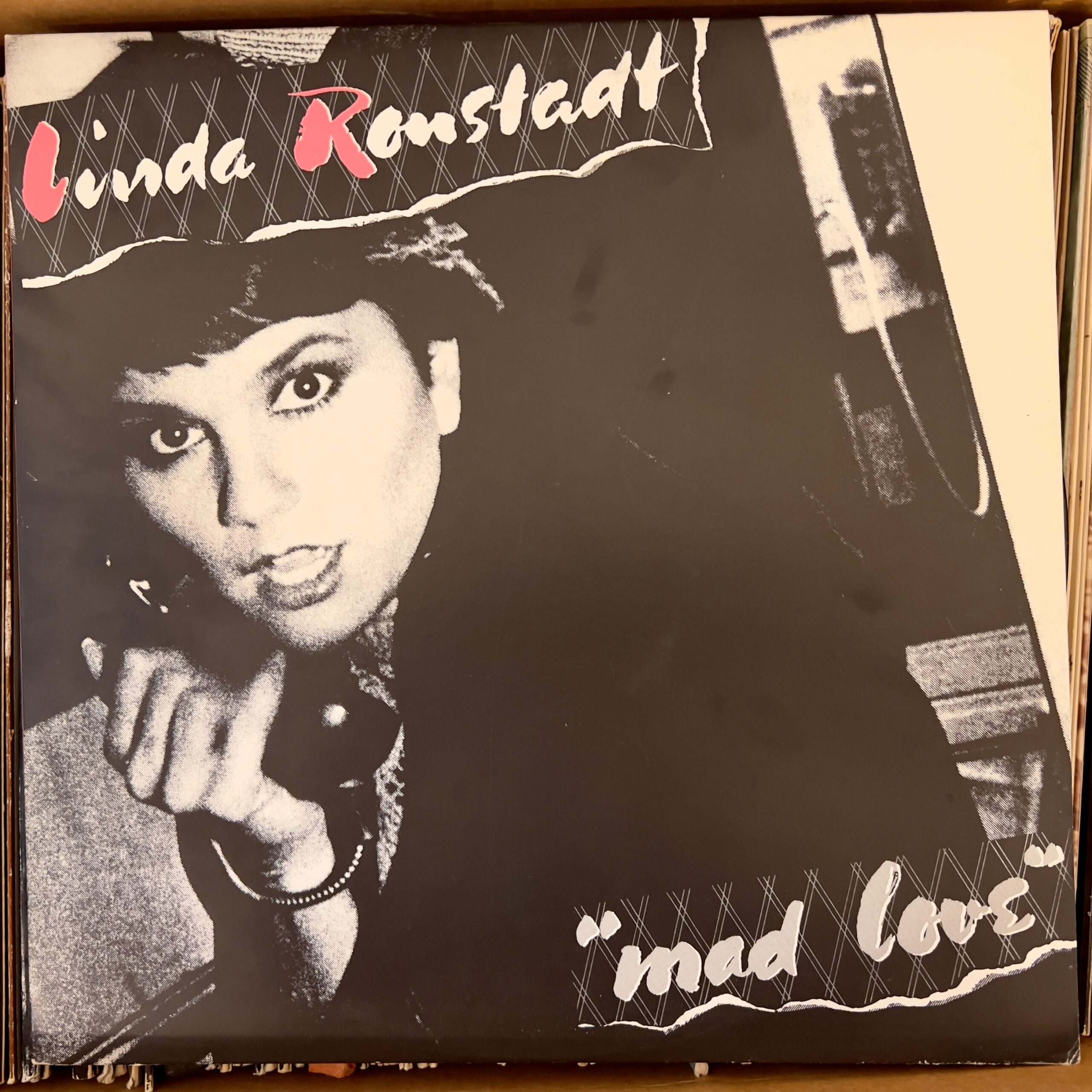 I’ve never heard of this record, but this will be my fifth Linda Ronstadt record in the past few months. The others were:

Linda Ronstadt seems to focus just on singing, making records that consist entirely of other people’s songs. I’m a little worried about this one because it’s from 1980, which was not exactly a good year for the kind of music I associate with her other work, and the cover art appears to be a very explicit attempt to rebrand her as “punk,” which she’s emphatically not, or as “new wave,” which doesn’t have any clear meaning.

I like punk music, but I’m not punk. There’s nothing wrong at all with not being punk. Nothing about Linda Ronstadt is punk, and she should embrace that instead of trying to be something she’s not.

On the other hand, experimentation is good.

So I guess this was a “new wave” record, though I’m reluctant to put that in writing without having any definite understanding of what “new wave” was actually supposed to include or exclude.

Much of the record anticipated what people in the late 1990s called “pop punk,” such as Girls Talk and How Do I Make You, which was kind of a running-in-place (but not skanking) song.

While all the other Linda Ronstadt records were totally about Linda Ronstadt’s singing, Mad Love was as much about short, simple radio-friendly tracks with prominent electric guitar and drum parts, particularly songs like Party Girl and Justine.

It wasn’t terrible at all and was very 1980, so I think that if I were a “new wave” or pop punk fan, I would probably have loved Mad Love, but it’s no accident that the Linda Ronstadt record I’ve enjoyed the most so far, Different Drum, was the first to be recorded.