You are here: Home / Music / Living in the USA by Linda Ronstadt (Vinyl record album review) 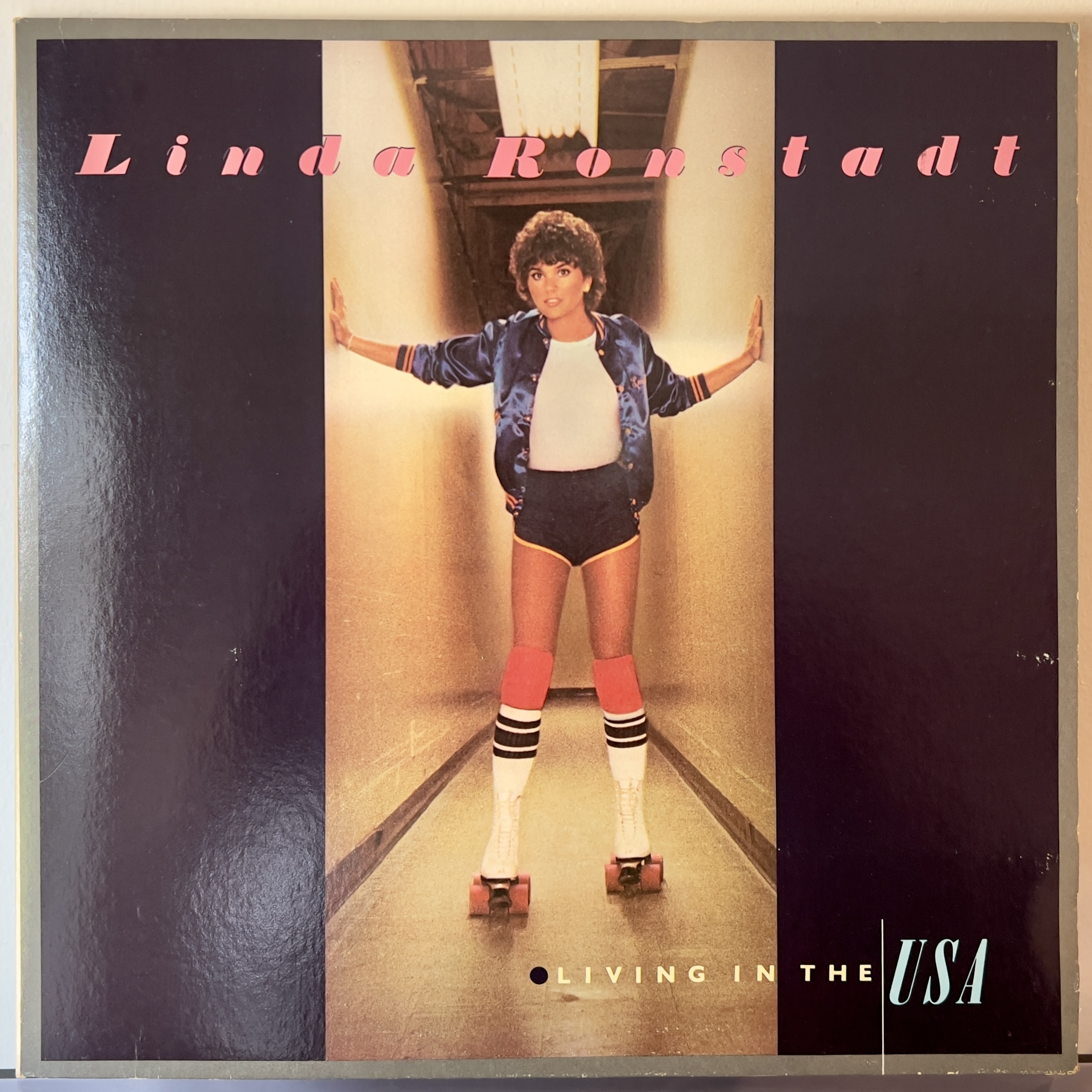 I have no familiarity with this record, but it is the fourth Linda Ronstadt record I’ll have reviewed in the past few months (the others being Different Drum in June, Simple Dreams in July and Prisoner In Disguise in August).

My opinion of the previous three Linda Ronstadt records was mixed to somewhat negative, and I want to be optimistic about Living in the USA, but it’s difficult with the extremely art deco / Miami Vice style design.

Like previous Linda Ronstadt records, Living in the USA was a collection of covers, and I didn’t want to get my hopes up that Back In The U.S.A. would be a nicely done cover of one of my favorite Chuck Berry songs, but wow – she absolutely crushed it (and here is the MC5 version, which should not be missed)! This was the best song on the record by a country mile.

I thought Ronstadt’s version of Doris Troy’s Just One Look was passable, but very much in the way that the bread makes the sandwich, the backing track on her version was all late 1970s syncopated pseudo-rhythm with no character, and that really detracted from her very fine vocals.

Similarly, though I’m not a fan of Elvis Costello’s Alison, I didn’t think that Ronstadt’s version of the song did Costello’s justice, even though Ronstadt’s vocals on it were fine. The use of saxophone was definitely a negative. As I may have mentioned in the past:

The saxophone reappeared in Ooo Baby Baby, which under normal circumstances is a solid song, but I could not stand her version of it, which was way too slow and soft. White Rhythm was shockingly boring, so bad that the police should blast it when dispersing rioters.

I was eager to hear how Ronstadt would tackle Elvis Presley’s Love Me Tender because I think it’s a song that really lends itself to interpretation, but unfortunately hers, while basically being true to Elvis’s original, was pretty flat and didn’t really do much.