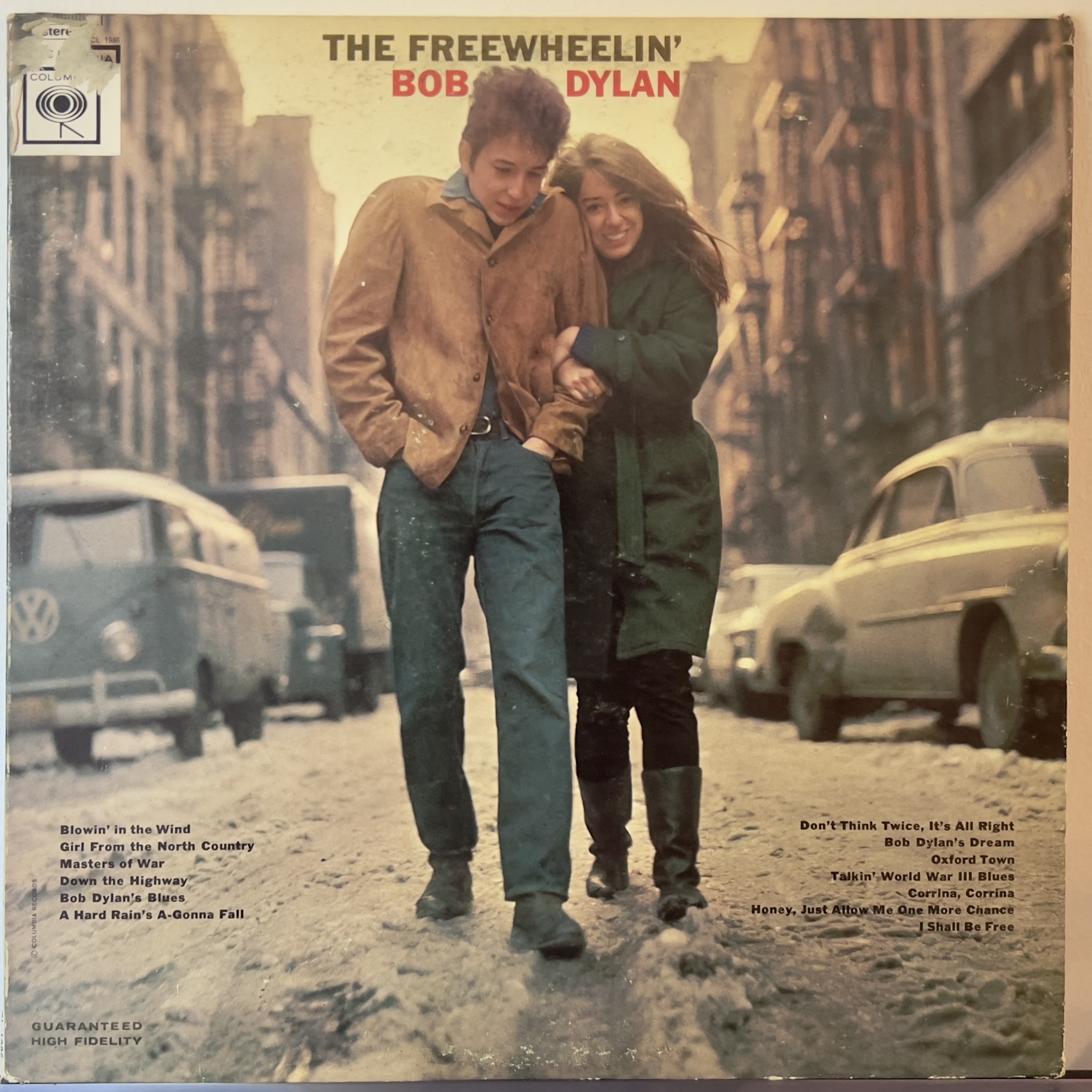 I’ve probably listened to this record 500 times, and I wouldn’t be surprised if it’s more like 1,000 times.

Every note of every song on “The Freewheelin'” is already imprinted on my memory.

When I listen to this record, I don’t skip any songs, though I don’t particularly care for some of them, like Down the Highway and Masters of War. Others feel so significant and even monumental that they go beyond like and dislike, such as Blowin’ in the Wind and A Hard Rain’s a-Gonna Fall.

My favorite (at least for today) is Girl From the North Country. Every time I hear it, I think of Scarborough Fair, which makes me think of the hilarious “We’re Sausalito” scene from “Lost in Translation,” one of my favorite movies. It also makes me think that Dylan wrote it for his communist girlfriend on the album cover, but I prefer to think of “Lost in Translation” because Scarlett Johansson is not a communist. Honey, Just Allow Me One More Chance is also a favorite.