You are here: Home / Music / Farther Along by The Byrds (Vinyl record album review) 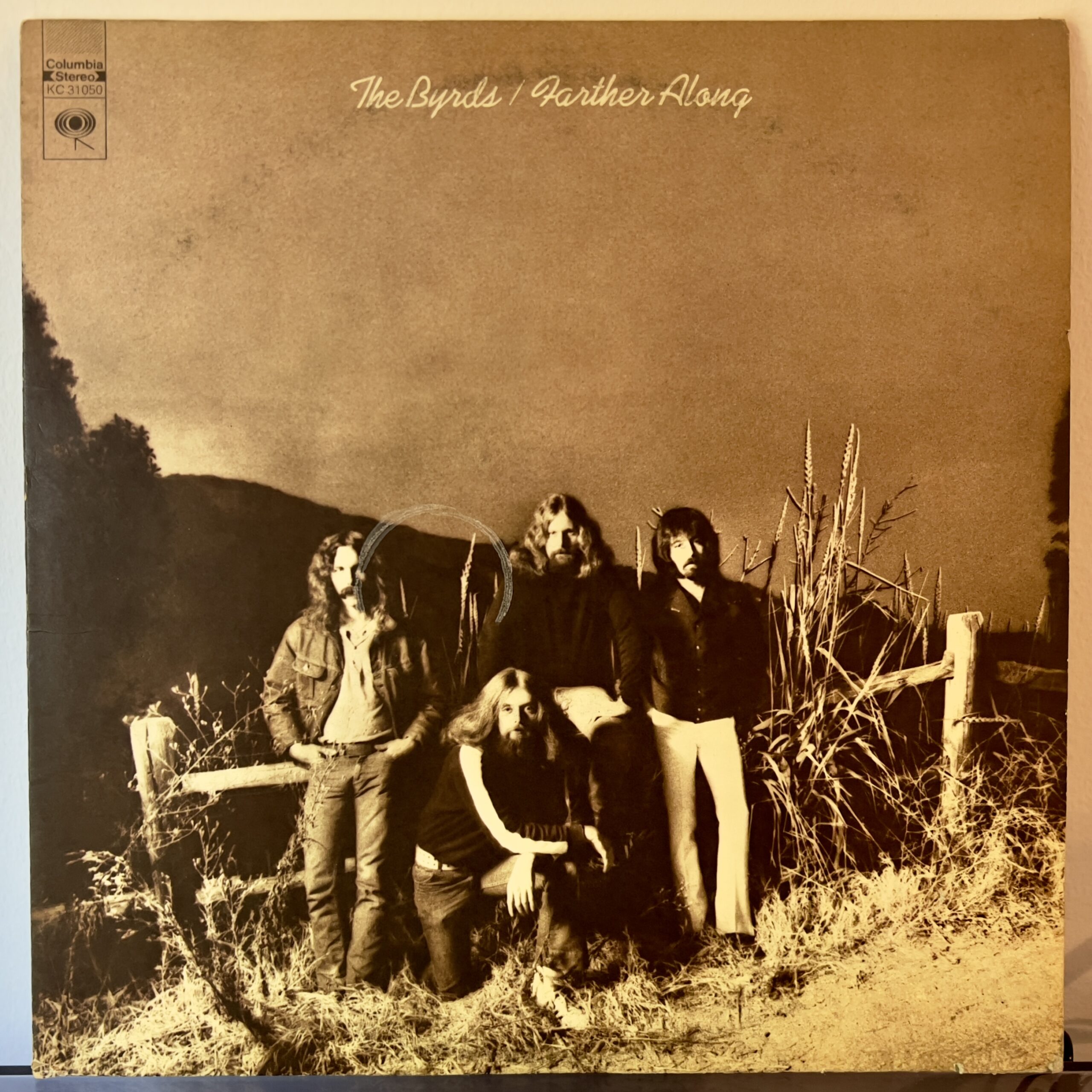 I’m familiar with the Byrds, but didn’t realize that they were still around and making new records in the 1970s, after David Crosby left.

This was much more of a rock record than I expected. Tiffany Queen, for example, had the sound of a 1950s rock and roll song that might have been revived in the late 1970s as stadium rock, or as punk rock, and So Fine sounded like it belonged on an early Kinks record.

On the other hand, America’s Great National Pastime was Oompa-Loompa music, and was not good, and didn’t belong at all with the rest of the record. Antique Sandy and Precious Kate also sounded like a Bob Dylan impression (or maybe an impression of Dylan doing an impression of the Byrds) – but was not as funny an impression as Rocky Raccoon.

The Byrds’ version of Farther Along, a traditional gospel/country classic, was pretty solid, and it makes sense to me that they named the record after it.

I was also pleasantly surprised that they ended the record with a bluegrass song, Bristol Steam Convention Blues.