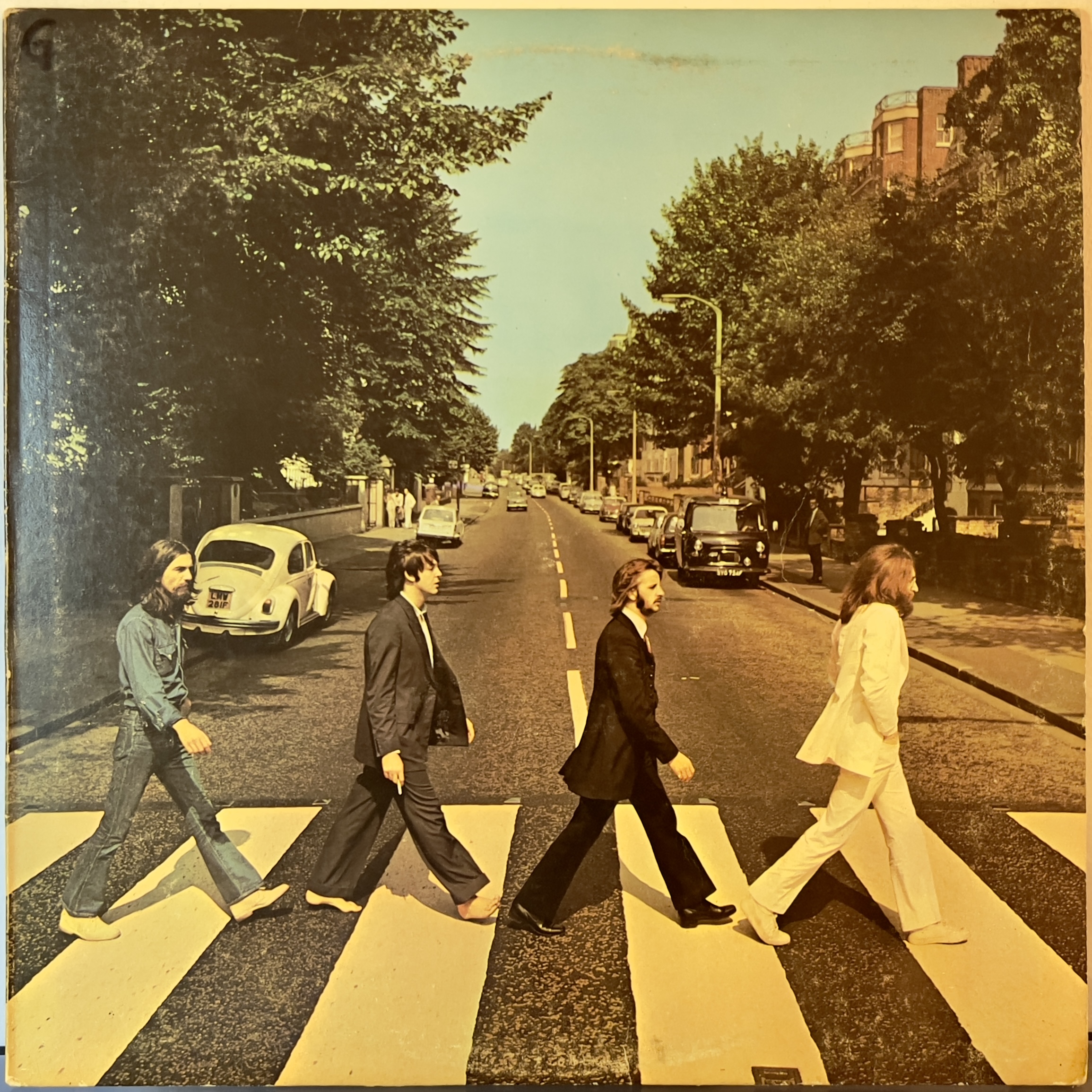 When I reviewed the White Album, I said that I had heard it more times than I could possibly estimate, and that’s true of “Abbey Road” too.

I love this song every time I hear it, and yet I never consider it one of my favorite Beatles songs. Why is that? Could it be because Bob Dylan obviously contributed to the lyrics?

If I had been in the band, I would have tried to make the tempo faster, but I would have been dead wrong: this song must be just as slow as it is.

In any case, Come Together has never sounded as good as it does on my father’s vinyl, playing on his Yamaha turntable and blasting through his pair of Advent loudspeakers.

Many consider this to be one of George Harrison’s greatest compositions, but I think it’s just all right, that Harrison was maybe too virtuosic-showy, and that a more straightforward rock version would have been better. Also, though I guess I’m supposed to assume he wrote this song about an adult human female, knowing the intensity of his commitment to Hinduism, some part of me can’t shake the idea that the song’s subject was Lakshmi, the consort of Vishnu.

Faul’s granny music. Is there a granny somewhere who enjoys this?

This song is probably the best tribute to John Lennon’s musical genius that was ever composed by Faul McCartney. As of Monday 15 August 2022 6:48 PM EDT, it is my absolute favorite song on on “Abbey Road”[1], and I think it’s awesome how much the intensity increases over the course of the song, how McCartney’s Lennonesque vocals evoke their early records, how it’s simultaneously both a hard rock song and a corny piano lounge love song.

As the greatest Beatle, I’m always attentive to Ringo’s work (notwithstanding some of the dreck he did in the 1970s), and I really think that this must be one of his best songs. Does that mean that it’s a great song in its own right? Not exactly, but I love all the little guitar parts in it and I love how it begins and ends.

I Want You (She’s So Heavy)

This song is probably the best parody of John Lennon that was ever composed by John Lennon. The way the guitar takes over powerfully after the first switch from the “I Want You” part to the “She’s So Heavy” part is pure gold. I wish he had taken the time to write some more lyrics for it.

Also, I love that it’s dark and eerie, even a little threatening – and it’s about Yoko.

I’m totally incapable of listening to this song without immediately listening to the Velvet Underground’s response to it, Who Loves the Sun, and today is no different, but today was the first time I ever looked up the two songs to see other people acknowledging their relationship – and to my shock, many people deny it! Anyway, the Beatles’ song is not as good as the Velvets’ – Harrison was clearly trying to make a Faul McCartney track as Lou Reed was trying to make a hit single – but it’s still pretty good.

I’ve never been a fan of this song, but I bet I would like it a lot better if they had taken just a snippet of it and put that in their medley.

Also, the synthesizer part has always reminded me of the soundtrack to the movie A Clockwork Orange.

Not that all the songs on the medley are bad, or that they had no business getting included on a Beatles record, but a group that does a gimmick like this has to know that they’re done as a group, right?

Golden Slumbers is the worst. Sun King and Mean Mr. Mustard are also quite bad – and the latter is probably the worst parody of Faul McCartney that was ever composed by John Lennon – but others are relatively good. I wouldn’t have minded at all if Polythene Pam had been expanded into a full length song, and I love Carry That Weight.

There are people who say that “Abbey Road” is the Beatles’ best record, and you know what? De gustibus non est disputandum, that’s what. Just kidding! Those people are wrong. “Abbey Road” still rocks, though.