You are here: Home / Music / Blast From Your Past by Ringo Starr (Vinyl record album review) 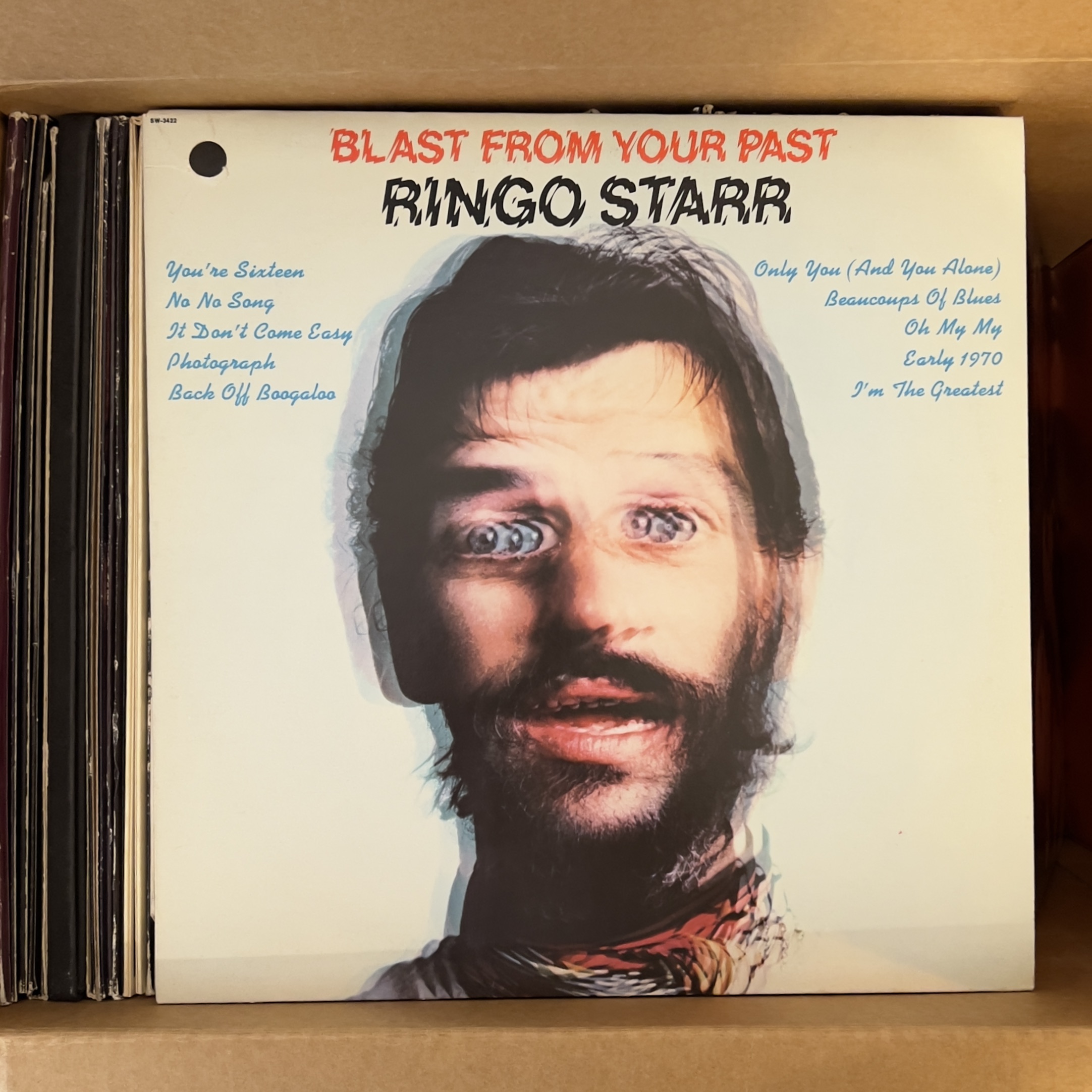 Ringo Starr was (and remains) the greatest Beatle, but I’ve definitely never heard of this record.

Despite my positive view of Ringo Starr, I’m aware that he doesn’t have a strong reputation as a songwriter or solo recording artist, and I am not optimistic about this record.

Oh dear. I guess my first question is, Why would Ringo even make a record like this? Was it just for the money? Was he not getting adequate royalties from his Beatles records in the mid 1970s?

Anyway… No No Song sounded eerily like Ob-La-Di, Ob-La-Da, except it was about cocaine. I’m The Greatest struck me as extremely self-conscious about being a post-Beatles song, which is not a good look.

Back Off Boogaloo was quite bad, and it was around the point when the record got to Only You (And You Alone) that I thought the whole thing might be a joke, and that the joke might have been on me.