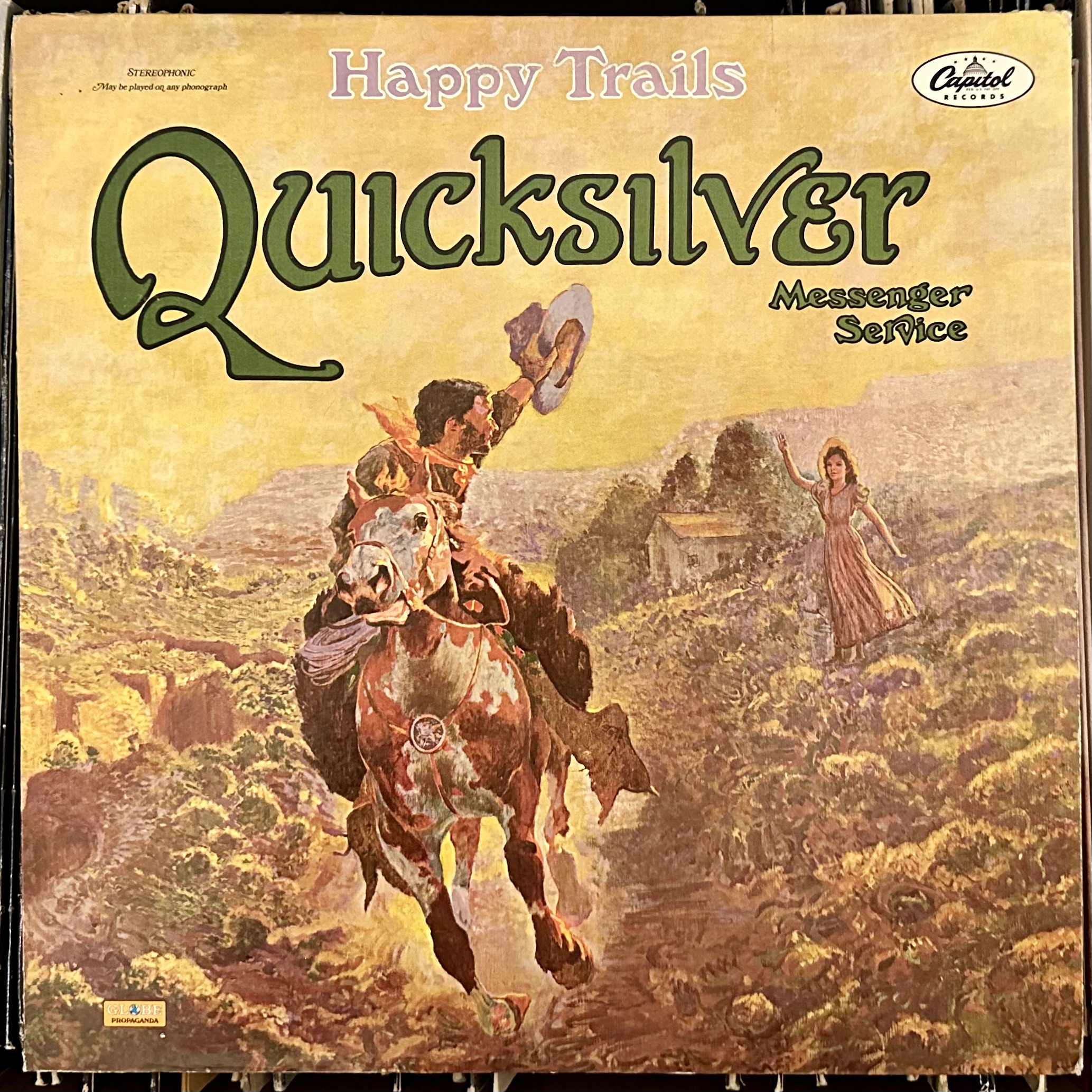 I’ve heard very vaguely of Quicksilver Messenger Service before, but don’t know anything about them or this record.

It’s a bit hard to get an impression of what the musical style will be like from the album cover. Maybe country or folk.

This was a pretty far out live recording of some cosmic American music! I liked it!

The entire first side was taken up by a 25:22 “song” called Who Do You Love Suite, sort of an extended riff on Bo Diddley’s Who Do You Love?, not really a cover but an exploration that used his song as a starting point for something that was part hippy rock jam, part jazz style improvisation, part overarching theme, and part set of six discrete songs.

It had some awesome electric guitar solos and was pretty psychedelic and mostly instrumental. It did get quite slow at points, like the band members fell asleep one by one, and then something brought them back to life and the psychedelic rock returned. At over 25 minutes, I’d say it was about 15 minutes too long.

On side 2, Mona was another Bo Diddley song, but taken to 11, with very simple but powerful percussion, fantastic guitar work, and slow enough that I could almost feel the vibrations of each guitar through the floor speakers in my living room.

At times, I could have thought that Maiden of the Cancer Moon was a Jimi Hendrix song.

Calvary was like a theme from a western movie that had somehow been revived in psychedelic form. I thought it was great, and though I recognize that my description makes it sound like Neil Young’s (phenomenal) score from the Jim Jarmusch movie Dead Man (one of my lifetime favorites), it wasn’t like that at all. One thing I didn’t like at all about Calvary was that it lasted over 13 and a half minutes, and it sounded like about five minutes of that consisted entirely of guitar feedback.

Happy Trails (the song) was cute, I guess. At just 47 seconds long, it didn’t exactly have a substantial presence on the record, and I wouldn’t have minded at all if they’d recorded it as a real song (let’s say, at least two minutes long) or just left it out, but I understand that it’s a Roy Rogers song, and I used to eat fried chicken in one of his restaurants, so I guess I have to like it.

What this record needed more than anything else was something like an editor to come in and ask tough questions, like: you guys are a really impressive band and you make great music, so why would you want to release an LP with all this filler, when you could record a few more actual songs for it?

That said, I did enjoy it a lot, and don’t think I’ve ever heard anything quite like it, though it does fit neatly in that cosmic American music genre.

My review of Happy Trails by Quicksilver Messenger Service: 5/5 (love it).