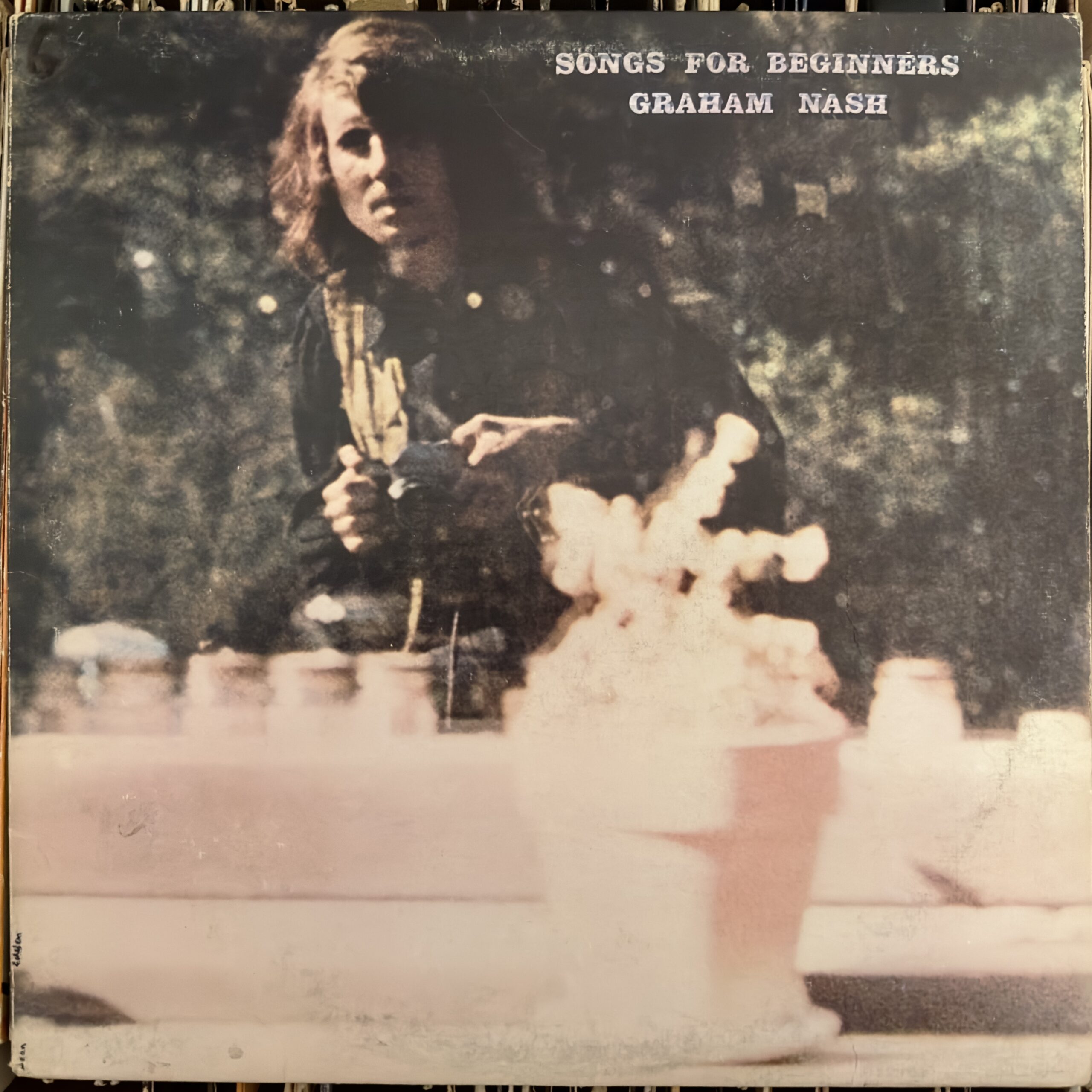 I’ve heard of Songs for Beginners, but don’t think I’ve ever listened to it. Other Nash records that I’ve reviewed are:

I believe there will also be at least one Hollies record coming up in the next several months, and possibly more than one.

I was a little worried that Songs for Beginners was going to be similar to, if not quite as bad as, Stephen Stills 2, but it wasn’t, and in fact I thought it was pretty decent!

There were some boring songs on it – Wounded Bird and Simple Man, for example – and Sleep Song sounded like its name. Those were easily offset, however, by Man in the Mirror and Chicago, either or both of which would have sounded right at home on a CSN record of the same era.

There’s Only One weirdly reminded me of the Netflix documentary Searching for Sugar Man about the American musician named Sixto Rodriguez who became famous in South Africa without his knowledge (and I mean that as a compliment).

Several of Nash’s songs sounded a bit more musically edgy than I might have expected, like Military Madness, which had somewhat adventurous vocals and a wah-wah pedal that I liked; and Better Days, which had an interesting, moody sound, with lots going on, and which at different points felt maybe like a Beatles song (that probably would not have made the cut for inclusion on a Beatles record); and I Used to Be a King, which had a tiny bit of a country sound, and which was less boring by the end than I thought it would be at the beginning.

The only truly bad song on this record was Be Yourself. I thought at first that it would be a Bob Dylan parody, but actually it was a parody of itself whose chorus consisted of a group of people singing:

And then at the end of the song, it was repeated with variations, including:

We Can Change the World also was subpar, making me think of We Are The World, which I’ll probably be skewering some time around late November or early December, assuming I stick to one record per day until then.

Overall, Songs for Beginnings was really well put together, and while I’m confident saying now that Nash’s work was far better than Stills’, it was hardly on par with Neil Young’s at the same time (and I don’t think I’ve listened to David Crosby’s).