You are here: Home / Music / We Are the World by USA for Africa (Vinyl record single review) 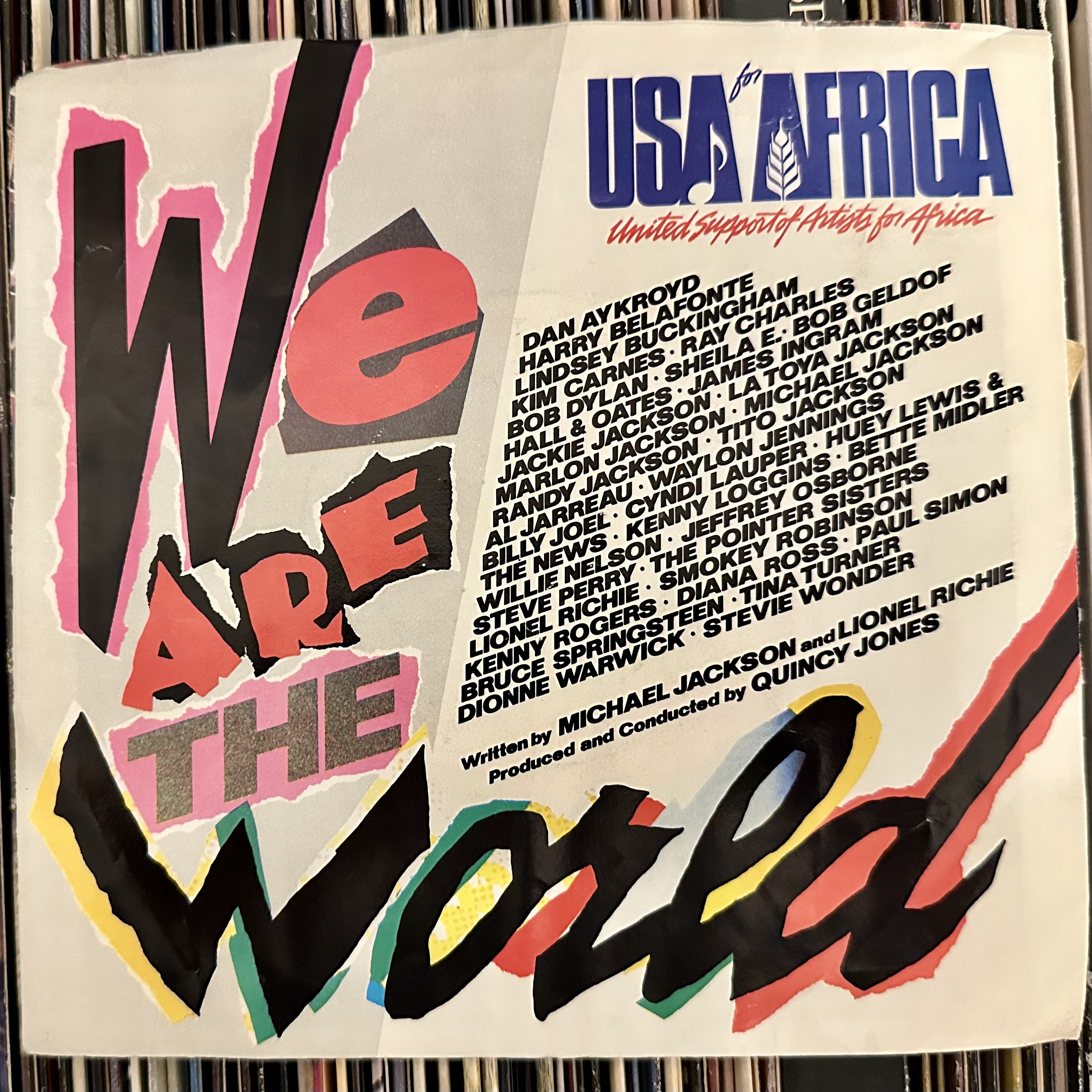 My only personal memory of We Are the World is that my preschool teachers arranged for my class to sing it[1] (and I’m sure the children of Ethiopia were really moved by our rendition), but of course in the past several decades it’s been something of a cultural touchstone.

Dozens of celebrities wailing about one or two lines apiece of a pretty bad song.

We Are the World is not the worst song ever recorded, but I don’t think it’s a stretch to say that it’s one of them. Its style is gospel, but that really isn’t fair to gospel as a genre and to all the great gospel groups, like the Staple Singers. This is better characterized as a crappy mid 1980s pop track with gospel style vocals, and it basically has the musical quality of a Xmas carol.

The worst vocals were by Bob Dylan, and the most comically melodramatic vocals were either Cyndi Lauper’s or Bruce Springsteen’s.

The B side was a song by Quincy Jones called Grace, a sort of space agey techno instrumental track that sounded like the score for season 6 of Twin Peaks.