You are here: Home / Music / Wind on the Water by Crosby & Nash (Vinyl record album review) 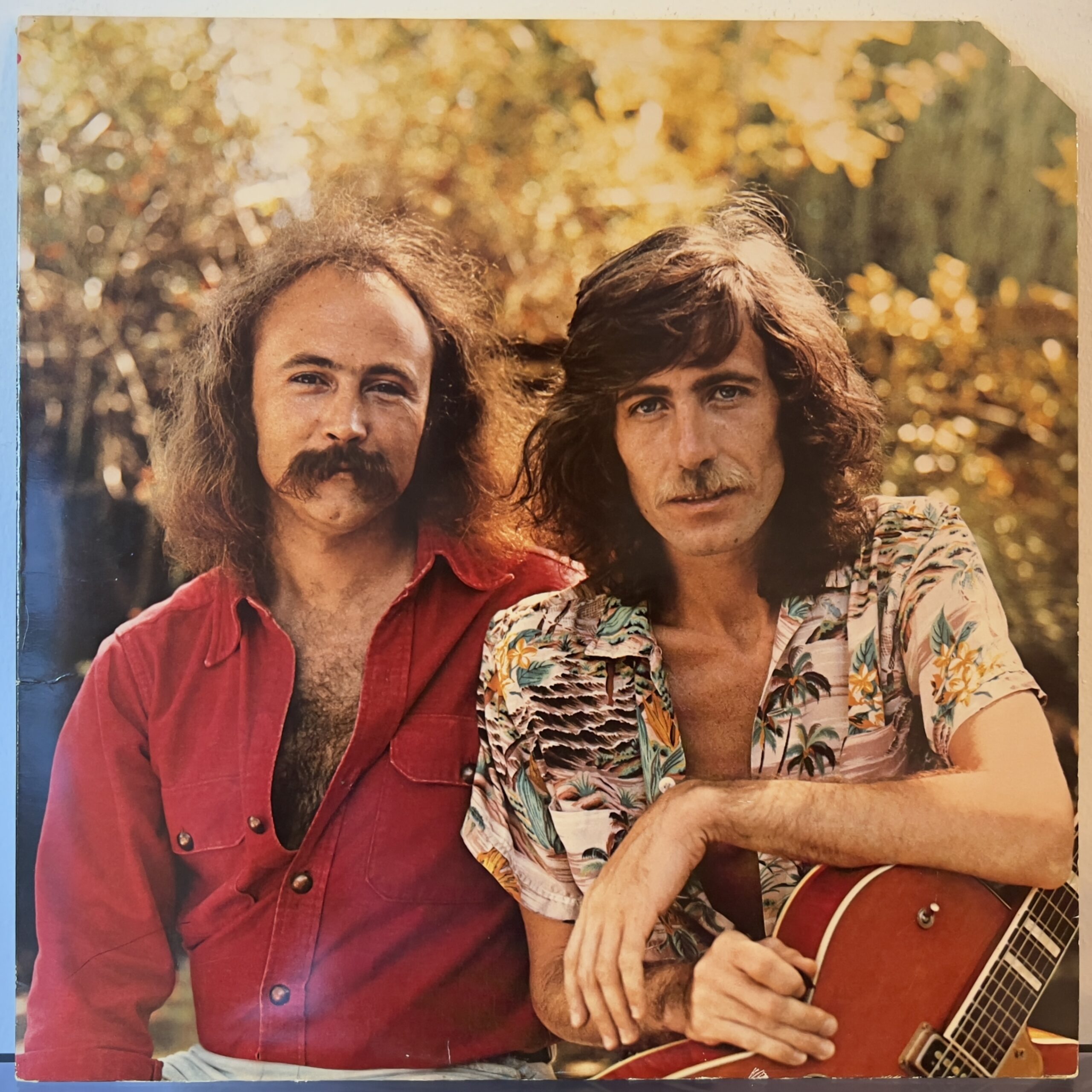 I’ve never listened to this record and don’t think I’ve ever listened to any of the work of the Crosby & Nash duo, though I’ve previously reviewed several that come from the Crosby, Stills, Nash and Young cinematic universe:

I anticipated that I probably wasn’t going to enjoy this record, and I was right about that, though it had more of a rock sound than I predicted. For example, Low Down Payment was a hard rock song. Take the Money and Run, on the other hand, had a pretty extensive country sound with a lot of fiddle.

There weren’t any songs on Wind on the Water that made me want to listen again, though.

Also, I generally avoid commenting on someone’s physical appearance, but Graham Nash looks very unwell on the cover, almost emaciated, but I just checked in and he’s still doing fine after 47 years, so that’s a relief. David Crosby has always had the same goofy look.