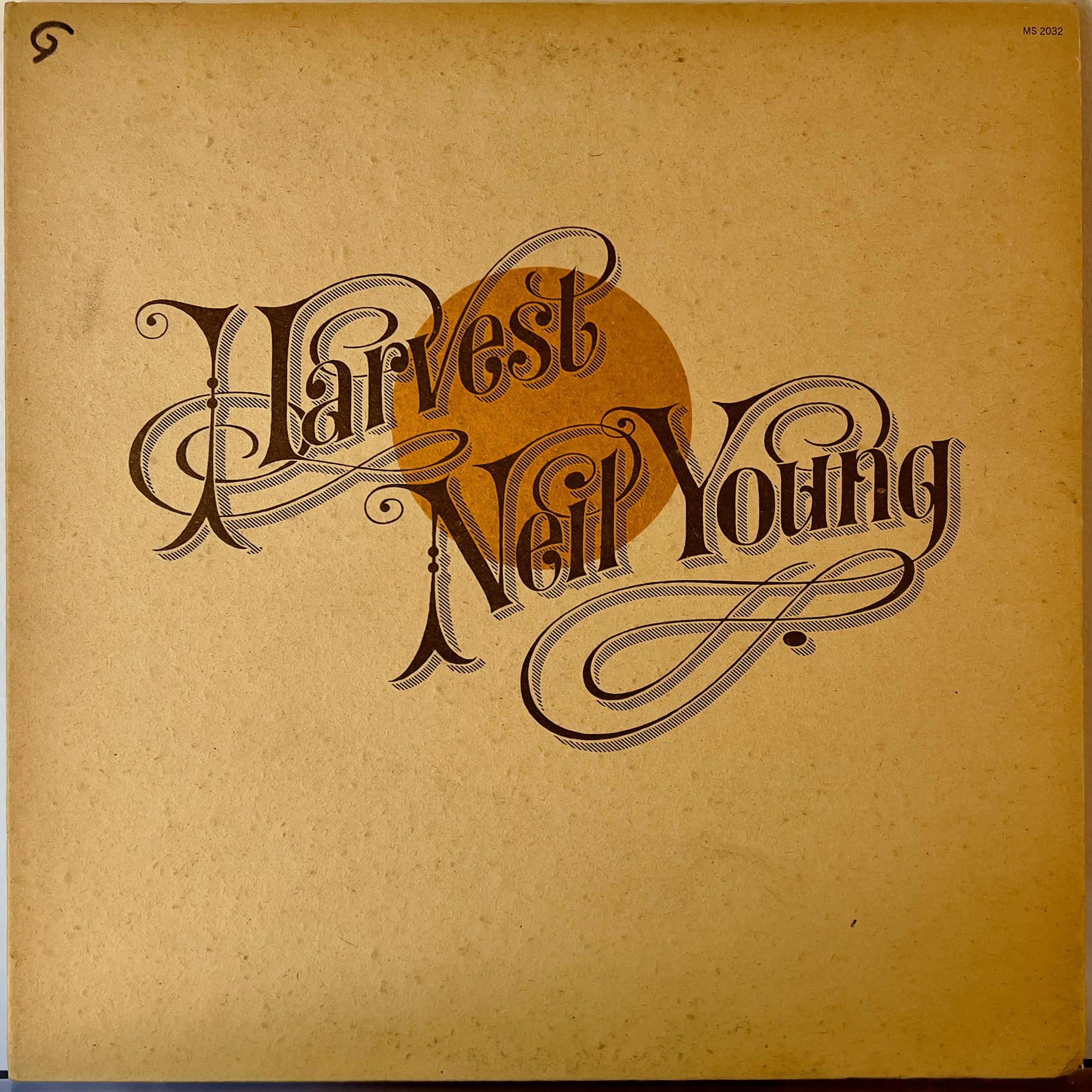 I’ve listened to “Harvest” more times than I can possibly count: like the Beatles, the Beach Boys, the Rolling Stones, Jimmy Buffett and a few others, my parents played Neil Young a lot when I was young, as they were both big fans.

My mother also once described “Harvest” as the soundtrack to her college life (1970-74), though curiously her copy of this record seems to have disappeared along with a lot of other favorites, leaving only my father’s copy in the collection.

My memory is that I bought my own CD copy of “Harvest” in fall 2000 from a magical and wonderful website called UrbanFetch.com, when they were having their going-out-of-business sale. I just rifled through a box of CDs and found it in there, along with “Harvest Moon” and “After the Gold Rush,” so it seems at least plausible.

And on the subject of hearing things differently as we age, there was a long time when The Needle and the Damage Done was just some words and some music to me, some lyrics attached to a song that didn’t necessarily have to mean anything, but it definitely means so much more now (and why isn’t this song longer?).

I’ve never been a big fan of A Man Needs a Maid or There’s a World – the whole symphony orchestra accompaniment just seems really unnecessary, and if Neil Young wanted to get a more layered, textured wall-of-sound sort of feel to these songs, I don’t see why he didn’t get just more guitars and harmonicas. Also, these songs just put me to sleep!