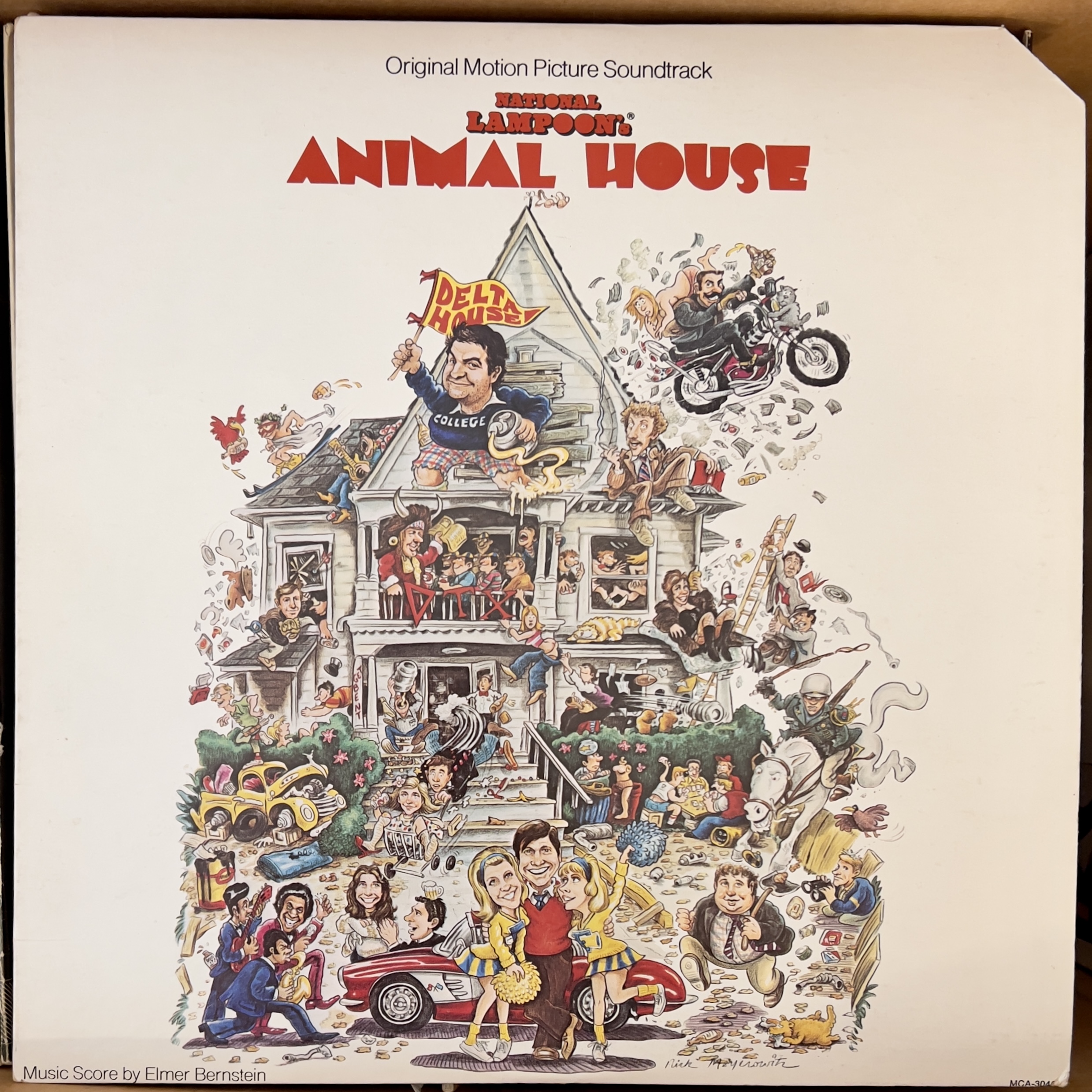 To begin, Shama Lama Ding Dong (not to be confused with Sha Na Na’s cover of the Edsels’ Rama Lama Ding Dong, which is also excellent) is one of my all time very favorite songs ever, so of course I expected it to be included here, and it was.

I don’t normally listen to soundtrack records very often, but I have heard a great many of them over the years, and I don’t recall it being common for them to include sound clips from the movie. To me, that would be more like what I would expect to hear from a score, as opposed to a soundtrack. At any rate, this soundtrack inserted movie dialogue in a bunch of places that made me keep thinking, “If I wanted to hear the scene from the movie, I would just put the movie on,” which raises the question, “Why do people buy and listen to soundtracks?” I don’t know.

Also, was the song Animal House actually used in the movie anywhere? Or did was it just written and recorded solely for the soundtrack?

Anyway, Shama Lama Ding Dong is awesome and DeWayne Jessie, who played Otis Day in the movie, has made an entire career out of reprising that appearance, and there are some amazing covers of it on Youtube, such as this one and this other one.

I think also that the cafeteria scene in Animal House, set to Sam Cooke’s (What a) Wonderful World was my first exposure to Sam Cooke, and I’ve since become a lifelong fan.