You are here: Home / Music / These Things Too by Pearls Before Swine (Vinyl record album review) 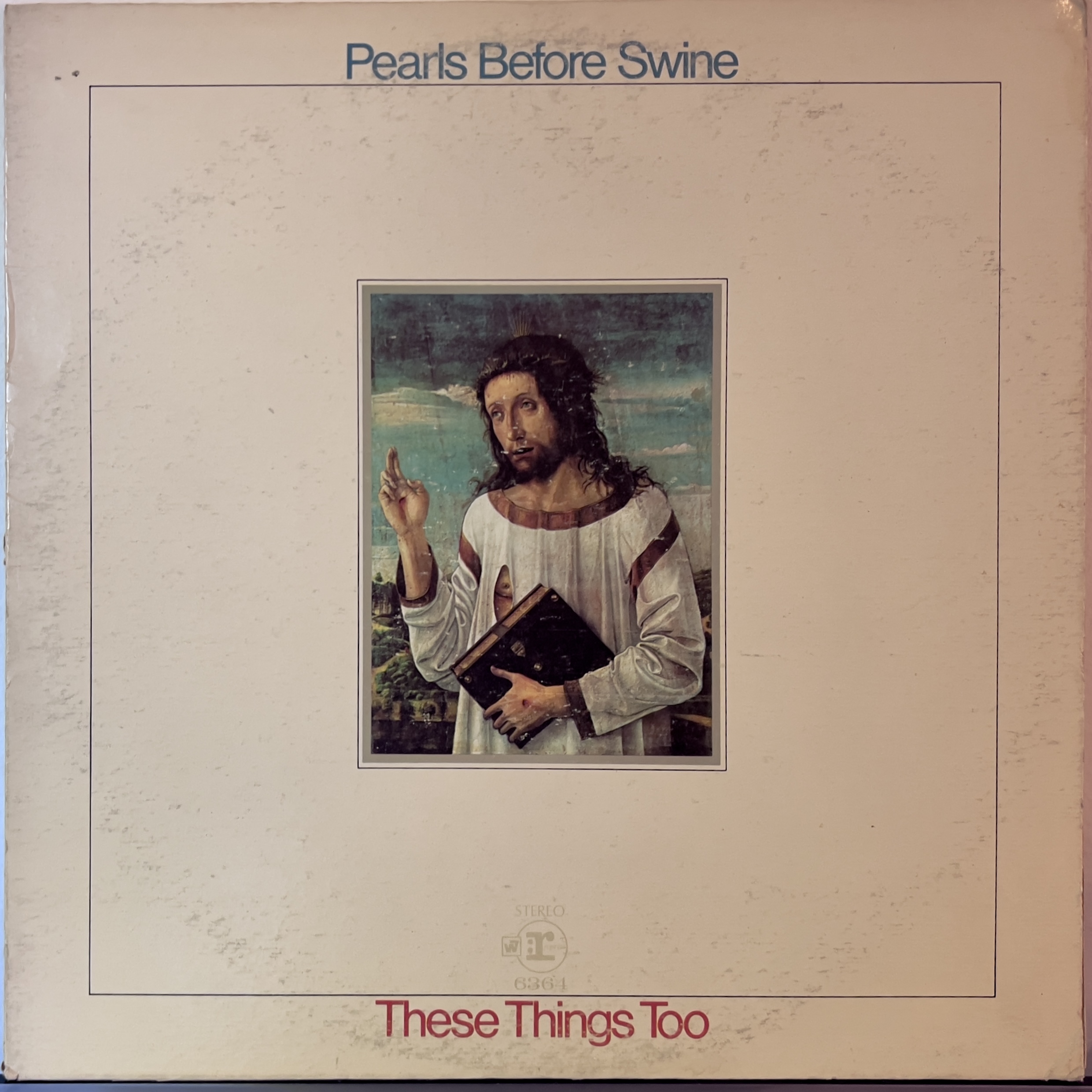 I listened to The Use of Ashes by Pearls Before Swine last week and enjoyed its psychedelic folk rock, but that’s the only time I’ve heard any of their music.

I assume it will be more of what I liked last week.

Here’s an interesting coincidence: yesterday I described Joan Baez’s cover of Bob Dylan’s I Shall Be Released, on Any Day Now as “very good,” and Pearls Before Swine also covered I Shall Be Released on “These Things Too,” but it was not good. Not terrible, though – but not good.

Much of “These Things Too” could be described the same way, and it certainly didn’t evoke anything like when I listened to “The Use of Ashes” and found myself surprised at how much I enjoyed it. Basically all of the songs on this record were wistful, listless, moody and mopey, and it was difficult to find anything that I really enjoyed.

Frog In The Window was like a child’s version of Oompa-Loompa music, really quite terrible, and I was totally baffled by the 22-second long, nonsensical Green and Blue.