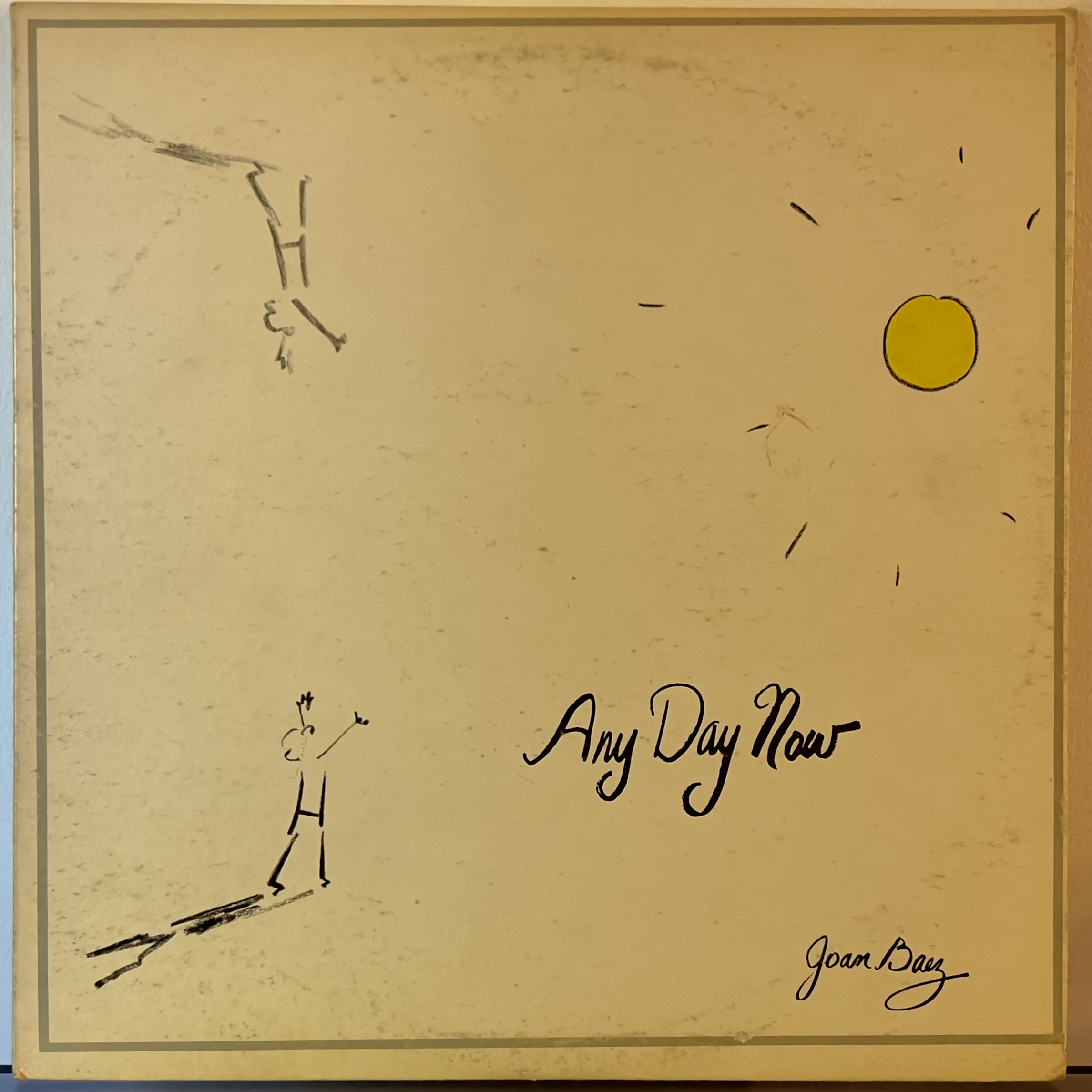 I’m familiar with Joan Baez, and I’m familiar with the songs of Bob Dylan (and I’m aware that Baez and Dylan dated for a while in the early 1960s), but I have never heard this record and never knew that Joan Baez was so into Bob Dylan that she would be motivated to record a double album of his songs, years after they had broken up.

Like it says on the back of the album: “This is a collection of Bob Dylan’s songs sung by Joan Baez.”

I actually think it’s a fascinating and stimulating idea to take Dylan’s corpus of great songs and let them be interpreted in a recording studio by some who is, you know, actually good at singing. On this, not only did Baez not disappoint, but I kept finding myself wondering what it would have been like if she and Dylan had recorded a lot of these songs together in the first place, like as a duet. I do think he might have had to get some vocal training for his voice to work with hers, but there’s no shame at all (as someone who can not sing) in someone who can’t sing learning how to sing.

At various other times while listening, I kept having the unnerving experience of letting my mind wander and just enjoying the music for a bit, and then my ears would perk up and alert me that the music was familiar, but not exactly something I had heard before: “Hey! I know this song! This is a Bob Dyl-… oh, wait. Yeah.”

Also, this was a lot more country than I expected! For example, Love Is Just a Four-Letter Word (which it seems that Dylan himself never recorded) and Walkin’ Down The Line had much more of a country sound than I might have guessed before listening.

Baez’s version of I Shall Be Released was very good, and I thought her Sad Eyed Lady of the Lowlands was excellent. Her Boots of Spanish Leather was also great. In fact, overall I’d say that Dylan’s work as a whole stands up quite well to being recorded by Baez.

It does make me wonder, though, to what extent his songs really make sense when performed by someone else.