You are here: Home / Music / The Use of Ashes by Pearls Before Swine (Vinyl record album review) 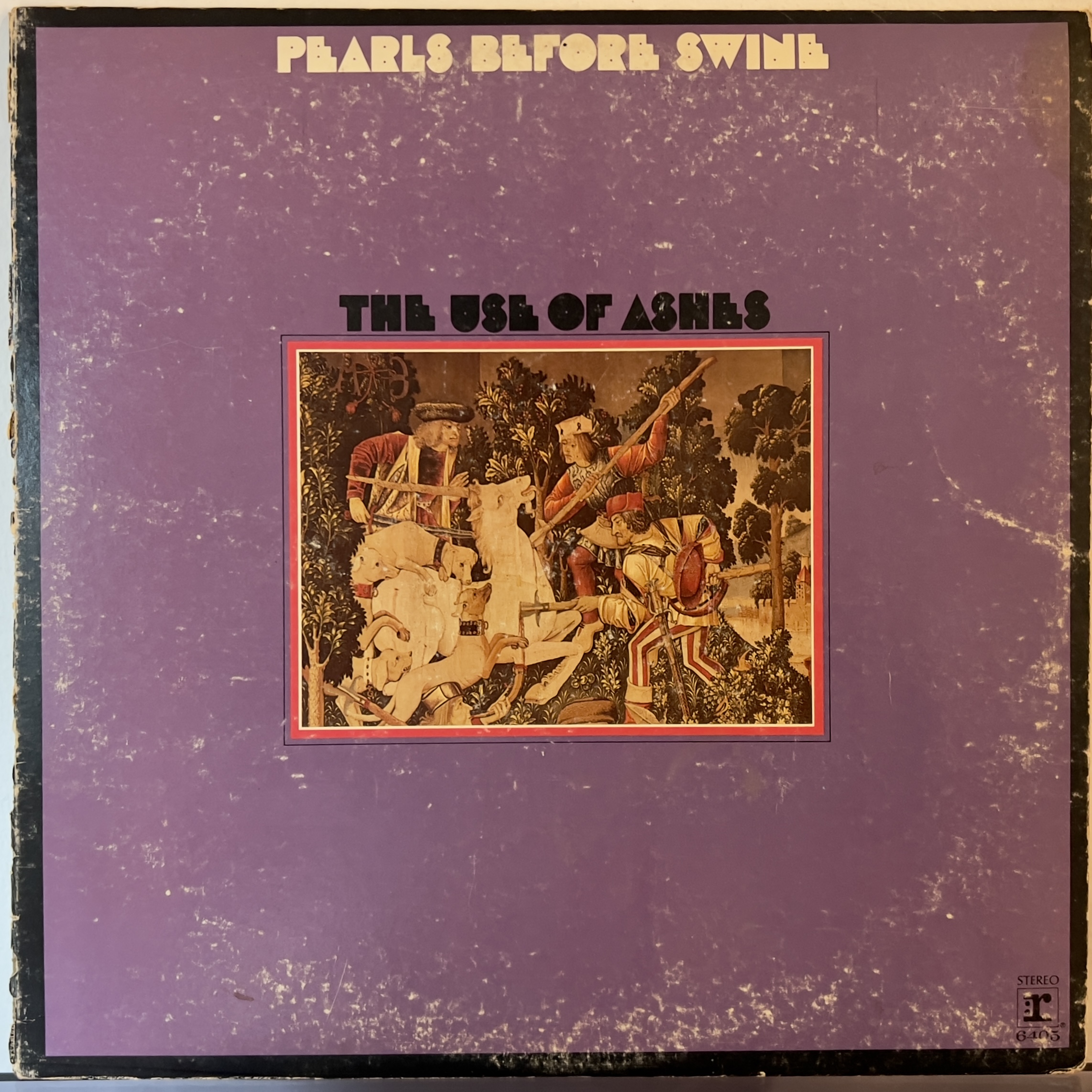 I know that there are a bunch of Pearls Before Swine records in my father’s collection, but I’ve never listened to any of them before and don’t remember him listening to them when I was young.

This was definitely more psychedelic than folky, but still folky – kind of a psychedelic folk.

I liked it a lot! The first side seemed far stronger to me than the second side. Tell Me Why was a little too self consciously weird for my taste, but I enjoyed The Jeweler.

Also it may be worth noting that the back of the album looks like it was thrown together by Tom Rapp, who was apparently the only real/consistent member of the group, on his typewriter, and that it contains the following: