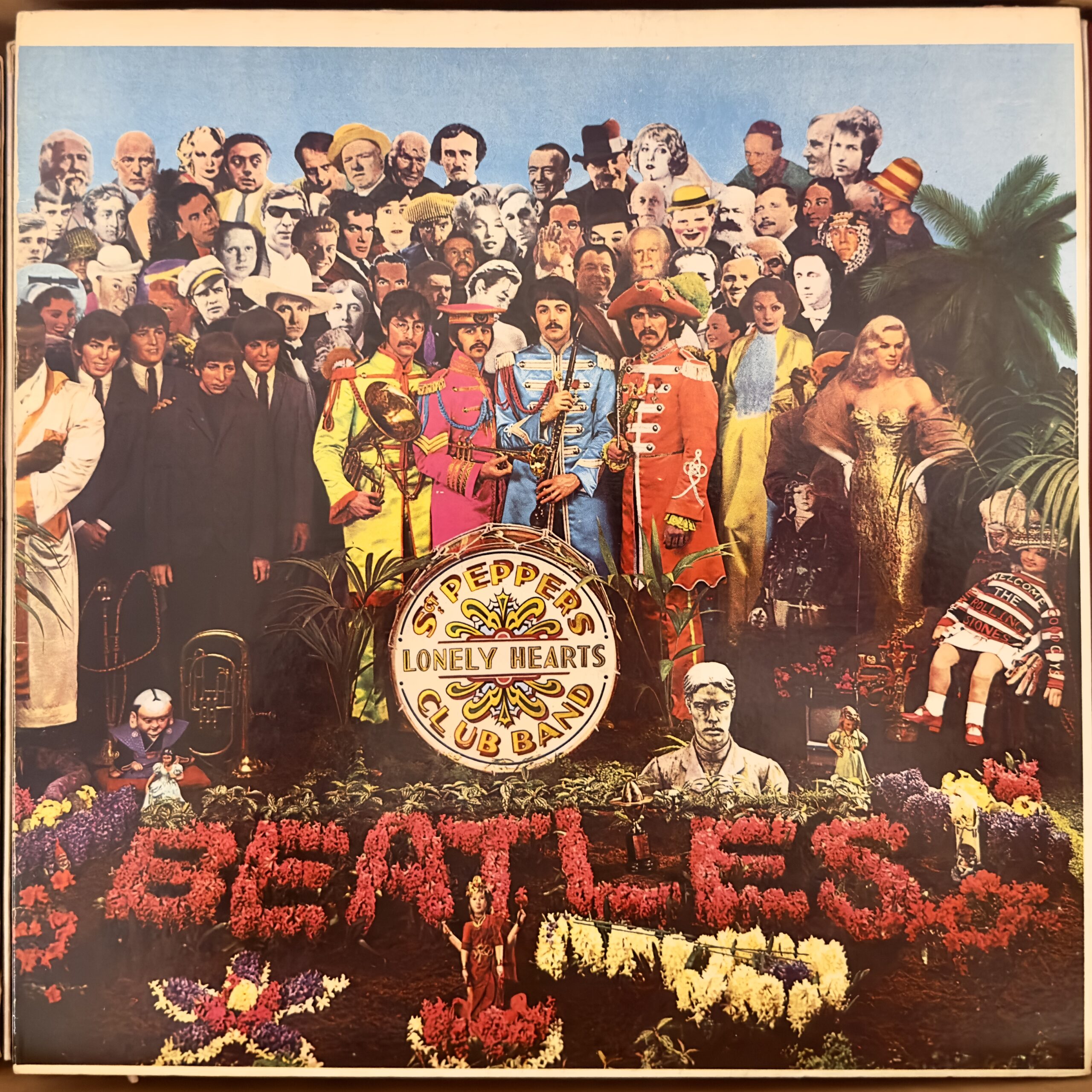 I think Sgt. Pepper is probably the music I’ve heard most in my entire life, because it was a favorite of my parents and then my own favorite. I’ve described it as a desert island album, as the Beatles’ greatest achievement, and sometimes as my top record of all time.

It’s incredibly difficult to write reviews of these songs, because I feel like I’ve known every note and every lyric of all of them since before I was even born, like they’re almost a part of me, and because of the way that they’ve always seemed to run together to me as one rather than as distinct tracks, reinforced by the “concept album” structure of Sgt. Pepper.

Long ago, I read about the idea that in the distant future, Beatles songs will be the nursery rhymes of their day, and every time I’ve come back to that idea over the years, it’s always been Sgt. Pepper‘s songs that I imagine five year olds singing as they jump rope.

Listening to it this time, my favorites are With a Little Help from My Friends and Being for the Benefit of Mr. Kite!. I’m not sure that I’ve ever identified the latter as a favorite before, but I’ve always enjoyed it because of its weirdness and because I think it’s representative of the record overall. I wrote about the former a little bit when I reviewed the Woodstock soundtrack, but I’d add to that how easy it is to listen to this as being totally innocent and quite entirely about friendship of the sort that kids have (before they know what “getting high” means).

If one thing that both of those songs share is their sense of joy, wonder and happiness, She’s Leaving Home has always struck me as the archetypal sad song, sadder than any love song ever could be, because people may fall out of (romantic) love but find it again, while that’s not possible for the love a parent has for a child.

Within You Without You is one that I didn’t even remotely get when I was a child or a teenager, but it’s really endeared itself to me as an adult. It was not only my first exposure to classical Hindustani music, but the first time I was introduced to any Indian culture of any kind, and as a longtime admirer of Indian civilization (and fan of Ravi Shankar), I hear it all the time, even when it’s not playing.

I think it’s only fair to mention the elephant in the room on Sgt. Pepper, which is When I’m Sixty-Four, one of the worst examples of “Faul’s granny shit” that was even lame enough for my third grade teacher to get my class to sing it for her.