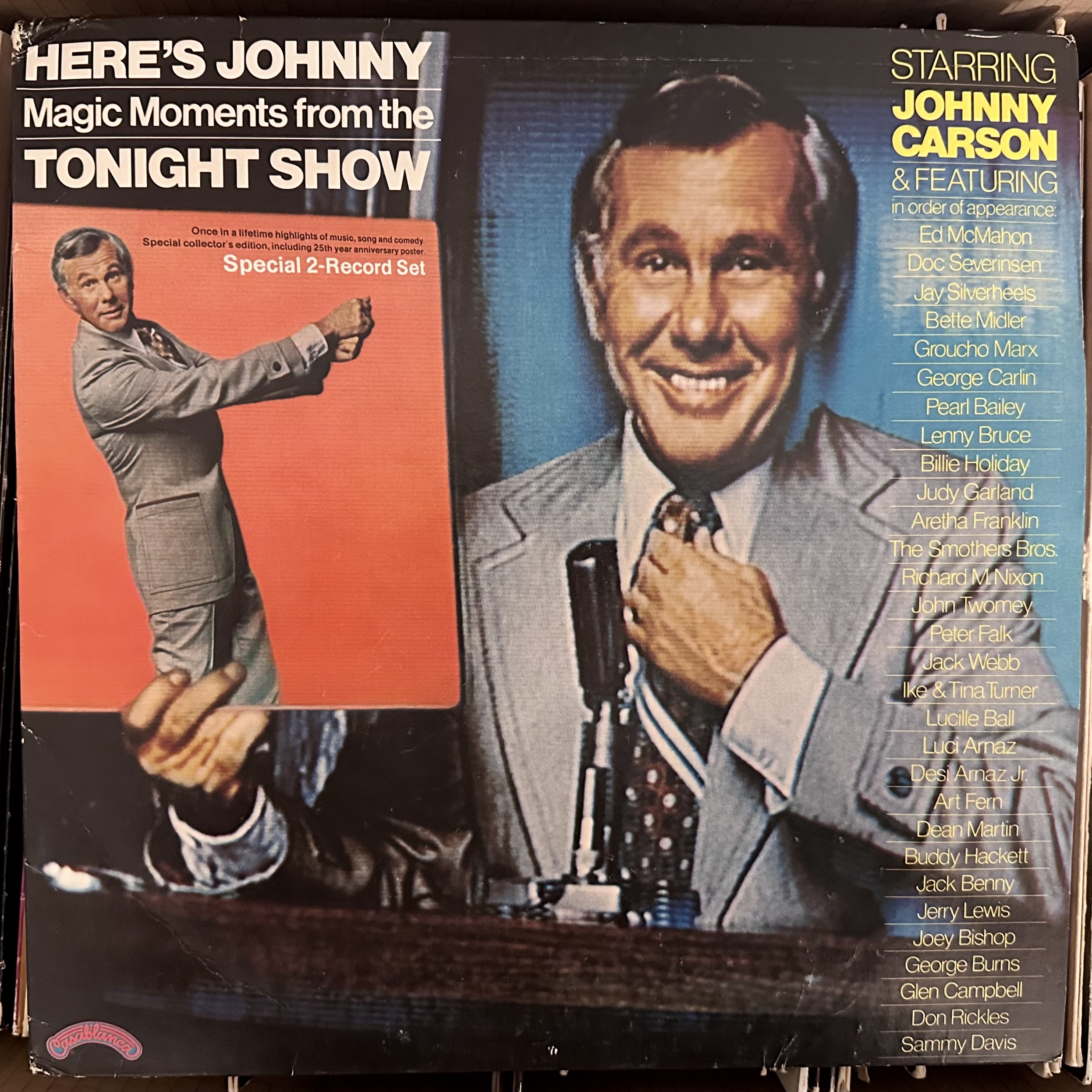 I’ve never particularly been a fan of late night television or its format of a moderately progressive host sitting at a desk, reciting jokes and interviewing celebrity guests, while appealing to the widest possible audience of adult Americans, yet letting them all think that they’re “edgy” for watching network- and advertiser-sponsored cultural commentary after dark.

I probably last saw The Tonight Show around the time I graduated high school in 1999, and I’ve definitely heard of Johnny Carson a lot, but am surprised to know that he was still making new episodes as late as 1992, meaning that I could have watched him and even understood a lot of it, if it had not been on way too late for a kid in elementary school.

My guess is that this will be a little bit like I Can Hear It Now / The Sixties, starring Walter Cronkite.

While listening to this, I wondered some more about what made so many people so loyal to late night television, and besides the obvious (it was the only thing on, and everyone else was watching it because it was the only thing on, meaning that everyone would be discussing it at work), came to another idea: there’s something weirdly intimate about feeling that one “knows” a celebrity because that celebrity has appeared out of character, sharing personal anecdotes, while one is in one’s pyjamas.

Anyway, following along in audio was surprisingly difficult, as I am not that familiar with all of these people. For example, I could not figure out the Smothers Brothers’ jokes without seeing their faces.

A highlight was Doc Severinsen and His Sweetheart Band’s Ode To Billy Joe, which was a pretty good funk song.