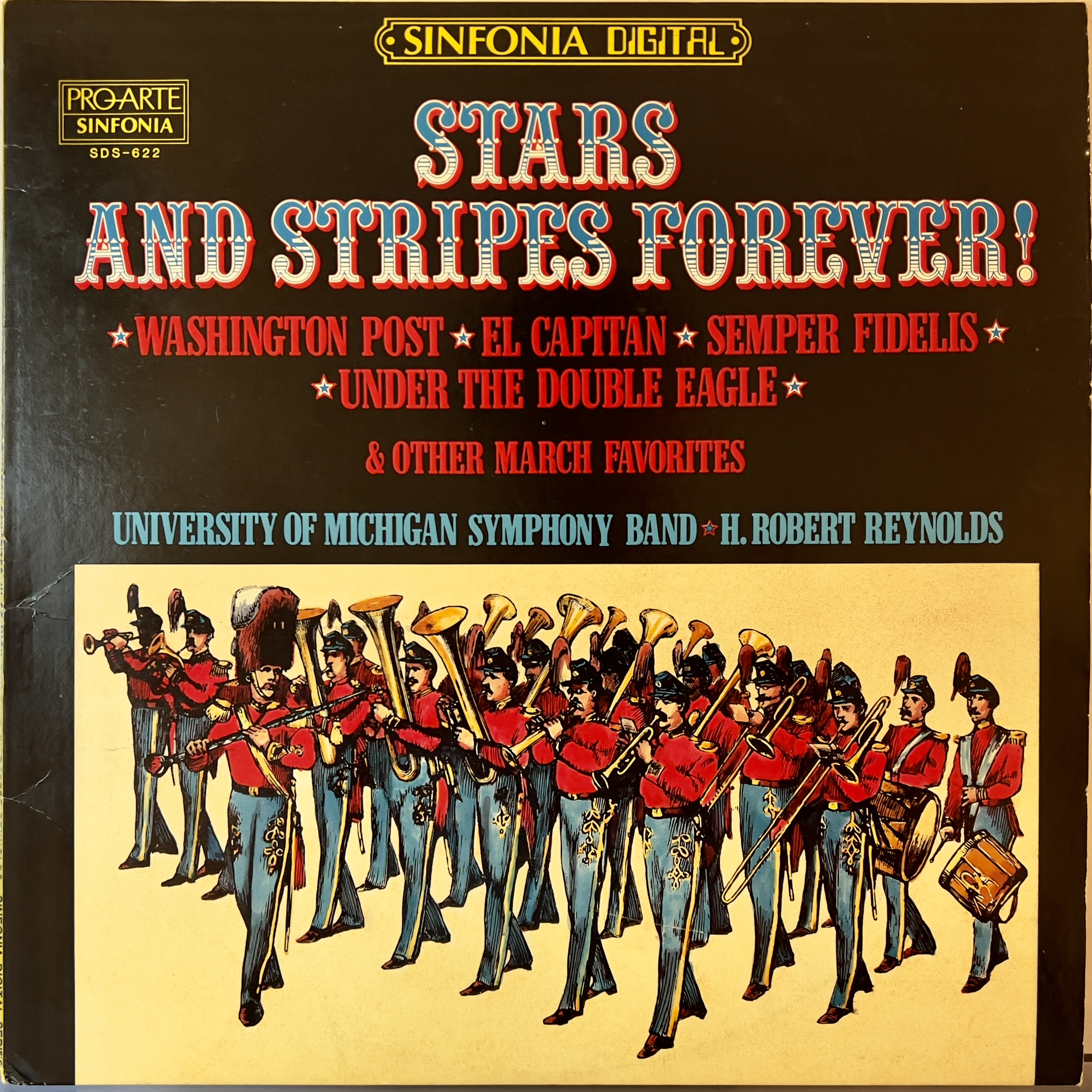 Ummmm… I guess I’ve heard a variety of military marches at different times, like at Independence Day fireworks or Memorial Day parades.

A heaping dose of patriotism, delivered by a large variety of brass instruments and some percussion.

Before I even try to write anything about this record, I have to address an important question, which is why I found it in my parents’ collection, and the answer is that I don’t know. I assumed that it was my father’s, but he hasn’t weighed in on the matter, and my mother only claims that I loved listening to patriotic military marches as a small child. Is that true? I have no idea, but I do know that small children like whatever music that they perceive the adults expect them to like, which brings us back to the original question.

I also recall, and my mother confirms, that my maternal grandparents were extremely enthusiastic about American patriotic songs, even routinely singing songs like God Bless America[1] on car trips, so maybe the record came from them? Unfortunately they’re not around anymore, and neither of my parents seems prepared to admit to purchasing it, so its origin is likely to remain a mystery.

Ok. I’m afraid that I have no idea how I can even evaluate this form of music to write a review of it. It’s fun to listen to it, though, and even though I think the military march genre really lends itself to the Oompa Loompa style, these songs don’t strike me as Oompa Loompa music at all, which is wonderful.