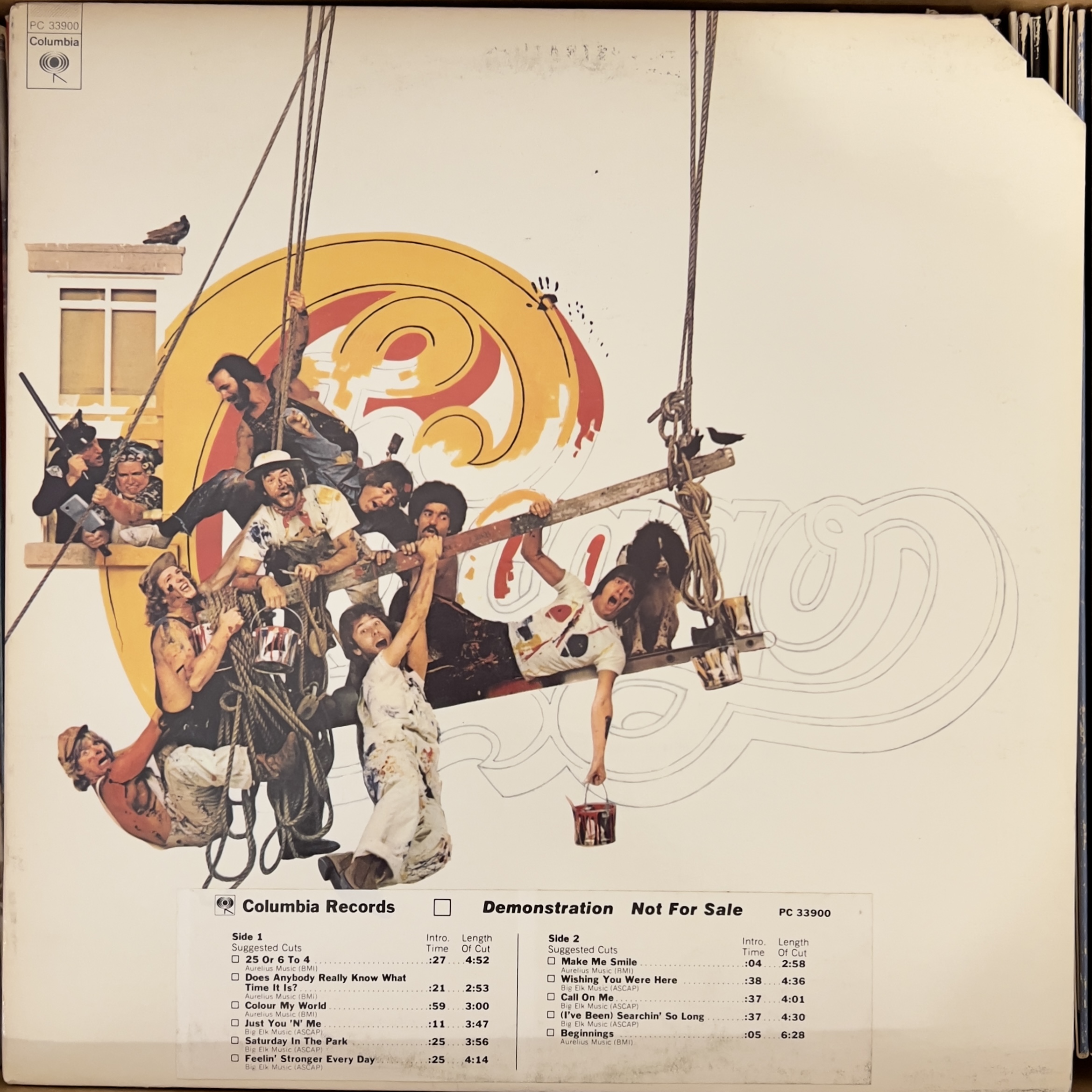 I’ve heard of Chicago, but don’t know anything about them and don’t think I know any of their music.

Also, this album is just labeled “Chicago,” so I thought it might have been a self-titled debut record, but it was not, and in fact, this group had something like 15+ records that are all called “Chicago,” making it extremely difficult to figure out which one this was. What an obnoxious thing to do.

I did recognize one song on this record, Saturday In The Park. I didn’t hate it, but I also wouldn’t make any effort to listen to it again, either.

25 Or 6 To 4 had a pretty good blues rock / hard rock vibe with a strong guitar riff, though I wasn’t sure how the brass section fit into it. Make Me Smile was also ok.

Everything else on the record was pure filler, which was pretty distressing as this was meant to be a sort of greatest hits collection.