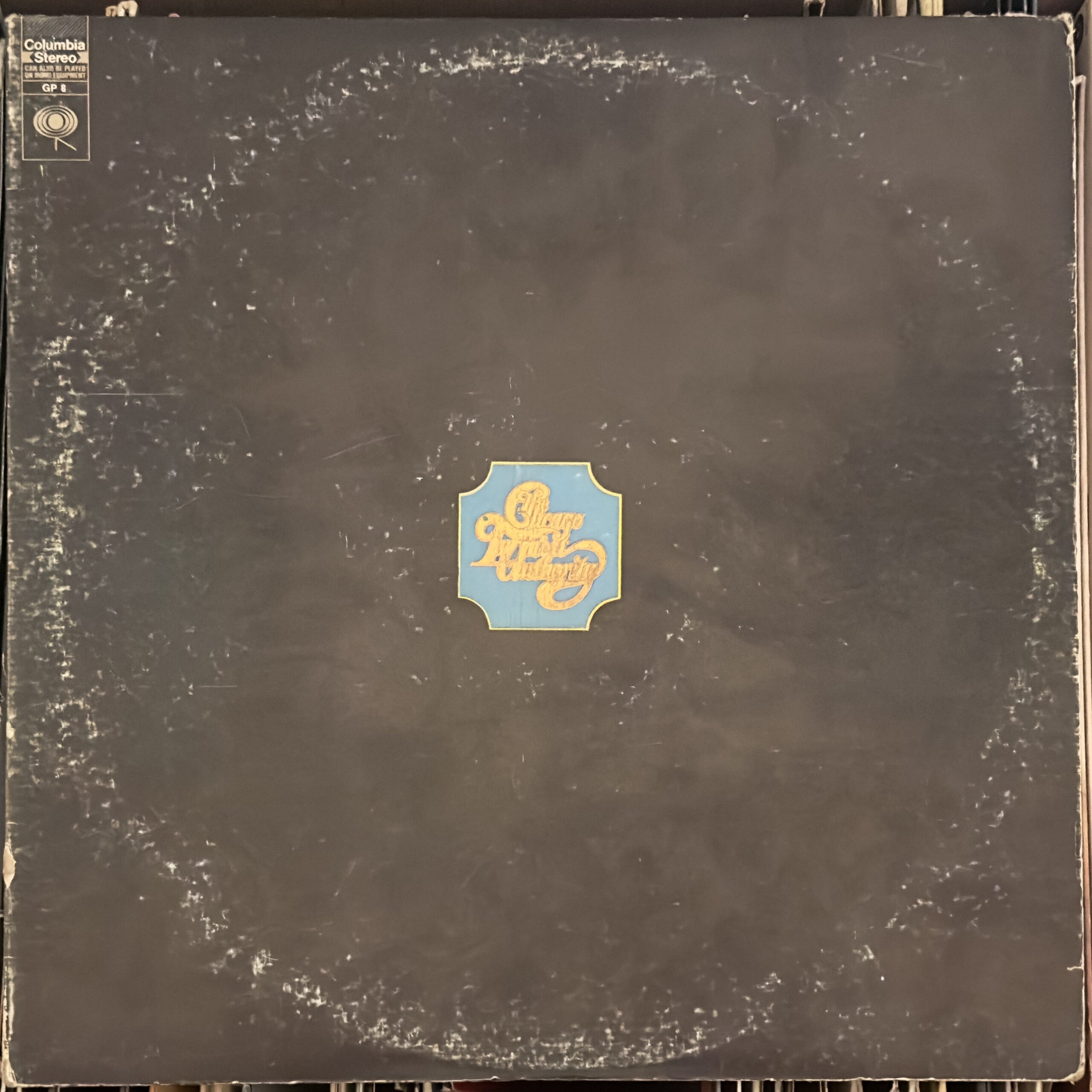 This was a bit confusing. I’ve never really made a mental distinction between the bands “Chicago” and “The Chicago Transit Authority” until today, when I took this record off the shelf and realized that they were actually different groups. But then when I tried to figure out what record this was, I realized that “The Chicago Transit Authority” was actually the original name of “Chicago.” So, they were in fact not different groups.

On the telephone, my father said that this record was rock, but more jazz than rock, and that I’d like it.

It was terrible. From the opening bars of Introduction, I thought it would be a funk record, but that was just more of a jazz song with strong funk influence, while the record overall had a whole lot of brass and was sort of split between rock-influenced jazz and electric guitar feedback experimentation.

I recognized one song, Does Anybody Really Know What Time It Is?, which was both jazz and awful.

Other parts sounded kind of operatic, like Questions 67 and 68 that reminded me of Tommy, which was actually intended as an “opera” (I’ve seen Tommy on the shelf, so expect a review of it some time).

Poem 58 was an example of a Hendrix-style electric guitar rock jam, but lots of tracks included that.

One of the most pretentious tracks to which I’ve listened since I started this project five months ago was Free Form Guitar. Here’s the “producer’s note”:

FREE FORM GUITAR was performed on a Fender Stratocaster guitar through a Snowman amplifier equipped with a twin 15 bottom utilizing a Bogan P. A. amplifier as a pre-amp. No electronic gimmicks or effects were used in the recording of this selection, the intent being to capture as faithfully as possible the actual sound of the performance as it occurred.

I mean, I guess it succeeded, as it sounded like utter crap in my living room and I have every reason to believe that it sounded like utter crap in the studio when it was recorded, and that anyone who’s ever listened to this rubbish and not winced has been on a quantity and type of drugs that I can’t even fathom. If I had to compare its sound to anything, I’d say it reminded me of a stylized car accident, except with less style.