You are here: Home / Music / Wings at the Speed of Sound by Wings (Vinyl record album review) 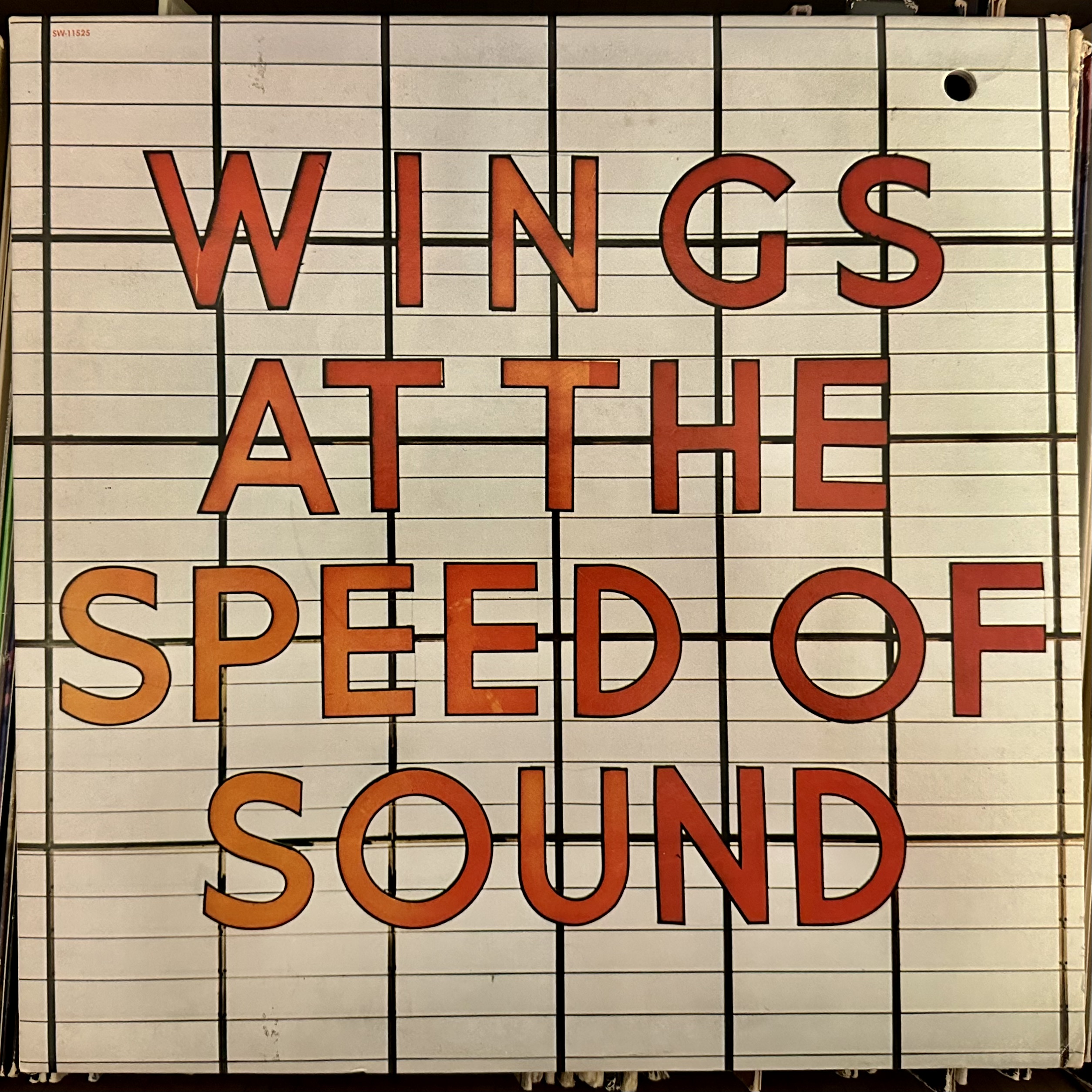 I listened to a Wings record, Band on the Run, back in May, and was not impressed. I’ve never heard Wings at the Speed of Sound before.

Like the other Wings record, this one was pretty bad.

Let ‘Em In had a disco sound, which I found extremely jarring, and also the chorus sounded a little like a fife and drums marching band. Silly Love Songs was also disco. I get that it was 1976, but come on.

Wino Junko was all right, and I liked its electric guitar.

Cook of the House was a very poorly executed rockabilly song that could have been great, if they had been serious about doing it in a rockabilly style.