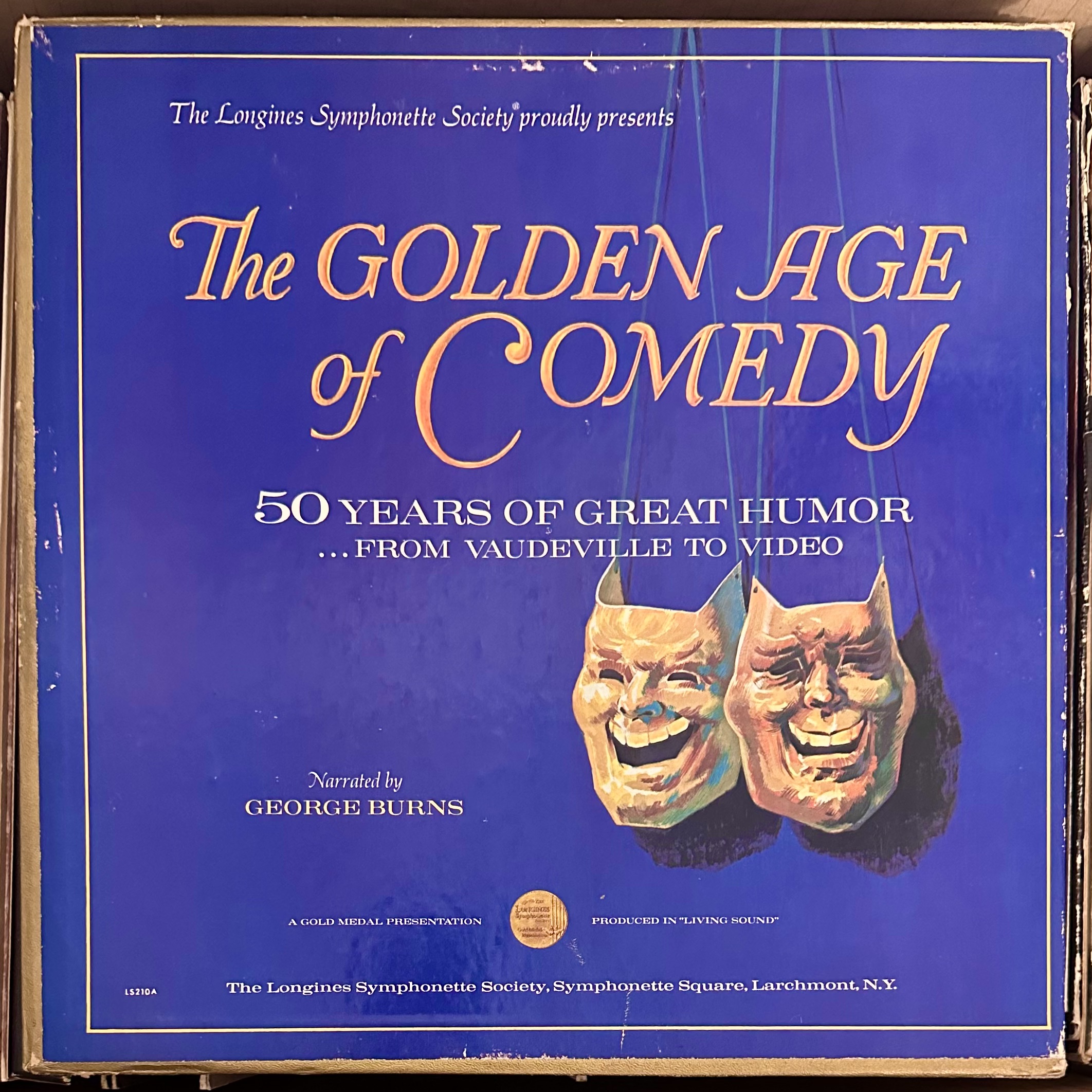 I’ve never heard of this compilation, and doubt that I’ve heard any of the comedy routines (or sketches?) on it, but I have heard of many of the comedians, though only in the context of comedians who might have been popular among my grandparents’ generation.

I guess mid-century comedy, maybe with some puns?

I actually recognized one of these bits! It was the novelty song Hello Muddah, Hello Fadduh (A Letter from Camp) on side 2, by Allan Sherman. I was not really a “camp” person, but this song was definitely something that I knew from my childhood, and even knew to associate it with the Velveeta commercial that was set to the same melody.

Another thing that I did not quite recognize, but had at least heard of, was “The Bickersons,” because my parents used to refer to that bit when my brother and I would argue.

This compilation had a whole lot of accent humor, because apparently other nationalities and ethnicities were considered hilarious – especially the French, blacks, Jews, Italians, southerners, Brooklynites, Germans, and immigrants of all origins.

There were lot of slapstick moments, sound effects, goofy voices, and canned laughter. A whole series of bits had to do with husbands and wives fighting.

The bit on side 6 where they spliced some fake reporter questions into an Eisenhower press conference, to get him to say the opposite of what he actually meant, directly anticipated The Altered Nixon Speech, and part of it was even about Nixon.

Overall, this compilation, at ten sides (five LPs) was extremely long, and I can hardly believe that I (sort of) listened to all of it. Nothing about it was funny.