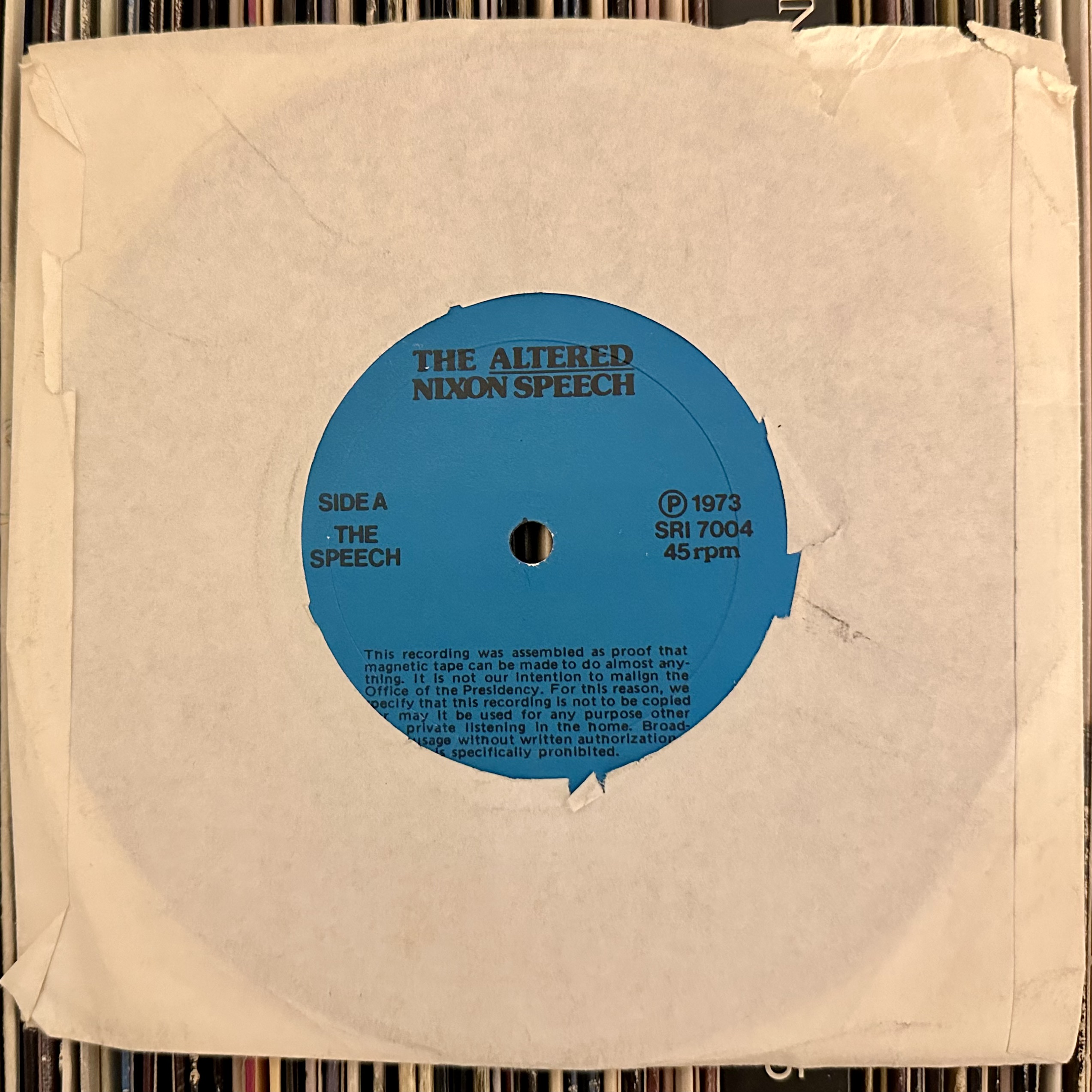 I’ve heard a few Nixon speeches, but I’m not exactly sure which speech this will be.

I listened to side B (Original Material) first. It consisted of Richard Nixon denying any involvement in the Watergate break-in or the coverup of his cronies’ participation in it.

Side A (The Speech) was, as described an altered version of Nixon’s actual statement, in which he was made to sound as if he knew about the Watergate break-in in advance, and authorized it, and is proud of breaking the law, &c, &c.

This must have been unbearably funny in 1973, but in 2022 we have deepfakes and so on, so I was not all that impressed.