You are here: Home / Music / On Stage by Loggins and Messina (Vinyl record album review) 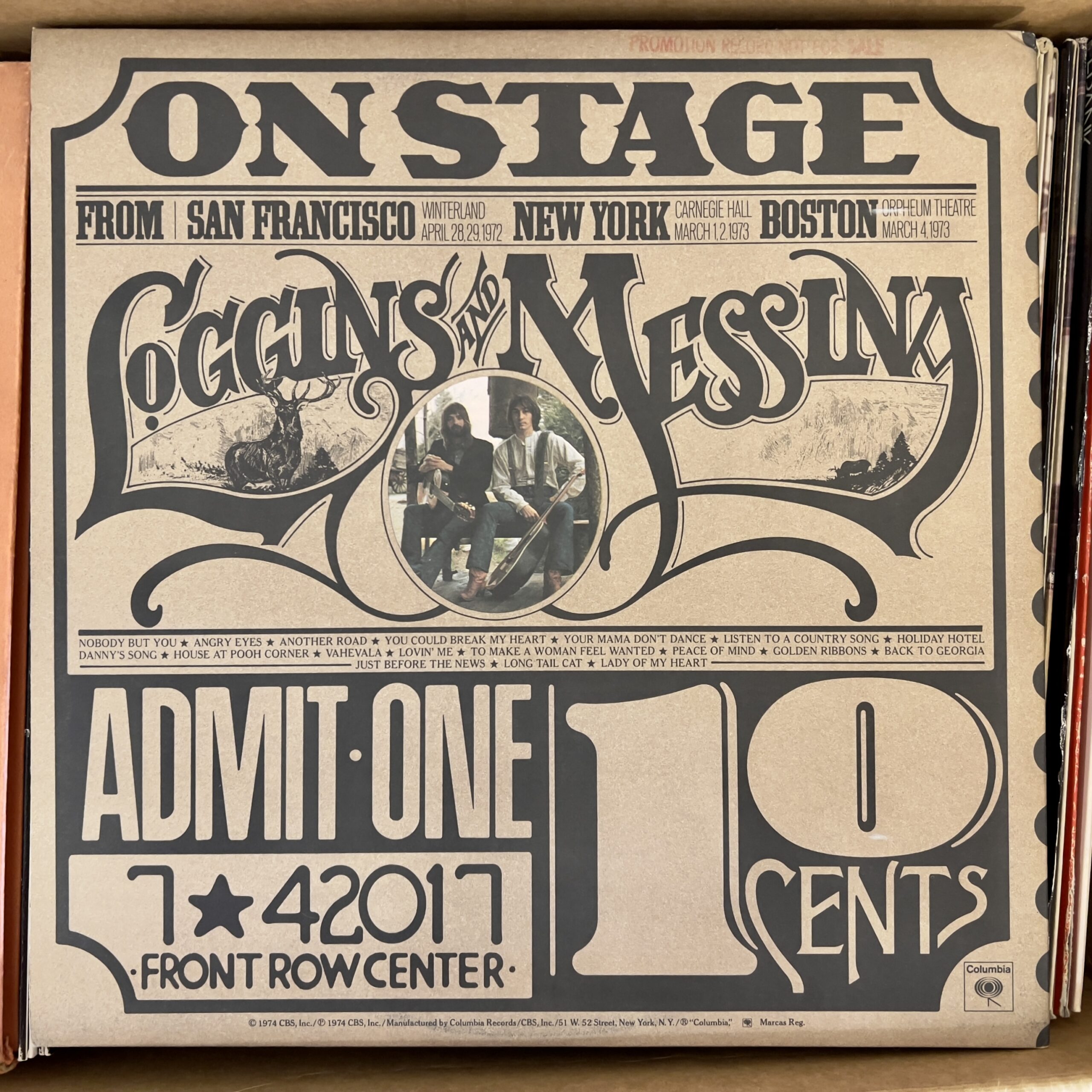 I don’t know very much about Kenny Loggins and Jim Messina, but I listened to Loggins and Messina a few months ago, and wasn’t that into it.

On Stage is clearly a live record, so I hope it won’t have some of the things that I disliked about Loggins and Messina.

On Stage got off to a bit of a slow start, but I definitely recognized Danny’s Song, though I had no idea that it was a Loggins and Messina song. I always thought of it as a kind of campfire type song, without ever stopping to wonder who had written it. The version on this record wasn’t the best, but I was happy to hear it.

The aptly titled Listen to a Country Song was great – very lively and catchy, and I loved the fiddle in it, and though there was at least a bit of country sound throughout the whole record, that track kicked off a stretch that consisted of country songs, through Holiday Hotel and to the next side, where Just Before the News was more of a bluegrass song that was also excellent.

Similarly, Your Mama Don’t Dance was another song that I loved – kind of a rockabilly thing, and the saxophone didn’t even bother me, though I still think that part should have been a guitar part.

On the other hand, several parts of On Stage were rather boring, and those parts tended to be where they used the horns section the most, such as Golden Ribbons and Back to Georgia, as well as parts of Trilogy. It wasn’t as corny on this record as when some other musicians have done it, however.

Angry Eyes was a really excellent rock jam that was a high point on the record.

Vahevala, which was 21 minutes long and took up the entire third side, had a lot going on: rock, country, a strong and prominent bass line, guitar solos, great percussion, flute. Parts of it were pretty dancey and I could definitely imagine this being a hit with concert audiences. Towards the end it tapered off, slowed down and got very tiresome, with seagull noises and other sound effects. Then it picked back up, but there was way too much horns at the very end.

Overall, I was extremely pleasantly surprised by On Stage!