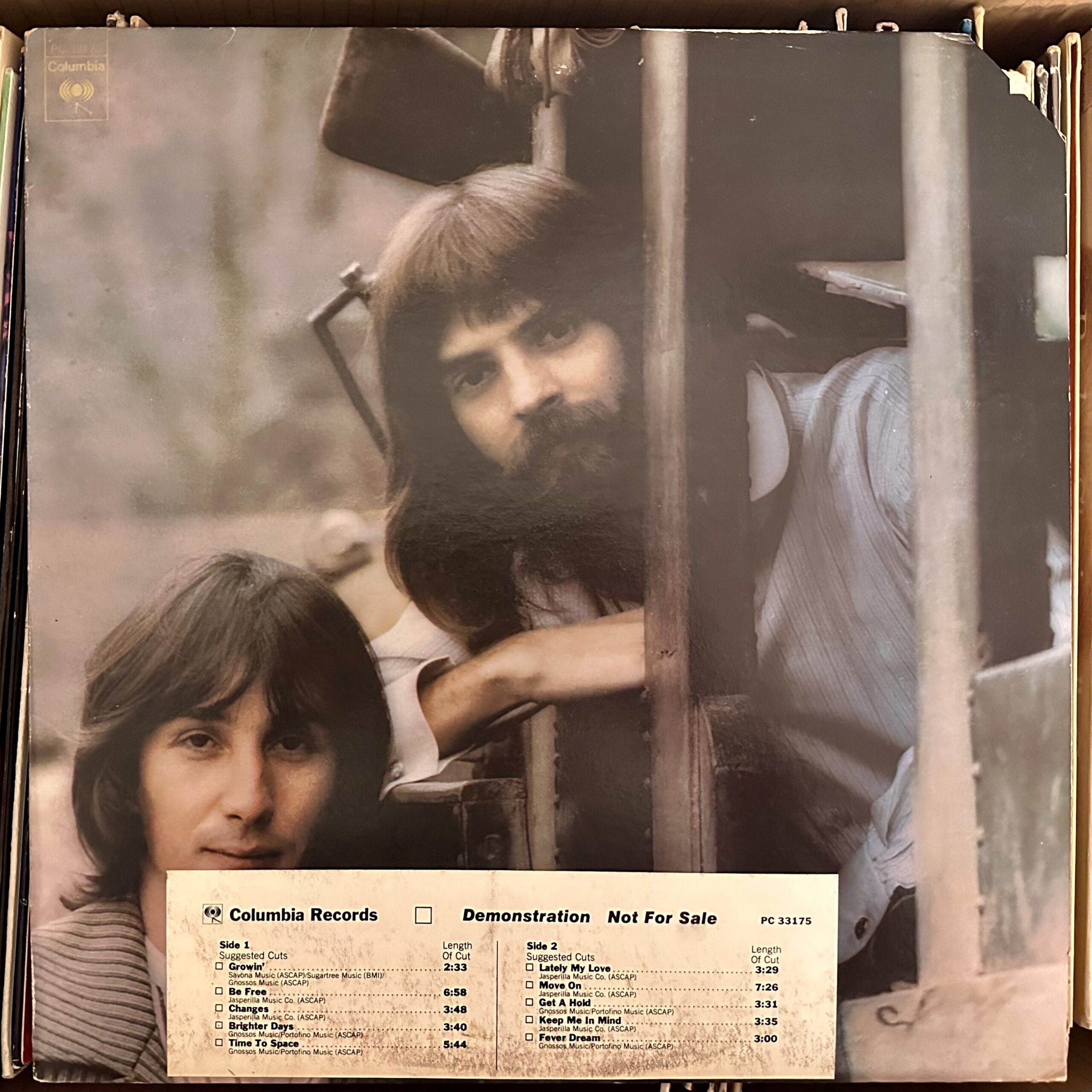 I’ve never heard this record before, but I’ve previously reviewed three from Loggins and Messina:

This was pretty bad!

Growin’ was country, with a tiny bit of disco, but also horns.

Be Free had kind of a folk or traditional sound, with flute, and some jingle bells, and country fiddle.

Changes was a solid country rock song, and probably the best on the record, but the verses were far better than the chorus.

Brighter Days and Fever Dream were both easy listening, with the latter squeezing in all kinds of other genres and instruments.

Time to Space had a terrible saxophone part, and actually I almost stopped listening right at that moment, but then it started with the funk bass and bongo drums, which was so weird.

Lately My Love sounded like it had steel drums and was trying to evoke a Caribbean sound, but did a really awful job at it. By the way, what was it with lots of bands all trying to do that around the mid 1970s? Were they just responding to the popularity of reggae?

Move On had a horrible saxophone solo.