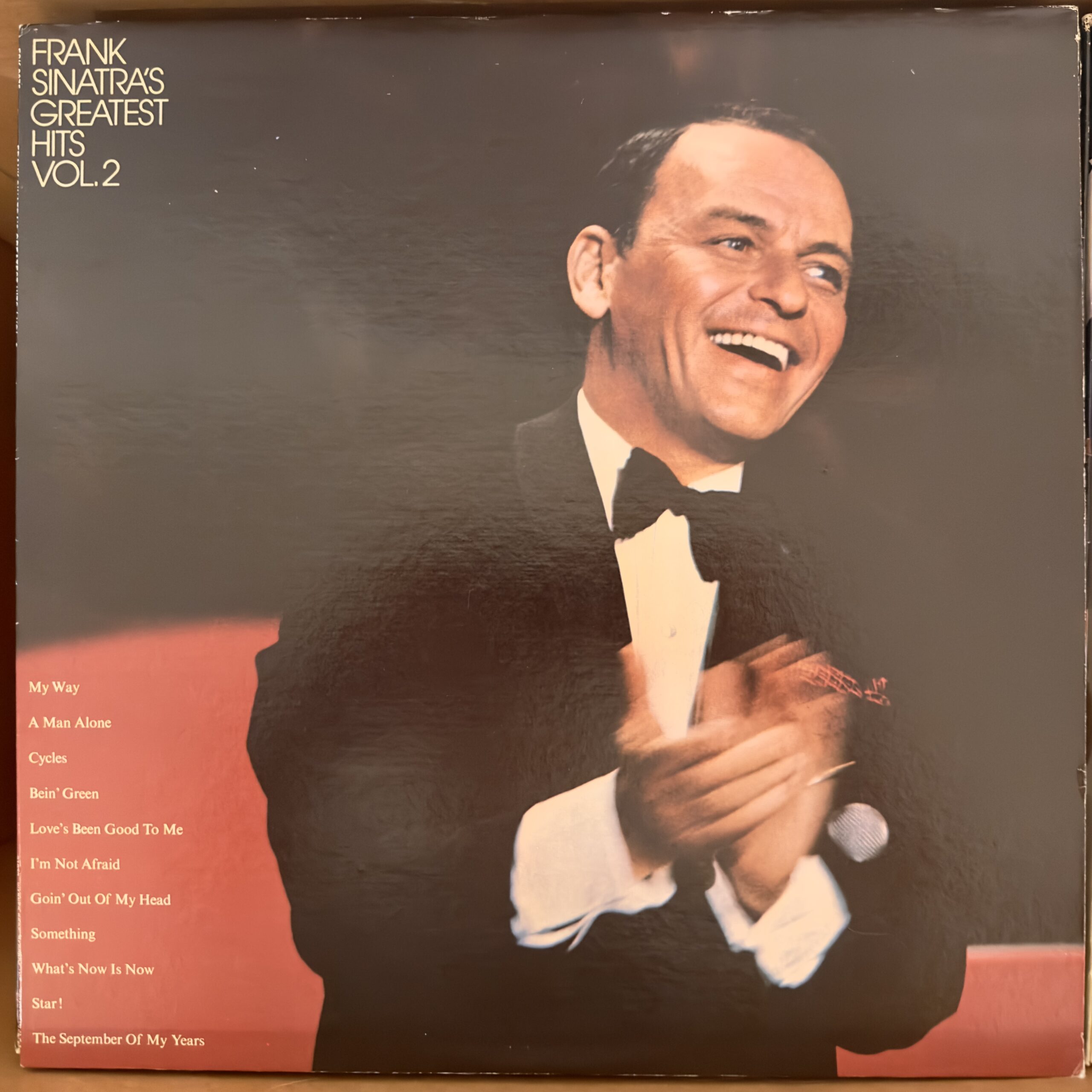 This record is volume two of Frank Sinatra’s Greatest Hits!. I guess it will be more smooth vocals for old people.

My Way is a very famous song that I guess is widely associated with Sinatra, and I thought it wasn’t terrible, particularly after the point where it got a little more lively. What’s Now is Now was decent, too.

Something wouldn’t have stood out at all for being exceptionally bad if it had been a Sinatra original, but it was one of the worst covers of a Beatles song I’ve ever heard (when the overall tone of Sinatra’s version is contrasted with the song that George Harrison wrote and what the group put on Abbey Road).

All the other tracks were pretty typical of what I’ve heard from Frank Sinatra so far.